A HISTORY OF WHAT HAPPENED. Grant Jerkins 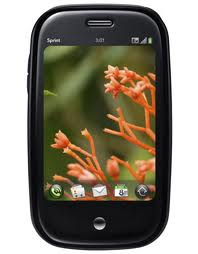 A History of What Happened

“I really don’t mind the scars.”

“Gives it character, don’t you think?”

“The scars are like a map. A history of what happened to it in life.” Kellee ran a painted fingernail over the textured, darkened spot. “Barbed wire. Maybe a kid with a pellet gun.”

“Probably some villager in India with a wire brush and a Magic Marker gets paid to add “character” to the leather.”

“Cows are sacred in India. Holy. Pretty sure they don’t do leather.”

Mitch felt his face flush. Kellee was always making him feel stupid. It was like she had a gift for it. Like it was her mission in life.

“Is a leather couch really worth six thousand? Even if it has character?”

“Is price really the issue?” Kellee shot back, one perfectly sculpted eyebrow arched just so. Her patented Arc de Triomphe.

“Then what are you saying? Exactly?”

Goddamnit, she did it to him again. He wanted to rip that taunting eyebrow right off her smug face. Instead, Mitch pursed his lips and shook his head.

And then he remembered. The first time they slept together, Kellee had used those same words. I really don’t mind the scars. That was when things were still good between them. Before her eyebrow de triomphe had started making regular appearances. Back when she still viewed him as a kind of rebel. Dangerous.

The ringing of his cell phone cut the memory short. The same number. Déjà vu all over again. He’d only had the Palm Pre a couple of days (Kellee had insisted he replace his old StarTAC,) and this same number kept calling. Unsure how to silence it, Mitch waited for the call to go to voicemail before he crossed to the other side of the showroom where Kellee was now talking to a salesman wearing a navy blue blazer.

“Kenneth here says he’ll hold the sofa for us while we look at the bedroom and dining room sets.”

Mitch shook the salesman’s hand. It was soft. And he had the palest complexion Mitch had ever seen. Like his face had been dusted with flour. God only knew how many years good old Kenneth had been hawking high-end furniture under these fluorescent lights. Kenneth was a family man though. Mitch knew that. And a family man does whatever it takes to put food on the table, to keep his eyebrow-arching wife and attention deficit kids safe and happy.

Mitch sometimes wondered if Kellee wanted to turn him into a family man, pop out some defective offspring of her own.

He followed Kellee through the store, and salesman Kenneth shambled along right behind them, nothing more than a Dawn of the Dead extra, making note of each item Kellee picked out, his waxy forehead taking on a sheen as the potential commission kept ratcheting up. And God bless you, brother, Mitch thought. You deserve it.

Mitch nodded at every choice Kellee made. No matter the extravagance, no matter the questionable taste. Not a word of contention did he utter.

Once the items were tallied, Kenneth beamed at the young couple, his skin like glistening dough, rising and ready to burst with yeasty gas. He wheezed out the grand total, a sum so ridiculously high that Mitch thought he’d misheard and asked Poppin' Fresh to repeat it. That’s a new Escalade, Mitch thought. Way to go, Kellee.

“What card will you be using, Sir?”

Mitch held up a finger and pulled the Palm Pre out of his pocket. He fumbled with the buttons for several seconds. He needed to find the photos he’d taken that morning at Kenneth’s house. He could feel Kellee watching him. Making him feel stupid all over again. Surely to God she wouldn’t humiliate him in front of the salesman. He looked around to see if other people were watching, but nobody was close by. Just Kellee. And Kenneth. Like a tag team. Each of them waiting. And then sonofabitch the phone rang again. That same number.

It couldn’t be the man he’d stolen the phone from. No, that man was dead. Probably it was the police.

Finally, Mitch’s searching fingers pressed the right combination of controls. He held the display screen out to the salesman. Kenneth’s face went hard.

Kellee was standing behind Mitch, peering over his shoulder, and he felt her hands encircle his bicep. He heard her painted nails click together as they met over the bulge of unthinking muscle. He flexed.

“U-Haul out front. Call the stockmen.”

“Is this some kind of joke?“

The reality of the situation wasn’t sinking through old Kenneth’s noggin. That was a problem. Luckily, Mitch had an app for that. Shock and awe. He took out a tiny pocketknife. No bigger than a fingernail clipper. He grabbed Kenneth’s hand and slid the blade through the gummy flesh of the palm. Blood oozed.

Now there was color in the salesman’s face. Bright red indignant circles high on his cheeks, the way a child might apply rouge. Mitch made two more deep cuts. Blood was dripping to the floor now, and for a second, Mitch thought Kenneth was going to faint. Too much shock, not enough awe. End of shopping spree.

“Your wife? Your children?” The words brought Kenneth back into focus like a crushed ammonia ampule.

Mitch pulled a handkerchief from his back pocket and tossed it to Kenneth. He watched the salesman wrap his wounded hand, and he realized that those cuts would probably leave scars. Like a map. A history of what happened.

Excellent. I love the line: He wanted to rip that taunting eyebrow right off her smug face. Perfect description of a couple coming apart.

Thanks r2. I overshot the 800 word limit. This was a fun challenge.

I am so admiring of people who can use technology well in a story and set it in an unusual setting. Very nice indeed.

Sweet story, Grant. And so far I don't think anyone has hit the word count, right (I over shot mine by 400)

Keith, can't believe you were over at all, much less by 400. I have to reread Glenn's story. I'll say why when I comment on it.

I thought I was completely through with the word app- you made it new again. Nice work, a well constructed story.