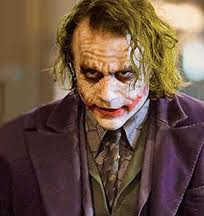 
Another good category. This is an odd category because a supporting role can be quite small or almost as big as the leading role as with Geoffrey Rush. Every performance here was grand. Ruffalo made a character who could have been unlikable or shallow or quirky, real and understandable. I came away from the movie feeling he had been screwed (pardon the semi-pun) by the mothers.
I might have voted for Christian Bale until I saw the real life character he played. His performance was too close to an impersonation for me. Although he stole every scene as did Melissa Leo.

So I am going with Geoffrey Rush because I can't imagine anyone else playing this character as well as he did. Hawkes didn't make that much of an impression on me and Renner played it as you might expect. Still I wouldn't mind seeing any of these guys on the platform.

I am hard pressed to pick my favorite Oscar winner of the past, but I might go with Gene Hackman in UNFORGIVEN.

Hey, guys, it would really help if you could shoot over the URLs for your flash stories before Monday morning. Or at least confirm (or deny) one will be appearing and I will put up your general URL. I am getting spooked about sorting this out.
Posted by pattinase (abbott) at 9:00 AM

One of my favorites after checking the Wikipedia list (Patti, you have me doing research now!) is Walter Huston in The Treasure of the Sierra Madre.

Kevin Spacey in The Usual Suspects

Another one of my favorites was Jack Lemmon in Mr. Roberts. I bet few of you have seen that. One of those movies that don't seem to show up on TCM that often.
I haven't seen TSM since I was ten, I bet.
That was a great movie down the line, but KS really gets on my nerves of late.

I liked Geoffrey Rush a lot - he was way more subtle than he usually he - but no way I can go with anyone but Bale. It was an amazing performance.

As for previous winners, every one mentioned so far was good.

I'll add my two cents for:

George Sanders as that "venomous fishwife Addison DeWitt" in ALL ABOUT EVE. Also Ben Johnson in THE LAST PICTURE SHOW, De Niro in GODFATHER II and Jim Broadbent in IRIS.

In fact, this is probably my favorite category overall for great performances.

It is a great category because it looks at more than leading men. I hardly saw a bad choice on that list.

Patti - My vote? John Houseman from The Paper Chase. What an incredible performance!

I won't vote since I haven't seen all the films, but I thought Geoffrey Rush was terrific. And I agree,it made no sense that the Mark Ruffalo character was treated as the villain.

My all-time nominee for best supporting actor is James Dunn in A Tree Grows In Brooklyn. That performance was a heartbreaker.

Both great performances. So sad that Houseman started acting so late in life. And I don't remember James Dunn in another film. What a sad character he was. I had forgotten until I read the book over again not long ago.

I thought Rush was excellent in THE KING'S SPEECH. For a favorite supporting role I'll pick someone who wasn't nominated at all by Oscar, but should have been:

Adam Beach for FLAGS OF OUR FATHERS

It was magnificent and devastating portrayal by the actor.

Not many bad choices in that category over the years altho Alan Arkin for Little Miss Sunshine irked me because I just detested that movie.
This year I would be happy with either Bale or John Hawkes.

I have to say that my favorite Best Supporting Actor winner is Kevin Kline for A Fish Called Wanda, because I never imagined a role like that would win.

Reading that list was a real trip down memory lane. I'd forgotten that Don Ameche won an Oscar, or that Jason Robards won back-to-back BSA Oscars, and that Peter Ustinov's were only a few years apart. My favorite BSA performance is Melvin Douglas as the father in "Hud"--so different from the light, debonair leading men he used to play in the 1930s & 40s. And he won again close to the end of his life for "Being There."

As for this year, I haven't seen "The Fighter," but it seems that Christian Bale is a lock. If they open the evelope and read the name Geoffrey Rush, we'll know the Academy has not forgiven Bale for his meltdown of a few years ago.

Yes,it certainly showed his range although he hasn't had the career I would have expected. Plays a lot of goofy roles. Maybe A FISH sent him into that direction. Play a goofus too well and you play them forever.
I loved WINTER'S BONE, but I can't say Hawkes really stood out for me. It was so much about the girl.
And Bale perhaps stood out too much. Wahlberg faded whenever Bale was on screen although perhaps that's the point.

BEING THERE would never get made by a major studio today. So many of these films would not.

I agree with your assessment of Kevin Kline's career. He was certainly playing more serious roles before that, but maybe he always thought of himself as a comic but couldn't get the work.

I imagine he got the Wanda role from having worked with John Cleese on Silverado, where perhaps Cleese got a window into Kline's "true" personality? :)

He was good in I Love You to Death, as well, but that film didn't get much attention.

He did play a serious part in THE ICE STORM after Wanda and was very good in it. But I think he is a bit of clown at heart.

Haven't seen any of the current films, Patti. So can't comment. I tend to side with you though on this penchant actors have for losing or gainiing weight to play a character. That's not acting, that's impersonation.

PS I love Geoffrey Rush. He can do no wrong far as I'm concerned.

My favorite wins from the past:
(Performances I've seen.)

Heath Ledger.
Red Buttons for SAYONARA.
Hugh Griffith for BEN HUR.
Burl Ives for THE BIG COUNTRY.
Rod Steiger for ON THE WATERFRONT.
John Gielgud for ARTHUR
Martin Landau for ED WOOD
And who could not like Edmund Gwenn as Kris Kringle?

In truth, there's not much in the Best Supporting Actor category to quibble with.

Just realized that Rod Steiger did NOT in fact win for his incredible performance in ON THE WATERFRONT. OMG! Now there's a major Oscar flub if I ever read one.

Did he win for THE PAWNBROKER. Wikidpedia!!!

IN THE HEAT OF THE NIGHT!

Yes, IN THE HEAT OF THE NIGHT. One of my favorites. I love that film. You can watch it today and it doesn't seem dated = film making-wise. Steiger is SO damn good. Really, he was born to play this role. What a film! ;)

It's generally felt that Steiger won for IN THE HEAT at least in part as payback for him not winning for his incredible performance in THE PAWBROKER; he lost to Lee Marvin for CAT BALLOU.