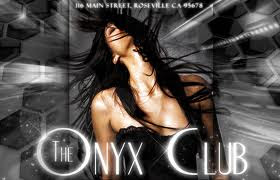 Midnight at the Onyx Club, Michel Williams
Carole figured she’d been okay if it weren’t for the red cowboy boots.
Those boots and the paramedics job. When she ran off with Tommy, Mama carried on like the world had come to an end, but none of it held a candle to the squawking when Carrie-Jo changed her name and started E.M.T. school.

“I don’t like it Carrie-Jo, these big city ideas in your head. Mark my words, somethin’ bad’s fixin'
t’ happen. I feel it in my bones.”

“Dammit all,” Carole cursed. She hated it when the old woman proved right.

The trouble started with a call from the Onyx Club, a dive out Highway 99. Middle age male, looks like a heart attack. Trotting through the office, her shift partner, Slim, grabs a jelly donut from the pink cardboard box, mumbles over his shoulder, “My turn to drive.” By then,
they’re outside and Carole’s reply is lost in the sharp wind.

“Should a’ just helped myself to a stale donut, called it good. But noooo,” Carole
grumbles, attracting wary looks. “I would a’ been fine,” she says to no one in particular, “should a’ been fine.”

Over and over, the scene pounds away, crowding her mind. Tires on gravel, ozonestink as drops of rain begin to fall, the neon beer sign flickering in the fly specked window. Her face takes on a dreamy look.

“I swear, that man was Brad Pitt handsome and twice as sexy.”

A woman wearing tattoos on both arms nudges her friend, a fine boned strawberry-blonde, and with the hope of hearing some good lies they migrate closer.

“Slim always fancied himself a super-hero, you know? This time I’m happy
to let him cut me off and rush the guy on the floor. Any idiot could see he’d just
passed out drunk. Meanwhile, the longest legs I’ve ever seen unwound themselves from one
of those ‘50’sbarstools and this slow smilin’ cowboy moseys over. Starts askin’ about
my job, what’s it like to be in on life and death situations, stuff like that. I check him
out, white shirt,starched and expensive, and the tightest blue jeans you ever seen.”

Carole stops and traces the angry scars on her cheek. “He’s wearin’ these killer red cowboy boots, engraved silver toe and heel. Must a’ cost a fortune. Asks what time my shift ends. Then that pretty man says to come back later, he’ll buy me a beer.”

Lost in thought, she glares into space before continuing. “Yeah, well, I go back all right. It’s rainin’ cats and dogs, I get soaked runnin’ from the car. It’s midnight when I walk back into the Onyx Club, ever’ one of those old coots starin’ at me like they knowsomethin’. Do I pay them any attention? Do I hell.”

The three women share a crushed cigarette and ponder life for a long moment.

“It hadn’t been for those damn red boots, I’d a’ been fine, ya know? That man’s all
over me, ‘Here baby let me warm you up’.” Carole looks at the other two.
“Swear, those lines came from some bad country music he found under the sofa. This
goes on two weeks straight, I’m meetin’ him after work, and he’s sweet-talkin’ me
all the while. I’m even thinkin’ about givin’ up that dead-end job. I’m beginin’ to trust
him, know what I mean?”

As if they know exactly what she means, the women shuffle their feet and
murmur before handing the cigarette around again.

“We aren’t even slow dancin’ when the door busts open and this woman piles through like a Mack truck gone out a’ control. It’s dead quiet, all eyes on us. The bottle- blonde hefts a big ol’ ugly lug wrench and she’s chargin straight at me. What’m I s’posed to do?”

Her friends nod in mute agreement, eyes stark with unspoken words. “So here’s this crazy gal raisin’ a lethal weapon at me. ‘I grab it away from her, and next thing, she’s clawin’ at my face.”

Carole stops for a minute, brings a hand to her cheek. “I really don’t mind the scars. On the other hand, if I hadn’t been holdin’ that greasy ol’ hunk a’ metal, when I swung away from her and saw the smirk on his face, I might not a’ thought to clobber the two-timin’ louse into
infinity. ”

She gazes down at the paper slippers, rises and wanders over to stare through bars at the bright sunshine outside. “Fifteen to twenty.”

Cigarette ash lengthens and tumbles to the floor while the two women hold their breath, waiting for what comes next. A grin spreads over Carole’s face, and she laughs.

Nice atmosphere in a nifty story. Thanks, Michel.