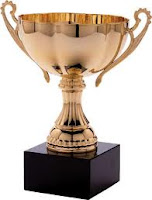 They were in his office, long after hours. If anyone at the clinic knew he was having an affair with his patient, he'd be out of a profession. His rise to become a therapist sat atop a heap of bills, and private practice was a whole new summit of loans away. He never meant to fall for Kimmy. She was a sixteen year-old prostitute with borderline personality. She'd had such a troubled life, his reassuring voice, the sense of security he exuded, made her feel love. His libido, maybe his egotism, made him feel lust. But she'd attached too quickly, and he couldn't risk hurting her. She was a cutter, releasing her emotional anguish with a buck knife. She was a worse case; facial scarring. She had five pronounced scars across her face. If her body hadn't compensated, he wouldn't have fallen for her. But the maintenance guys were talking, and he'd just told her, as gently as possible, that they had to return to a "therapeutic" relationship. She had to be told what that meant.

"Yes, therapeutic... the way we were before we became... intimate."

"But we were intimate the whole time I've been coming here." She said.

Kimmy stood up. She looked out the window. "But... I thought you loved me!"

Dr. Jameson shifted in his seat. The consequences he threw to the wind when he first touched her knee, sliding his hand up her thigh as his words, so gentle, lulled her into the calm he needed to make her feel it was right; he was right. All the consequences – the loss of his license, his marriage, the prospect of helping rapists deal with their inner children in a maximum security prison were lost in the vigor of her youth. He wasn’t thinking of Kimmy’s health; he’d done it to enough unstable patients, and it would come down to his word against theirs. He had an allegation once, but he sweet-talked the stupid cops with words like “transference” and “obsessive-compulsive disorder,” “borderline personality” – He was not bothered again. He knew how to be subtle… So far.

"You mean pretend it never happened!?" Kimmy was starting to shout. She began to scratch her face.

Kimmy pulled out a knife. It was a small, three inch buck knife. She slid the side along her lips.

"So what is, Jack? I just accept one more man manipulating me for sex? Just walk out the door without showing you what it does to me?"

"I really don't mind the scars." She said. "You must have been too busy trying to get in my pants, you never asked me why I did it."

"You're a cutter, Kimmy. I did my dissertation on cutters."

She headed for the door. Jack wanted to stop her, but he thought it might be in his own interest if she left. His freedom itself might be on the line.

She walked over to the door.

"You won't have to worry about me anymore." Kimmy said.

She grabbed the door... and locked it. Then she turned the knife on Jack.

"You thought I was a cutter. But, even though you've seen every square inch of me naked, you've only seen five scars. Did that strike you as odd?"

"Kimmy, what are you-," His words were halted by the searing pain in his gut as Kimmy stuck the knife in just above his belt-buckle. Blood gushed out, staining her hand, his pant, the floor, and he felt faint, powerless against this little girl.

She sliced him up to the sternum, unzipping his pants with her other hand and pulled the knife out. His pathetic attempts at a struggle amounted to keeping his entrails inside his body. She was careful not to pierce his lungs. She'd let him bleed out. She waited until the maintenance people left for a reason.

She wiped the blood off her knife and started to slice her left cheek. She held up the cloth to catch her own blood.

"The scars; no, I don't mind them," she said as Jack bubbled blood from his lips, slumped in the corner of his office.

"They're not repressed pain." She said. "They're trophies. Every time I give an abuser what's coming to him, I give myself a trophy I'll never forget."

Terrific. What a twist.

Never trust a doctor. Nor his patient. Well done.