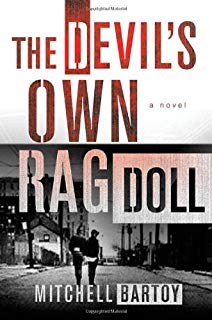 Sandra Seamans served the writing community selflessly by posting contests and calls for stories on her blog, MY LITTLE CORNER. She wrote wonderful stories herself until the dual deaths in 2015 of her husband and mother. She never bounced back from her grief. I am sure she died before her time due to that blow. A collection of her stories was published as an ebook by SNUBNOSE PRESS but when the press closed, her ebook disappeared. Some are lucky enough to have it on their e-reader.

https://parisefuneralhome.com/tribute/details/1767/Sandra-Seamans/obituary.html?fbclid=IwAR3y8cCRV7X7j_Y3gvi25ZumtqegqKS16KrXxr-OXLrJPC5AgvwoyWi3hao#content-start
Posted by pattinase (abbott) at 9:27 AM 18 comments: 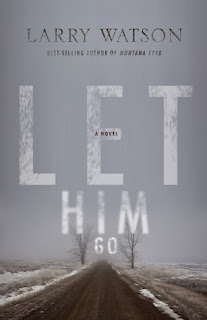 (from the archives)
I am a big Larry Watson fan and LET HIM GO did not disappoint. It is a great followup to books like WHITE CROSSES and MONTANA: 1948.

This slim volume contains a heart-pounding story, unforgettable characters, terrific atmosphere and some of the most beautiful prose you will ever read. I liked it almost as much as MONTANA: 1948.
Posted by pattinase (abbott) at 7:00 AM 3 comments: 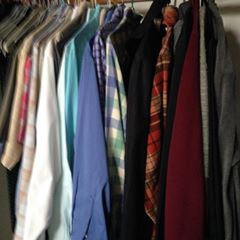 This is the hardest chore yet. The clothes.
I could ask someone else to do it-to fold them and bag them up. But clothes were very important to him and so now they are important to me. Folding each piece carefully as if he will be judged by their presentation at a donation center.
He had beautiful shirts. None were just a dull oxford blue. They were peacock colors, dozens of them Linen, a special favorite. Hell to iron though.
The same with the sweaters, Cashmere. Fitted.
He was not an extravagant man in any way, but he loved looking nice. A friend referred to him as dapper. That's about as close to it as I can get. I have heard stories about widows holding onto things years later. It always seemed crazy until now.
Posted by pattinase (abbott) at 11:33 AM 9 comments:

Sometimes belonging to a book group makes you read books you would never have come across on your own. This is one of them.

place in the years of the Second World War in the Mississippi Delta. It's told in multiple voices, which gives us insight into a number of characters, all of them wrestling with the lot fate has dealt them.

Two returning soldiers both struggle with what the war has done to them--one white, one black. The black soldier has actually been treated better as a soldier in Europe than he will ever be in the South of the 1940s.

The black soldier's family, sharecroppers, wrestle with the indignities forced on them in that era (leaving stores by back doors, taking what's left over of virtually everything).

The wife of the land owner (and they are not rich either) is college-educated but must live in a shack when her husband loses their potential house to a sharper bidder. Their marriage is not an easy one.

All of these characters have noble moments and lesser ones. This is a sad book but one that will stay with you. Netflix made a good movie of it too.
Posted by pattinase (abbott) at 4:30 AM 5 comments: