HOW I CAME TO WRITE THIS STORY: Chris Holm 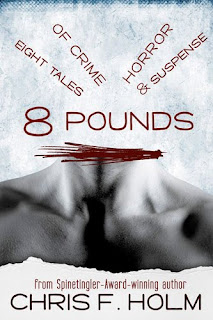 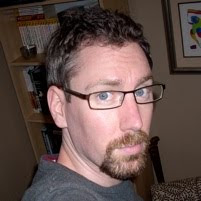 "HOW I CAME TO WRITE THIS STORY":

When Patti asked me to contribute the story behind one of my short stories for her How I Came to Write This series, I confess, I didn’t know which one to pick. So I did what any Distinguished Man of Letters would do: I asked folks on Twitter. Said folks chose “The Toll Collectors” (which first appeared in Beat to a Pulp http://www.beattoapulp.com/stor/2009/0215_cfh_TheTollCollectors.cfm and is also featured in my Kindle collection 8 POUNDS http://www.amazon.com/Pounds-Eight-Horror-Suspense-ebook/dp/B0047742P6/ref=sr_1_1?ie=UTF8&m=AG56TWVU5XWC2&s=digital-text&qid=1287097456&sr=8-1) and so it is “The Toll Collectors” upon which I shall expound.

Ahem: “The Toll Collectors” was written by accident. It popped into my head fully formed, and poured out of me as fast as I could type.

I guess the question is, “From whence did the idea come?” (Sub-question: who the hell still uses the word “whence”?) The answer is, “From my meandering, inefficient, ooh-look-something-shiny method of research.” See, I was working on a story called “The World Behind,” which features an abandoned rail line, and I’d taken to the interwebs for inspiration. I swear, I did so with the best of intentions – all I wanted was to find a pic or two to lend some texture to my descriptions – but once I disappeared down the rabbit-hole that is Google Image Search, I stumbled upon something that knocked me back, and derailed any progress on “The World Behind” (ugh – sorry for the accidental railroad pun): photos of an abandoned stretch of Pennsylvania turnpike, long ago bypassed when the need for more lanes arose and left to rot. I was particularly taken with the images of the three tunnels that stretch of road contained. Highway tunnels are claustrophobic in the best of circumstances, but these decrepit, crumbling portals looked as if they led to hell itself.

I began to wonder at what would drive a man to set out down that road. At what might await him if he did, in this strange, decaying place where the past is not so far away as it may seem. And so was borne the story of Ray McDaniel, a hitman who, while fleeing from a job, wrecks his car and, rather than waiting for the cops to arrive, opts instead to strike out on this broken, lonely stretch of road – where he soon discovers he’s not so alone as he may seem.

It seems fitting Ray’s tale is one of an unintended detour; after all, the writing of it was a detour of sorts for me. Though, not to spoil the ending, I think I fared better in my detour than did Ray in his…

Fantastic look at one of my favourite stories.

Chris - I've done exactly the same thing: started doing research on something only to find something else got my attention. Those are sometimes the best ideas for stories.

I use whence all the time.

Whenceforth, that story really does make the reader feel like they're entering hell itself--very creepy stuff.

And when I edit my husband's work, I get rid of a million words like that. My favorite is thus.

I am the queen of google images. I have spent more hours there than anywhere on the web. Maybe smoking was better.

Thanks for hosting me today, Patti! Always fun to dig around the ol' brainpan and try to figure out what makes my stories tick. And thanks, all, for the comments!

This is one of my favorite stories...and yes, I think the detour worked out nicely for you. Thanks for sharing this.

It was a great story, and the added info really made it more interesting.

Best story in an awesome collection. Love the story behind the story. Thanks for sharing.

It's often wonderful how that inspiration strikes. I do have it happen from photos like this at times, but often from seeing some kind of natural formation that makes me evoke something else, like a tunnel or wall or house.