How I Came To Write This Book: Kelli Stanley 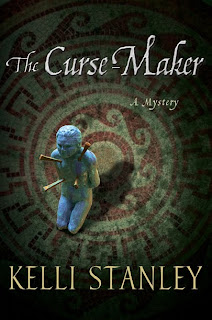 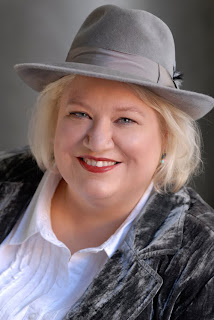 How I Came to Write The Curse-Maker

First I’d like to thank Patti for inviting me—it’s always special to get to hang out with her!

Now, then. THE CURSE-MAKER. This requires looking backward to 2006, when I was facing a crossroads …

As I slowly (very slowly!) inched my way toward graduation in a Master’s Degree program (in Classics), the ugly question kept asserting itself: what the hell was I going to do with my life?

Teaching meant pursuing a Ph.D. Pursuing a Ph.D. meant another five or six years of complete immersion in minutia. I have the utmost respect for people who do this—but I like too many fields of study, and always have, to be that supremely focused on one. I mean, I’ve been a drama, film and English major. I wound up with two undergraduate degrees (Classics and Art History), and when I graduated from high school, I was accepted into U.S. San Diego as a Chemistry major (though I didn’t accept). So … the thought of more specific study frankly scared me.

Plus, if I didn’t get accepted into one of the two local universities, I’d have to move away from San Francisco. I wasn’t willing to do that to myself or my partner. So what to do?

Back in 2005, I’d finished my very first novel, NOX DORMIENDA. Inspired by Raymond Chandler, the Noir City film festival, and the success of Steven Saylor, I thought, well, here’s something I could try. It was the first novel I’d ever attempted to write. But I was unwilling to invest any money or time into learning about publishing until I had outside validation that I was publishing-worthy. I found that validation—for awhile—when I was signed by the first agent I queried.

Within a few months, however, all was not well. Things happened, and things didn’t happen. The upshot is that I was without official advocacy by May, when I walked up the aisle, received my diploma, and incidentally got to meet Neil Young backstage (honorary degree recipient).

I took a trip to England as a graduation present and presented a paper at the University of London. And because I was interested in curses and how they worked within the culture of Roman Britain, we also stopped off in Bath, where I’d arranged with the kind and supportive curator to do some hands-on research at the museum.

See, I’d made my decision. No Ph.D. And I’d also held my breath and closed my eyes and decided I’d find a day job—preferably half-time—so that I could devote myself to the prospect of a writing career. This despite the vacant agent and a gnawing fear of the future …

So when I returned, I used the last gasp of my last student summer vacation to write a book I called Maledictus (or Cursed), a sequel to my first, as yet unpublished, novel. I finished it on Halloween evening of 2006. I then contacted my former agent, and asked her advice.

She suggested I submit NOX to Five Star, as they’re small but respectable. It sounded much better than pounding the pavement for another agent—which is akin to wandering into a suburban singles bar—and I figured that if they rejected it, I’d either look for another agent, rewrite the manuscript or give up altogether.

Five Star accepted NOX in January, 2007 for publication in July, 2008, and it was at that point that I finally felt validated enough to learn about the business, the publishing community, and to call myself a writer.

Now we flash-forward … maybe with one of those swirling newspaper montages. My first Bouchercon in Alaska (2007) inspired me to start a new series I’d envisioned. So throughout 2008—and with the help of family and friends encouraging me, and the good fortune of finding a wonderful agent—I wrote CITY OF DRAGONS. We sold the series to Thomas Dunne/Minotaur in January, 2009, for publication in February, 2010.

Maledictus was still in a desk drawer, and I hadn’t given up hope of seeing my first series take a crack at the major leagues. So I gave it a complete rewrite—it was too long and too sloppy and I’d learned a few things---and we submitted it to my editor. She liked it! And thus, in October of 2009, we sold what was now THE CURSE-MAKER.

I realize how lucky I am to see my first series reincarnated with a major press, and I’m very thankful. Whether Arcturus’ adventures continue depends, as always, on how well-received the book is. Once published, the quest for validation is continuous.

October 2006 seems both longer than four and a half years ago and just yesterday. I’m still at my day job, and still hoping for a full-time writing career. It’s been a winding road—life always is—and I’m very grateful for the opportunities I’ve had and to have made the decisions I made, and most of all, to be part of a community of people I love.

Now—finally—that vision I had on a Halloween night in 2006 can be in readers’ hands. I hope you enjoy it, and thanks for reading!

Kelli Stanley is also the author of City of Dragons (nominated for the Bruce Alexander Memorial Historical Mystery Award) and Nox Dormiendo.

Patti - Thanks for hosting Kelli.

Kelli - Thanks for sharing how The Curse Maker came to be. I've always thought that museums are absolutely wonderful places to get inspired, so I can understand the role the museum placed in your writing. I wish you much success!

It's interesting how so many of us just write things on faith when we start out. It's nice when it works out.

Thanks so much, Margot!! :) Museums are very inspirational places to me--all that history and culture concentrated in one place. :)

Thanks again for stopping by!

Hi, Charles, and thanks for stopping by! You know, I don't think most of us ever stop writing on faith ... you need it every time you start a book or a story or a proposal. :)

Great example of the uses to which you can put education when you don't simply follow the easiest path. Museums are such treasure troves!

Thanks, K.A.! Education is such a pathway to everything, that I'm always saddened when the question is "What are you going to do with it?"

You live with it and it becomes a part of you ... and sometimes carries you to unexpected places. :)

As someone attempting to write their first novel, these are very encouraging words. Thanks, Kelli!