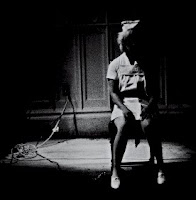 I really don't mind the scars.

Most of them have healed. They’re just little red marks now. Or, maybe, a dimple or two. A jagged line. Or, a splotch of whiteness surrounded by tan skin.

When I see the scars, it makes me feel good. Clean. Like life itself is a little cleaner.

I like things to be clean. I wear a lot of white.

I wash my white clothes in hot water and four cups, or more, of chlorine bleach.

Two or three times an hour I use Purell.

I wash my hands before I go to the bathroom and after. I sing the “A, B, C” song, the one to the tune of “Twinkle, Twinkle Little Star”, all the way through as I lather my hands. Then, I rinse to the count of 10 using 1-Mississippi, 2-Mississippi, and so on. If I’m not at home, I never touch anything in the bathroom after I’ve washed my hands. I know which bathrooms to use. The ones with the motion detectors. If I’m ever in situation without a motion-detector paper towel dispenser, I shake my hands dry and use my elbows to open the bathroom door.

Sometimes, if I don’t use cocoa butter at night, the skin cracks open. I use triple-antibiotic ointment and Band-Aids. Keeps the scarring to a minimum.

On special days, at the end of the day, I pour Hydrogen Peroxide over my hands.

And then I scrub and scrub with a brush and antibacterial soap. I used to use hexachlorophene until I ran out. Long ago, I had hoarded cases and cases of the stuff when I heard they were going to ban it. But, eventually, unfortunately, I ran out. Now I use antibacterial soap which probably isn’t as good as hexachlorophene, but hopefully all the Purell makes up for it.

The special days are when “they” become too much. Too unclean. “They,” being the old people. The smelly ones.

They make me sick. Give me the chills.

But, I put on fresh latex gloves every time I enter their rooms. And I wear disposable scrubs, which I burn after my shift.

So most days, I have no problems. I can stomach the old-people smell and the decaying breath. The weeping sores on the papery skin. And the slobber. Sometimes, even the vomit.

But sometimes, they piss on themselves or crap in the bed. They make the world especially ugly. Dirty. Unclean.

I seem to have been getting a lot of those lately. The really, really unclean ones.

They just have to go. So, I send them on their way.

Their special day. And mine.

I have many methods. Accidental overdoses. The pillow. Gentle pressure on certain arteries.

And no one guesses.

Because the really unclean ones are usually the almost dead ones.

Since I’ve had so many special days lately, the constant scrubbing is tearing my hands up.

The Band-Aids are more frequent. The scarring is more pronounced.

People at work are beginning to notice. Tease me. Say things like, “What’d you do, stick your hand in a thorn bush?” Or, “Catch a cat by the tail?”

And then the other day, the head nurse said she wanted to go over some of my reports with me. I put her off until the end of the week.

By then I’ll be gone. On to another town. I’ll do it before any accusations are made. Before anyone feels the need to investigate. Before anything is put on my record.

I’ve done it before. Six times. There are plenty of hospitals that need nurses. Clean nurses.

And I need to have some more special days.

I feel it’s my mission. My duty.

One scary nurse. I have been in these place enough to know how well you captured it. As usual.
And I have a theory about the smell. That generation used a lot of cologne and didn't wash their clothes or themselves often enough. I think that is part of it.

Nicely paced and structured, and good placing and revealing of obsession and madness.

Patti, that's an interesting theory. I have never thought about it before. I imagine there is a lot of truth to it. Rob, thanks for the comment.

Hey. You called mine creepy? And all the time I spent in hospitals. Man, this is extra creepy. Nice work, r2!

Nice work. I loved the descriptions of the hand washings and chemicals. Really got under my skin.