"HOW I CAME TO WRITE THIS BOOK" Gar Anthony Haywood 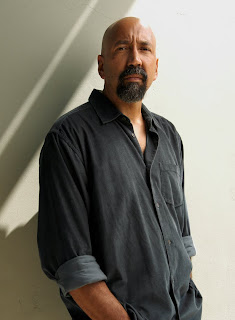 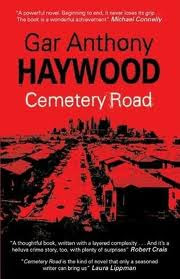 HOW IT CAME TO WRITE THE BOOK:

Yes, I know, you can't believe it. But it's true. Despite my dashing and youthful appearance to the contrary, I'm not a young man anymore. Having passed that magical threshold of fifty a few years back, I probably have more years behind me than ahead, and with that sobering thought comes several others I find myself wrestling with lately.

Regrets? Yeah, I have a few.

Fortunately, I don't have many, and those I do have aren't really anything to lose sleep over. Cars I'll never drive, women I'll never get to know intimately, stocks I wish I'd bought when the buying was good. I'm sorry I didn't quit the day job I held and despised for nineteen years fourteen years sooner. Other than that, my past is essentially without blemish; there's nothing in it that makes me want to reach back in time and rewrite it.

But not everyone is so lucky. Some people hit their mid-fifties, look back on their lives and see things they would give their right arm to change. And that's the idea my most recent book, CEMETERY ROAD, started with: What happens to someone at this stage of life whose past is a burden he's been trying to shed for years? A man who committed a crime in his youth his sense of guilt will never let him forget?

Even before I had a title for the book, I thought I knew how CEMETERY ROAD would open, with a lament from Handy White, the book's protagonist and first person narrator:

"It's not a problem young people have to worry about, but right around the time he hits his middle forties, a man starts giving serious thought to dying well. In his sleep in his own bed, or in the course of a street fight meant to settle something halfway meaningful. His end doesn't have to be poignant, just devoid of indignity. You wouldn't think that would be too much to ask."

As for the book's title, that came to me not long after the opening lines above did (and it's a good thing, because I can't write Paragraph One of a new book until I have a working title for it). Why "Cemetery Road"? Because I loved the sound of it, and thought its obvious suggestion of impending death was a perfect fit for the kind of story I wanted to tell. I didn't know precisely what it would mean to Handy, however, until I got to Chapter Twenty-One and Handy explained it to me:

"My paternal grandfather, Lionel White, used to say that there were many paths a man could take during his time on Earth, but sooner or later, they all brought him down to the same one: cemetery road. There was no running from it, there was no hiding from it."

It is down Cemetery Road Handy must go to confront the demons in his past, and my challenge in writing his story was to slip back and forth between his adventures in the present and the events that took place twenty-three years earlier that continue to haunt him to this day, giving equal weight to both timelines. It ain't as hard as it sounds.

I struggled throughout with pacing and timing, bent on making each track of Handy's story move at just the right clip. This was especially difficult because CEMETERY ROAD is a mystery, so the dissemination of critical info to the reader had to be handled with care along both timelines. Had I revealed too much or too little, too early or too soon on one track or the other, and the whole construct would have fallen apart.

Luckily, reviewers have been kind enough to suggest I did a pretty good job of this delicate balancing act, and for that I am extremely grateful. And relieved. CEMETERY ROAD was a book I needed to write at this particular moment in my life, and overall, I'm very happy with how it turned out.

But damnit, I'm still getting old.

Gar Anthony Harwood also writes as Ray Shannon. He has won the Shamus and Anthony Award for his mystery fiction. He writes stand-alone novels and short-stories as well as series. He has also written for the Los Angeles Times and the New York Times, written scripts for television drama series (e.g. New York Undercover and the District) and Movies of the Week for ABC. He is a member of the Mystery Writers of America.

What was done said...

Getting old is only in our mind.
Age never prevented people from doing things:
http://www.whatwasdone.com/

Patti - Thanks for hosting Gar.

Gar - I think it's intriguing to think about how we would deal later in life with a crime from our youths. Really interesting! Thanks for sharing your story and I wish you much success with Cemetery Road<.

I almost always have to have a title too. I just can't seem to organize my thoughts without one. And yes, pretty much all my regrets have to do with things I didn't do, not things I did.

Thanks for the kind words, Margot. And Charles, I don't know how anyone writes a book without having a title first. A title gives the book form and an identity. Without that, it's just a "manuscript," and who wants to write just that?

Although sometimes the story changes midstream and the original title doesn't make sense. And you need an editor to remind you of it. Or at least that happens to me.

Great post from a great writer about a great book. Pick this one up!

That opening paragraph is tremendous.

Gar, I loved reading this background on your book. As the song says, "Regrets? I've had a few..."
Elaine Ash