"How I Came to Write This Book" Cara Black 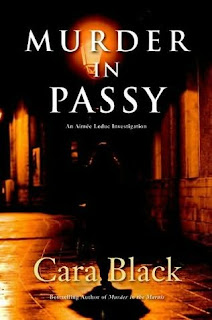 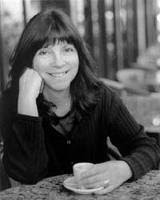 "How I Came to Write This Book"
Cara Black
Sometimes I feel like writing a murder mystery isn't that unlike being a detective. At the beginning, you can see the pieces of the puzzle you want to write, but you can't always see how they're going to fit together. My case--that is, the novel I set out to crack--is in some ways a parallel for the case my detective, Parisian private investigator Aimée Leduc, has to solve. We're both discovering what comes next.
Murder in Passy, the eleventh Aimée Leduc novel I've written, started like all the others, with a germ of a story I knew I wanted to write. In this case, the germ was Basque. Years ago, when my son was very small, we did a house exchange in France. My husband is a surfer and was excited to spend a couple weeks on the coast in Basque country, where they're famous for getting great Atlantic waves. This was fine with me--in San Francisco, we'd often go to the Basque cultural center, with their wonderful exhibits, and to eat Basque food. All of the Basques I'd ever met were so kind and welcoming I knew their country would be the same.
Several days into our stay, we decided to go on an excursion over the mountains. As we got into the car and headed off into the Pyrenees, all three of us were giddy with the prospect of driving to Spain and eating tapas. Two hours later, we were totally lost on the one-lane mountain roads. We kept our eyes peeled for clues back to the road we wanted, but the road signs had all been obscured by menacing black graffiti--the work of the ETA, the Basque separatist terrorist group. Although the lush pastoral setting around us was still beautiful, we felt uneasy now. Finally, we came across a group of old farmhouses that had all been reduced to rubble. It looked as though they had been bombed. I've never been able to forget that moment, how surprised and scared we were. I thought of my Basque friends, and could only imagine how they felt about the things that were going on in this country they loved so much.
My Aimée Leduc mysteries are set in mid-90s Paris, and for Murder in Passy, which takes place in November 1997, I had finally reached the perfect place to build a Basque story into my plot. In the fall of 1997, Basque issues and the ETA were very much in the news.
I wasn't certain who my Basque characters would be, though, until I finally caved into the nagging of a good friend of mine who lives in the 16th arrondissement. She'd always urged me to come visit her, but I'd resisted. "It's too boring there," I'd tell her, "so chic chic." She assured me that there were jewels to be found, and that if I came to stay with her, she'd show them to me.
As it turns out, Passy--one of several villages in the very fancy 16th arrondissement--had historically been a home to many Basques, and had once housed the Basque Cultural Center of Paris. That was only the tip of the iceberg; my friend was right that there was plenty to see. The neighborhood is a collection of villages that have been folded into the structure of the metropolis. Modern building fronts screen grassy stretches and old hidden mansions from the streets. Passy wasn't even part of Paris until 1860; it used to be a suburban get-away for the wealthy, among them Napoleon III's wife Eugenie, who would travel to Passy to take in the waters.
As time marched on, the area was a home to factories, and the mews of Passy are lined with two-story houses that once housed Renault and Citroen factory workers and their families. They are long gone, and that formerly affordable housing now comes with a very fancy price tag. Among these buildings are virtuoso architectural pieces by Robert Mallet-Stevens and Corbusier, and fantastic rather over-the-top buildings by Art Nouveau father Hector Guimard. Now this neighborhood is very expensive and exclusive, but you can still catch peeks of the grassy village lying underneath it all.
The final key to unlocking the mystery I wanted to write was learning about Passy's reservoirs--this incredible system of above-ground pools, protected from the streets by buildings you would never think to look behind, and networked by a series of tunnels. Nowadays you can stand over one of these pools and watch the fish swimming around in them below a clear view of the Eiffel Tower, a pretty surreal experience. But the reservoirs have been the scene of much more sinister happenings through history, including functioning as French Gestapo torture chambers during the Occupation.
I was desperate to get a tour of the tunnels and reservoirs, but during my stay the area had been completely closed off for a documentary film crew. Channeling a little Aimée Leduc, I invented a little alter-ego to get myself admitted. I'm not going to shame myself by going into details here, but let's just say I managed to pass myself off as a journalist working for a major established publication, and they bought it. I signed my release form and was whisked off on a very informative tour of the tunnels and pools.
I admit that I felt guilty about my little fable later, but I was able to quash that guilt. After all, anything in the name of research, right? I'm certain Aimée would have approved.

Cara Black lives in Noe Valley with her bookseller husband, Jun, owner of Foto-Graphix Books, and her son, Tate. She's a San Francisco Library Laureate, Macavity and three time Anthony award-nominee for her series, Aimée Leduc Investigations, set in Paris
Posted by pattinase (abbott) at 8:00 AM

Patti - Thanks for hosting Cara.


Cara - It's nice to know there are others like me who carry those little ideas around and then are sparked by places they visit or experiences they have. That's what I do, too!

Wow, your trip into Spain sounds like a great series of stories iteslf.

Thanks for having me Patti, an honor to be on a blog I read!!
Margot we are legion I think. I've heard Jackie Winspear talk about this too.
Charles, I'd really like to back and get those tapas :) Cara

Thanks for posting this, Patti. You have introduced me to a new author! YAY!! I am going to put Murder In Passy on the back burner, however. I want to start with Cara's first Aimee Leduc novel... Murder In The Marais. I am about 80 pages in it, and LOVE it! I am quite excited at the prospect of reading all her other stories! :)