"HOW I CAME TO WRITE THIS BOOK" Mike Dennis 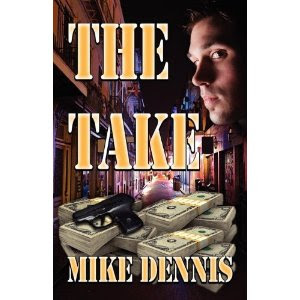 This novel approached me from two angles, many years apart.

The first one came to me back when I was playing music for a living. One night, while I was playing in this rock & roll piano bar, a couple in their late thirties came in and sat at the piano. The guy was a dead ringer for a young Jack Palance. Dark hair, wiry build, angular features, the whole deal. The girl was a bottle blonde, no stranger to either good-looking guys or bars.

Anyway, the guy tried and tried to impress her. He bought her drinks, he cooed in her ear, he danced with her, he tried to make snappy conversation…it got him nowhere. She was stifling yawns the whole time. After a couple of hours, she let him know she was ready to leave, and believe me, her plans didn't include him.

I witnessed this entire affair up close. The guy had the looks but he didn't have one ounce of charisma. He looked like a high school kid trying to score with a college girl. It just wasn't going to happen.

I said, "I can write a book about this guy."

So I filed it under "L" for Later. Years later.

I'm driving across country and it's late at night. I'm in the big, empty land of far West Texas. Nothing but a lonely strip of highway in front of me and a million stars overhead. And what comes on the radio but Marty Robbins' classic tune, El Paso.

I've always loved that song--I even used to do it in my musician days--so I turned up the radio and sang along. The second verse dropped my jaw and stopped me cold.

Blacker than night were the eyes of Felina,

Wicked and evil while casting a spell.

My love was deep for this Mexican maiden.

I was in love, but in vain I could tell.

Bang! There's my femme fatale to lure my Jack Palance lookalike from so many years earlier into a web of depravity and desperation. I started the book as soon as I got to a computer, and even named the girl Felina. The Take is the result.

You can find Mike Dennis on his blog right here.

That's some fantastic inspiration - I just bought the book.

Mike - What a wonderful story of how your book came about. I'm very much into music and used to perform, myself, so I could totally relate to those lyrics inspiring you. Very cool!

I have neither the looks nor the charisma. This gives me hope I might too one day be featured in a book. :)

John--Thanks so much for the vote of confidence. Hope you enjoy THE TAKE.

Margot--As a performer, you know the importance of fully understanding the lyrics that you're singing. Lyrics just like those in EL PASO are out there right now, waiting to inspire you.

Charles--Why not feature yourself in a book? That way you can craft it any way you like.

Great story. Just ordered up a copy myself for my Nook.

Great title and cover too!

I really got in to each character by the way you wrote about them. could feel that i knew some of them in real life. Enjoyed that final twist- absolutely was not expecting it. That's what makes for interesting reading.

I just received the book from Amazon after reading the great reviews. I'm starting it tonight - in about 15 minutes. I have great expectations and will post again when I'm done. Congrats on your first novel.
Jessica

I recently received a copy of The Take and look forward to reading it!

Very cool! Mike's a fantastic writer--I can't wait to get my hands on his book. Patti, thanks for hosting him!

Bill--Glad you liked it. I'll try to keep 'em coming.

Jessica, Erica, Linda--Be careful. You're in the world of noir now. Things are never as they seem.

Love the "L" for Later. :) Thanks for sharing your inspiration for The Take.