HOW I CAME TO WRITE THIS BOOK: Grant Jerkins 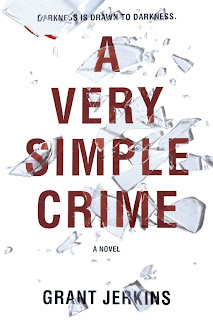 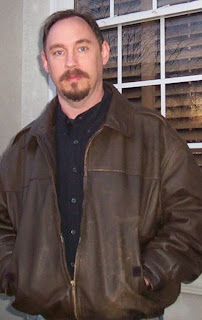 How I Came to Write (and Publish) this Book, Grant Jerkins

A Very Simple Crime started out as a vignette—just two or three pages of narrative.

That tiny seed actually sprouted several plants. One branched out into an eighty thousand-word novel. Another shed its leaves and became a feature-length screenplay (a version by me alone as well as a version written by two other people.) What ended up being published was a short, fifty thousand-word novel—my favorite draft, and the one most often condemned by publishers as being too dark and having no likable characters.

That vignette (now the first half of chapter one) was simply a retelling of an incident from my childhood. Getting lost in the dark. My bedroom was in the basement of our house, and one night I got up to go to the bathroom. I didn’t bother to turn on the lights because I knew the way upstairs. I’d made the trip a thousand times before. That night though, I grew conscious of the pitch darkness of the basement and became disoriented. I got lost. I had a little panic attack and just stood there and screamed my head off until someone heard me and turned on a light. It was just one of those weird experiences we all have as kids.

Sometime after writing that down, my mind returned to it and latched onto the idea of a man who was never able to escape the darkness, that it infected every aspect of his life. And Adam Lee was born.

To that memory of being lost, I added a punch line (the second half of chapter one.) What if on the other end of that black night the boy grew into a man, and that man was on trial for murder? And in switching from remembrance to fiction, I found that I wanted to know what happened to that man in the intervening years, what had brought him to this accusation of murder. Was he guilty or innocent? (I didn’t know.) But mostly, I wanted to know what the boy who became the man would find at the end of that dark path. Would he, at long last, emerge into the light? Would Adam Lee have a happy ending? Did he deserve one?

I ended up with a short novel that I thought was fairly good—that I believed captured something that others might find compelling. The New York publishing community disagreed with me. Repeatedly. Ad nauseum. Over and over I heard the words, “It’s too dark.” At one point I turned the book into a screenplay, certain that this would be the key to my success. Hollywood, however, was likewise unimpressed. Ad nauseum. So I added thirty thousand words to the original manuscript (let in a little light, so to speak) and set my sights back on New York. Still no go.

Ultimately, it took over a decade to find a publisher. I was delighted when I heard that Penguin’s Berkley Prime Crime imprint wanted to publish the book. The final punch line to this odyssey was a good one. The last twist, the surprise ending, was that my too dark, too mean-spirited, and too twisted crime novel was put out by a publishing house known primarily for their line of cozies.

Lillian Jackson Braun and I have the same editor. Go figure.

Patti - Thanks for hosting Grant.

Grant - Oh, that's so interesting how one incident from your childhood led to a novel. Fascinating!! Thanks for sharing your story.

Thanks Margot. And thank you for hosting me Patti.

I always enjoy this feature, but this story was exceptionally intriguing - small incidents that leave a lasting impression!

So many good books have these long convoluted stories. Amazing sometimes that any of us keep going. Talk about living for the future and delay of gratification.

Dorte and Charles, thanks for commenting. Believe me, this is the Cliffs Notes version. I skimmed over a lot of mini dramas along the way.

Today, with the reversal of fortune that ebooks have thrown at the publishing world, I feel a bit silly for not just self publishing the thing at some point. But honestly, seeing the skill set that self published authors must possess, I think a traditional publisher was the best thing for me. Berkley Prime Crime has been great.

It's a brilliant book, and I am eagerly anticipating your next. Thanks, Patti, for hosting Grant.

And thank you, Elizabeth, for visiting.

Good job, Jerkins! All that hard work paid off.

Thanks for sharing your story. Wow your bedroom was really in the basement.

My peeps! Thanks for visiting Pam and Elizabeth. And Loree, yes my bedromm really was in the basement. It was scary. Spiders.