"HOW I CAME TO WRITE THIS BOOK" Heath Lowrance

The details are hazy because illegal booze was involved, but I remember that we were sitting in a juke-joint just north of Holly Springs, Mississippi, and R.L. Burnside was sitting on a metal fold-out chair a few feet from me, strumming an evil monotone thrum on his guitar and his son was 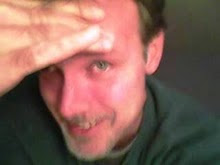 playing a hypnotic bass line, and R.L.’s voice radiated something seductively evil throughout the whole place. This heavy black woman was doing a bump-and-grind inches in front of me, the stretched-to-the-limit fabric of her dress brushing against my face and I was trying to stay cool because I didn’t want to look as if it bothered me.

My friends and I were the only white faces in the place, but no one cared. It wasn’t that kind of vibe. The music—solid North Mississippi blues—was loud enough to qualify as necromancy and people were moving and everything smelled like beer, fried fish and corn likker.

We were having a great time. I glanced around and saw, at the next table, a tall handsome man, white, wearing a preacher’s collar. He was swigging from a bottle of shine, just like the one my friends and I were sharing, purchased from an old fella out in the parking lot. A plump black woman with a stunningly gorgeous face perched on his lap. He had his long lean hand on her upper thigh. Once in a while, he’d give her the Mason jar and she’d take a dainty sip and hand it back to him. He swallowed the stuff down with obvious relish.

Naturally, I was struck by the preacher’s collar. A Man a’Gawd, swilling moonshine, cattin’ around with a woman who clearly radiated carnality, lost in the sinister throbbing blues. What the hell was he doing here?

He noticed me looking at him, nodded and winked and yelled over the noise—“How you doin’, old son?” he said. “Ya’ll havin’ a good time?”

But wait, I’m remembering it wrong. That’s not how it happened at all.

I wasn’t in a juke-joint just north of Holly Springs. I was in a Laundromat in Memphis, near Union Avenue and Madison.

Sitting there, waiting for my clothes to come out of the dryer, bored. I looked around for something to read and found a Bible sitting on the chair next to me. It was white bonded leather, scuffed and rough. I picked it up and was surprised to see that it had a hole right through the center—right through the “O” in “Holy”--- as clean and clear as a bullet hole.

Intrigued, I opened it up, was about to start perusing, when a voice in front of me said, “Howdy, son. You a Christian, then?”

I looked up and laid eyes on a tall, handsome man in a preacher’s collar and I knew, I just KNEW, he’d left that Bible there for me to pick up. It was a test and I’d failed. Or passed, depending on your point of view.

No, no. That’s not right, either. That ain’t how it happened.

Now that I think of it, the first time I saw the preacher might have been at a sermon in a small town in North Mississippi, where the major and everyone else in town was present, and the preacher, oozing charisma, managed to turn everyone against each other with just a word and a smile.

Or it might have been at a whorehouse in downtown Memphis, under the shadow of the freeway, where he drank whiskey all night and bedded three women at once.

Or maybe it was in the woods at night, in a moonshiner’s cabin, where his eyes were on fire from booze and he preached fire and brimstone to the moonshiner’s with fearful wrath.

You know, I can’t really remember now. That preacher, man, he was everywhere. And no matter who you were or where you came from, he had something for you. Something you needed. Something you just couldn’t do without, once you knew it existed.

And that’s how The Bastard Hand, my first novel, came to be.

It’s coming out on March 20, from New Pulp Press. You should buy it, check it out. Maybe the preacher will be familiar to you, as well. Maybe you’ve seen him around.

Patti - Thanks for hosting Heath.

Heath - I love all of these possibilities!! Thanks for the ride :-) and I wish you success with The Bastard Hand.

Fantastic post! The Bastard Hand is a beaut of a novel,too.

Terrific post and a cracking taster of what is to come in the novel.

Now isn't that how every novel should be concieved?

Believe me when I tell you, Heath, I never do this, but I'm going to buy your novel on the basis of that daring post alone.

That preacher makes for a fascinating character. Sounds great!

Thanks so much everybody. I really appreciate your support!

I'm looking forward to it, Heath.