HOW I CAME TO WRITE THIS BOOK: J.T. Ellison 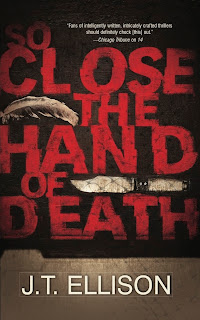 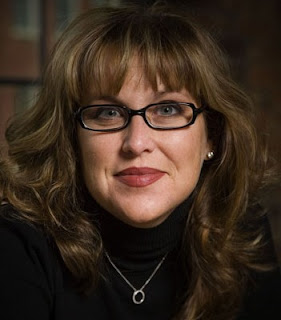 How I Came To Write The Book

“So tired of the straight line
And everywhere you turn
There’s vultures and thieves at your back
And the storm keeps on twisting
You keep on building the lies
That you make up for all that you lack.”

Such a sad song. But so inspiring, so uplifting. I have strange affinity for this song. According to sources, Sara McLachlan wrote it in response to the heroin overdose of Jonathan Melvoin, from Smashing Pumpkins. He was only thirty-four, another life cut short by addiction. It’s a fitting eulogy for a friend. Oddly, Smashing Pumpkins song Disarm inspired my very first attempt at a novel, so I find the symmetry agreeable, to say the least.

As I was beginning to write SO CLOSE THE HAND OF DEATH, I heard Angel. I must have hit repeat fifty times. I knew, immediately, that this was how my main character, Taylor Jackson, was feeling.

In a word, she’s miserable. And misery isn’t a normal state of being for Taylor.

The story was conceived after I heard the song, and those particular lyrics. The words just spoke to me, the tone of the song overwhelmed my senses, and I knew exactly how to begin. The book is set on the idea of a tone. A rather amorphous beginning, but it came together rather quickly.

Taylor starts the book in a very bad place. Over the course of the previous five books, I have put this woman through hell. She’s been forced to kill, forced to defend her reputation. She’s in a relationship with the first man she’s ever truly loved, and it scares her. Her city has in turns held her up and turned against her. Her father figure and second in command is missing, and she’s just killed again, this time a murder suspect who is still a child.

And the man who’s been haunting her every waking moment, haunting her dreams, playing a devious game of cat and mouse with her for over a year, is making his last move on the chess board.

She knows people are going to die. People always do around Taylor. Mostly bad people, but some innocents as well. And she’s just so tired of it. It’s not fair. And when the Pretender decides to start hurting the people she loves, watch out. She won’t stand for it.

But taking life isn’t why she became a cop. She wants to protect life. She’s vowed to save people. Yet she’s killed this kid, and her Pete Fitzgerald has gone missing, her fiancé has been keeping a major secret from her, and she’s feeling completely alone in the world. I knew she’d be in this incredibly somber, reflective place.

So I planned the book around that somber tone. It’s a serious book. It deals with serious issues, issues Taylor never thought she’d have to deal with. But this is her world now. It’s gotten messy, and she must get it cleaned up. And this time, she will stop at nothing—nothing—to make that happen.

Revenge is a tricky subject, especially for someone who has vowed to protect lives, not take them. It can’t be undertaken lightly. You must be willing to sacrifice everything, yourself most of all. It changes a person.

So with the release of SO CLOSE THE HAND OF DEATH, I invite you into Taylor’s world. And I leave you with this thought.

What would you do if everything you held dear was suddenly in jeopardy?

J.T. Ellison is the bestselling author of the critically acclaimed Taylor Jackson series,
with novels published in 21 countries. A former White House staffer, she moved to
Nashville and began research on a passion: forensics and crime. She has worked
extensively with the Metro Nashville Police, the FBI and various other law enforcement
organizations to research her novels. Ellison lives in Nashville with her husband and a
poorly trained cat. Visit www.JTEllison.com for more insight into her wicked
imagination, or follow her on Twitter @Thrillerchick.
Posted by pattinase (abbott) at 7:00 AM

I like the idea of music helped to inspire you and you definitely chose sadness, there.
As to the last question, 'What would you do if everything you held dear was suddenly in jeopardy?', I think the answer is probably absolutely anything (if it was my wife and kids for definite). Looks mouth-watering and is on my list.
nigel

Patti - Thanks for hosting J.T.

J.T. - It's so exciting that your novel was inspired by a song. I'm a musician as well as a writer and I so often see the connection between the language of music and the language of books. Glad to know others do, too! Your novel looks enticing, too, and raises good questions and issues. I'll have to look out for it!

After years of thinking "I need to read this series since I enjoy Ellison's Murderati columns so much," I had decided to pull the trigger on book #1. But, then, I was contacted to read/review this latest book and thought "What the heck?" I have it on audio and it is one of those stories that I can't wait to have 5-10 minutes with while washing the dishes or commuting to work. Having not read the previous entries, I can't say how darker this book is. But, having read this post, Patti, I am now a bit more aware. What I like most so far (up to chapter 35) is the believability of Taylor and her comrades. It's a tense read even when the characters are just talking because what they are talking about is coming for them.

That becomes my problem once a series is underway. I like to read the first one, but often the first is not the best. So this makes me think I can just leap into it.

I find some of the Smashing Pumpkin's music inspiring as well. Particularly Ava adore

Patti, thank you so much for having me today! It's a real pleasure.

Nigel, I agree. Nothing would hold me back either. Thank you - I hope you enjoy it!

Margot, so much of my work is inspired by music. I'm always amazed at how I can get stuck, then listen to a specific song and the whole thing comes crashing back to me, and I write furiously for the rest of the day. You can understand, I'm sure : )

And yes, Patti - leaping in is sometimes better. We all improve over time.

Scott, I can't believe I'm going to say this, but I'm glad you're starting at the end. Debut books are just that, sometimes ; ) And so glad you're enjoying Murderati!

Charles, Tonight, Tonight too... and their videos rule!