HOW I CAME TO WRITE THIS STORY: Kieran Shea 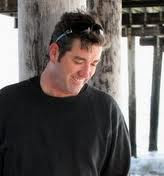 How I came to write this story?

PROXY 529 came about from a couple of things. At least one week every year I surf various spots in northern California with a good friend I met in Baja back in the 90s. I’ve always wanted to add a “surfing” element to a crime story, but it was essential for me not have the act itself be overwhelming to the plot. Why? First off, surf-driven stories are excruciatingly dull (like reading some artless goon describe their first orgasm…ugh…you want that just pick up Surfing Magazine or The Surfer’s Journal) and second, surf-driven fiction always seems to smack of gimmicky fraud. In my opinion there are only two writers who have succinctly captured the experience—Daniel Duane (Caught Inside) and Kem Nunn (The Dogs of Winter, Tapping the Source, etc.). What's that? Okay, maybe Winslow, but if you notice Winslow focuses on the story not the physical activity itself which tells me he’s cool and certainly doesn’t kook-up the lineup like some inland, day-tripping dork. I like the end of The Death and Life of Bobby Z especially. Oh, and John Shannon's killer ending to Palos Verdes Blue. God damn, no one has ever surfed a landslide before.
Then at the time there was the excessive hand wringing over Cormac McCarthy’s The Road. It was making me angry. Yeah…father and son…the big, bad apocalypse…I get it, but give me a break. Enough already. After all McCarthy novels that came before this is the one that grabs Oprah by the short and curlies? What a pile of utter horseshit. Sorry, I’ve more faith in humankind than that. So the story's father and son angle came out of that anger.
Then I got to thinking, how does a criminal father initiate his son into the family business while still having hopes and plans for his son’s future? Hence, PROXY 529.

Born in New Jersey, KIERAN SHEA’s short fiction has appeared in many a dark venue including Thuglit, Dogmatika, Plots with Guns, Word Riot, the Needle and Crimefactory. His first print-based crime story, "The Lifeguard Method" appeared in Ellery Queen Mystery Magazine and his "Faith-Based Initiative" appeared in Thuglit's BLOOD, GUTS and WHISKEY anthology (Kensington, 2010) as did his short "Off Rock" in David Cranmer's powerhouse collection BEAT TO A PULP: ROUND ONE.
Posted by pattinase (abbott) at 8:00 AM

Patti - Thanks for hosting Kieran.

Kieran - Thanks for sharing your story. I think you base it on a really interesting question: how do you initiate a child into "the business" without it meaning resignation...

I actually have to claim to being one of those who really liked the Road. The book at least. I'm sure a part of it was that I have a son and for a time we were pretty much on our own. Though not after an apocolypse fortunately.

My husband loved THE ROAD, although didn't want to see the film.

The Road was just so ham-fisted for me. The whole book felt like I was being preached to...w/c I don't care for at all. I'm an ALL THE PRETTY HORSES sort of guy.

I liked The Road. I think it was Dave White who said it was like Stephen King with the sharp edges shaved off so you don't hurt yourself! True! Still a good book though it could have done it's gig well enough if it was shorter.

That's the only one I've read (ATPH). My husband's favorite is BLOOD MERIDIAN, which I guess is pretty bleak too.

OFF ROCK, one of my favorite stories in BTAP#1... Thanks, Kieran.

You are a twisted dude.

Twisted? Me? No. But seriously, when you think about it...stretched against the scope of McCarthy's work...wasn't THE ROAD just a smidge over the top? Admit it.

Oh. And thanks, Ron.