HOW I CAME TO WRITE THIS BOOK: Wallace Stroby 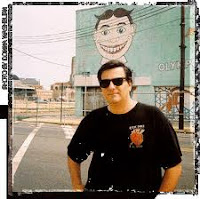 “How I Came to Write This Book” Wallace Stroby

Cold Shot to the Heart

Blame it on Ali MacGraw.

But I’ll come back to that.

I’ve always been a fan of the tough, laconic crime novels of the Fawcett Gold Medal paperback era. From the mid-’50s through the early ‘70s, Gold Medal published original novels by writers such as John D. MacDonald, Jim Thompson, Peter Rabe, Donald E. Westlake (in his “Richard Stark” incarnation) and Dan J. Marlowe, among others. Though written quickly and priced cheap, the best of these books were mini-masterpieces. Their protagonists were often antiheroes, criminals or flat-out killers. The prose was terse, the characters terser, and the narratives ran lean and mean.

The editor on many of those Gold Medal books was the legendary Knox Burger. In the early 1960s, he and MacDonald developed the Travis McGee series to replace a gap in the Fawcett line after Richard Prather, one of its star authors, jumped ship. Burger was also responsible for bringing Westlake over from Pocket Books to continue his run of pseudonymous “Richard Stark” novels about a professional thief named Parker.

In later years, Burger founded his own literary agency, representing Westlake, Lawrence Block, Martin Cruz Smith and many others. So when I began looking for an agent for my first novel, THE BARBED-WIRE KISS, I knew who I wanted.

Unfortunately, at that point Burger was in his late 70s, seriously ill, and planning to dissolve his agency. Still, he was intrigued enough by what he read to take me on. He had many suggestions on the manuscript as well, all delivered in his characteristically gruff, no-nonsense manner, either by letter or over the phone. Despite having been one of the architects of the Gold Medal style, Burger found my first draft of KISS far too laconic and terse for his taste. He wanted more emotional underpinning, more backstory on the characters, more explanations of their mental processes. “You’re trying to write like Richard Stark,” he once told me over the phone. “Don’t!”

Though Burger bowed out after submitting the book only once, those letters and calls were like a master class in crime fiction. With his input, I wrote another draft, and landed a new agent, who sold the book.

Not long after finishing KISS, I’d begun toying with a novel intended as something of an homage to those hard-boiled paperbacks I’d loved. Titled SERIOUS MEN, it was about a career criminal being pursued by a psychotic ex-con. I didn’t get far with it. It felt too much like pastiche – ultra-tough and ultra-terse – and Burger didn’t like the few pages he’d read of it. I abandoned it shortly afterward, and began work on another book, which became my second novel, THE HEARTBREAK LOUNGE. My Gold Medal jones had subsided, at least for the time being.

But inspiration comes in strange ways. A piece here meets a piece there, and suddenly they make sense together. My third novel, GONE ‘TIL NOVEMBER, was about a female sheriff’s deputy and single mom in a rural Florida town. When it was done, I was still intrigued by the idea of writing a hard-edged crime novel from a woman’s point of view, especially a woman on her own, forced to make her way in a man’s world.

Around the same time, in another of those moments of synchronicity, I rewatched Sam Peckinpah’s 1972 film THE GETAWAY. Based on a Jim Thompson novel, with a screenplay by Walter Hill, the film starred Steve McQueen and Ali MacGraw as Doc and Carol McCoy. a modern-day Bonnie and Clyde on the run after a bank robbery goes sour. Though the chemistry between the two stars was real (they reportedly fell in love on the set), the relationship between the characters was clearly a dominant/submissive one. At one point in the film, McQueen’s Doc – a veteran armed robber just out of prison – is so angry at his wife that he stops their car and smacks her around viciously. MacGraw’s character sulks, but takes it.

All those disparate elements began to come together in my mind. What if the Ali MacGraw character weren’t so passive? What if, instead of being a meek punching bag, she was a cool professional herself, capable of holding her own in the brutal, male-dominated world of high-level armed robbery? What if, having been mentored by an older career thief now in prison, she was skilled enough to plan and execute robberies on her own? Whoever that character was, she wouldn’t be played by Ali MacGraw, that was for sure.

That led me to start thinking again about SERIOUS MEN, and though I’d long ago lost the few chapters I’d written, the idea was still clear in my head. Now I had a character – a professional thief named Crissa Stone – and the bones of a plot. A year later, I had a novel – COLD SHOT TO THE HEART.

So I have a lot of people to thank and/or blame for that book. One of them would be Knox Burger, who passed away last year at age 87. Another would be Donald E. Westlake, who died in 2008 and whose books were a huge influence on me, as were those of his contemporaries. In a more circular way, I also have to thank Jim Thompson, Sam Peckinpah and screenwriter Walter HIll.

And yes, Ali MacGraw too.

Wallace Stroby is an award-winning journalist and the author of the novels COLD SHOT TO THE HEART, GONE ’TIL NOVEMBER, THE HEARTBREAK LOUNGE and THE BARBED-WIRE KISS. A Long Branch, N.J., native, he’s a lifelong resident of the Jersey Shore. THE BARBED-WIRE KISS was a finalist for the 2004 Barry Award for Best First Novel. A graduate of Rutgers University, Stroby was an editor at the Star-Ledger of Newark, Tony Soprano’s hometown newspaper, for 13 years.

I really liked GNE 'TIL NOVEMBER and I have this one waiting for me at the library when we get home from Florida. Can't wait.

I remember the "Getaway" fondly myself. Definitely a cool movie, and Ali McGraw. Yes, ali Mcgraw.

She wasn't much of an actress but she sure looked purty.

Patti - Thanks for hosting Wallace.

Wallace - Thanks for sharing what you learned from a master craftsman :-). I think it's wonderful when those who are that talented also share what they know.

I'm reading this now, about 100 pages in so far. It's a straight up old school, meat and potatoes crime novel. Which is to say that it's pretty great so far.

This book kicks so much ass. Stroby in top form. Just jumps and runs full tilt until the end....LOVED IT.

He's the real deal, all right.

I just finished reading it today. It's like a Parker novel if Parker was a woman. Great old school, no nonsense crime book.

I loved Gone 'til November. Has Morgan Freeman read it?

Cold Shot was terrific, too. Please tell us it's going to be a series. I'm ready for the sequel right now.