How I Came to Write This Story" Jane Hammons 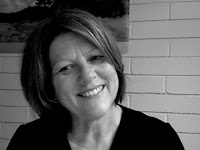 HOW I WROTE THIS STORY

When I was about 10, I was goofing around with some tin cans (don’t ask) and almost cut my thumb off. After the stitches healed, I thought if I was ever fingerprinted, I’d have a pretty cool thumbprint. In the early 80s, long before laparoscopic surgery, I was a kidney donor for my older sister. When I told people I was having the surgery, they often made comments like, “Wow, your bikini days are over.” A big fuck you was usually my response. I’d wear a bikini if I wanted to, scar or no scar.

So when I read the “I don’t really mind the scars” challenge here at pattinase, I remembered that anger. This reminded me of an article by Jessa Crispin I’d read in The Smart Set that better expresses than I can some of my concerns about representations of the female body in crime fiction. But there’s no better way to kill a story than to burden it with a bunch of “isms” and a personal axe to grind. I didn’t make the deadline to post a story for the challenge because it took me a while to get off my hobbyhorse.

Then the character—a woman who begins cutting herself as a child—came to me. My grandmother used to talk about family members who “show their Indian,” a phrase that refers to skin color, which, depending on her mood was either something to be proud of or a cause for shame. I thought of this as a “scar” that my Cherokee grandmother dealt with most of her life. I remembered that I kind of liked my thumb scar. And that helped me understand the kind of tension I wanted in this story between impulses that are deadly yet also creative. Once these things started bumping up against each other, I began looking at maps and working with Indian place names. From a long ago anthropology class on body art, Hunapo, a Maori skilled in the art of skin packing, showed up. At that point, what had been a big noisy collision in my head, started making a strange kind of sense, and I began “Mapping the Territory.”

Jane Hammons teaches writing at UC Berkeley where she is the recipient of a Distinguished Teaching Award. She has work included in Hint Fiction: An Anthology of Stories in 25 Words or Fewer (W. W. Norton 2010) and The Maternal is Political (Seal Press 2008). She recently received a Derringer Award from the Short Mystery Story Society for Best Flash Story 2011. Her most recent crime fiction has appeared in A Twist of Noir, Crimespree Magazine, Powder Flash Burn, Pulp Metal Magazine, and Verbicide Magazine.

I grew up on a farm so I've got some serious scars all over my hands. I'm kinda proud of 'em.

That story has quite a deep history. It's one of the best I've read this year -- stayed with me for a number of days.

I grew up on a farm, too, Charles, where I was free to almost drown in irrigation ditches and get into all kinds of mischief.

And thanks, Chris, for your comment on Mapping the Territory.

It's so beautiful. This is especially wonderful “I don’t mind the scars,” he said, trying to convince himself, desperate to continue the journey but unable to make the climb.

I knew what started the story process, but it's great to hear the rest of the story behind "Mapping the Territory."

I'm glad we were able to present it to the public. It was an exceptional story.

Thanks for reading Pia and Paul, and double thanks to Ron for reading this and for publishing the story.

I've not read the story, but with a history like that I'm going to make sure I do.
I'm so full of admiration for what you did for your sister; that's about as generous as it gets. And to with the bikini whenever you like.
Thanks for the frankness,

Hey Sam--I hope to give you more.

And Nigel, thanks for your kind comment. My sister still has that kidney--going strong after 25 years!

Interesting how some characters just come barging in and demand you "write it like I tell you."
Nice to hear the history of that brutal tale. Like I said in the comments on it, it stopped me in my tracks. Good to know that such a brutal story had such an act of faith and remberance of tradition for inspiration.