How I Came To Edit This Book: Deadly Treats, Theresa Weir (Anne Frasier) 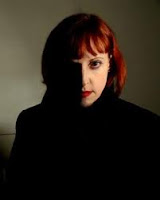 Bats in the Belfry (DEADLY TREATS)

Two years ago I decided to start my own publishing company, and I planned to begin with a single ebook. This was around the beginning of the ebook rise. Everybody and their uncle had jumped in, but not the aunts, cousins, and kissing cousins. I settled on horror and suspense as a publishing focus, and I called the house Belfry Press. The first book would be a collection of Halloween stories, and I sent out invitations to twenty-five authors, published and unpublished, asking if they’d like to join me in my little experiment. I promised nothing but possibly a rubber bat and a free download of the Halloween anthology, which I was calling Bats in the Belfry. I thought that would be a nice launch title. The first story came in and well…it blew me away. The next story came in and, well…it blew me away. And so on, and so on.

About this time, I started releasing my backlist in digital format, and I saw that sales weren’t spectacular. And I quickly came to realize that a digital ebook by an unknown press might not be the best place for these wonderful stories. They deserved more. So I asked the contributors if they’d be okay with my shopping the collection around, and all but a couple said fine.

About the same time, one of my old Theresa Weir books was reissued by an ebook house, and less than twenty-four hours after the release it was being pirated in several places. So I suddenly wasn’t feeling all that warm and fuzzy about ebooks. I submitted Bats to a print-only house in Minneapolis called Nodin Press. Nodin Press has published a lot of mysteries and anthologies, but never a Halloween book, so I was surprised and thrilled when the owner, Norton Stillman, called and said he’d like to publish Bats. Along the way, we decided the title no longer worked because, well, it was chosen with Belfry Press in mind. After some back and forth emails, we decided on Deadly Treats. The book just came out, and honestly, this anthology is such a LOVELY TREAT, and I'm in awe of the writers and the writing. I'll think, Oh, this is my favorite. No, this is my favorite. Oh, but what about this one? And this one? SO MANY great stories! You can order a copy directly from Adventure Publications, or you can find Deadly Treats almost anywhere print books are sold.

Patti - Thanks for hosting Anne.

Anne - Thanks for sharing the story of how your Theresa Weir books found new light. You're giving me lots of good ideas as I consider what I'm going to do about some of the stuff I've written. I wish you much success!

Good stuff. Pleased as punch to be part of that antho!

Patti, thanks for the blog invite! I"m so proud of this anthology, and so happy to have both you and Paul on board.

Oh, and the book has been out of stock since the release date! Argh! Hopefully that will change soon, but so much for getting it to more people. Haha!

This collection has received such positive buzz.

Interesting post. Deadly Treats sounds like a winner -- such a great lineup and a cool cover to boot.