Writing for the Reader 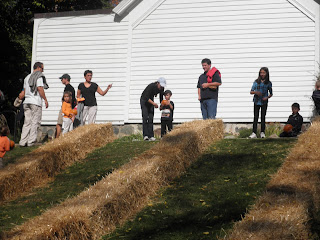 In an interesting article last week in the NYT, Michel Cunningham (THE HOURS) addresses several issues about reading/writing. But what struck me most were his thoughts about the relationship writers have with their readers.

He claims a writer should not write for himself, but instead for an ideal reader. In his case, he writes for a woman who once told him that she found CRIME AND PUNISHMENT better than the trashy books she usually read. But not as good as a Scott Turow novel.

She read books to be entertained, and after this insight, Cunningham tried to write books that would matter to her. She was his target audience.

A book written for me would have a mystery of some sort, humor, some psychological underpinning, and sparkling writing. I could name Charles Willeford as a writer who seems to write for me. Margaret Millar. Or the early John Irving. As a writer, (although I hate to call myself that), I don't know who I write for but I need to think about it.

I wonder how many writers mainly write for themselves. Cunningham warns against this, equating it with making an elaborate cake for yourself.

Books and cakes are meant to be digested by others. Write for your reader.

As a reader, what writer seems to write books meant for you? As a writer, who do you write for?
Posted by pattinase (abbott) at 8:00 AM

As a writer, I start by thinking, "What would I, as a mystery lover, want to read about?" If I'm bored, irritated, etc. by the idea, or by a character, readers will be, too. Beyond that, I try to write for readers who want a puzzle to solve. I do develop characters and so on, but for me, the mystery challenge is important.

I'm such a huge reader that my ideal reader IS me. I primarily write the kind of stuff that I'd like to read.

The specific readers who enjoy reading organized crime novels ... all 11 of them.

Despite what Cunningham said, I am not convinced we can ever write for someone other than that person inside us who reads. What do I read-writing to some other concerns, say commercial, would just be too tedious. For instance, I could never write romance novels, having never read one. Science fiction, I know too little about.
Both Margot and the Charles' here write for themselves. Maybe it's not possible to write for someone else with much credibility.

You slant as much as you choose to. At a certain point, it becomes hack.

You write and see what comes of it. You really can't easily predict what the response will be, certainly not on any individual level.

I don't think he was suggesting that a writer become hack to sell books. Rather that you write for your ideal audience. I have moved this discussion in the wrong direction, I think,

My audience is not everybody, but people who are willing to put up with my love of adjectives and some description. I write for people who care about characters and setting, but also like a proper plot or mystery.

I do think about my readers, but I hope I´ll never, ever write a book I wouldn´t want to read myself. I can survive very well as a teacher (probably better than by writing) so if I don´t love writing any more, what´s the point?

My role models are mainly British, but I love Sue Grafton - and if I *could* write like a certain Megan Abbott, I would! I can´t so I´ll have to settle for something more ordinary, and I can live with that. As long as *I* do my best.

I admit I write primarily for myself. I don't completely disregard what my readers would (or would not) want to see, but if I'm going to enjoy my writing, I have to write the stories, characters, etc, that I enjoy. I may tweak things, smaller events or details to appeal to those who are not as quirky as me, but at the core, it's the story that I want to read.

If other readers enjoy the things that I write, then we're both in good shape. And for this, I may never get a novel publisher or may only have a small audience of like minded readers.

Probably what we all do whether we mean to or not.

I try to write for people who like the same kinds of books I like. That's a lot like writing for myself--and a good bit of what I do in the course of a story is for my amusement--but at the same time I think writing solely for oneself, without concern for anyone else, is a bit of a masturbatory exercise, and no one wants to see that. (Well, some, but that's their personal issue.)

I'm not a writer, just a reader. But I like to feel that the people I read are writing or have written for me. Not a 'specific' me, but a kind of generalized me. I value imagination, brilliance (where I can find it), a sense of fun, the English language, and most importantly, some sort of inner strength, gentleness and kindness.

That is quite a diverse list, Yvette. I am not familiar with one or two of them.