The Continuing Problem of Unlikable Characters 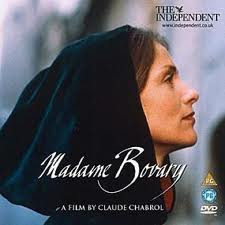 There is a good piece in THE GUARDIAN concerning the problem for writers with their readers when they create unlikable characters. The writer of this piece offers many examples of nasty characters who create an indelible impression --mostly because they are unlikable. The comment section is interesting too.

Likable characters are often dependent on unlikable characters to give them the means of showing their niceness. So, in effect, the nasty characters really run the show in most books. The unfaithful husband, the office gossip, the peeping tom next door, the unscrupulous business man, the abusive father, the priggish friend, the jealous wife. And on and on. What kind of tension is there in a story without a heavy dose of such characters. And in a well-written unlikable character, you will always find a bit of yourself. Is it that quality that makes them hard to take?

I am trying to think of a great novel where there is no nasty character. Even if that character is nature or war, it occpupies center stage. And what is unlikable for some readers may hold verisimilitude for others-the way life is.
And then there is a complex character like Olive Kitteredge (Strout), in the book of that title, who is both nice and not nice over the years and through various eyes. That's perhaps the greatest creation of all--someone with the complexity we all have.

Can you think of a successful book with no unlikable characters? What nasty character works for you best?
Posted by pattinase (abbott) at 9:07 AM

While most people won't agree with me, I think Scarlett O'Hara is one of the nastiest characters ever created. Most think that she shows how strong a woman can be, and that may be, but stealing her sister's fiance, putting people in danger, and marrying just to get even or to get what she wanted puts her in the despicable category for me. And yet, the book works, especially for the time and the women it was written for.

And no, I can't think of a book where all the characters are nice. I think you need the nasty to hold your reader's interest.

Patti - You know, that's an interesting question. I think the essence of a good book is some sort of tension or conflict. That almost always involves nastiness of some sort. It's not always a person, as you point out. It can be an animal, a climate, or something else. In fact, in some terrific books I've read, the nasty character is an unpleasant side to the protagonist's character (i.e. the protagonist is in conflict with herself or himself). And one of my favourite nasties is Harriet Beecher Stowe's Simon Legree - Boooo!! Hissss!

When I read the book as a teenager, I didn't see it that way at all. I saw her as strong, romantic, enduring. But as an adult, I see her as destructive, selfish, ungrateful. I wonder how Mitchell saw her.
I have never read Uncle Tom's Cabin, Shame on me.

I think a book can succeed with mostly nasty characters (as much of noir does) but not with only likeable characters. The villains tend to be more interesting to me at least. Though it's important that they're motivations are complex and not a hundred percent focused on themselves.

I definitely think books need some nasty charcters, and for me they have to have a likable character. I loved the writing in White Oleander but didn't like any of the characters and it was a hard thing to get through.

I can take more than a few nasty characters if I can see why they are nasty and I am sympathetic with that to some degree. But I do like someone to hang onto over the length of a book. A short story is a different matter.

I think there are a lot more books with no sympathetic characters than ones with no nasty ones. Yes, White Oleander comes to mind--I have trouble with those, too. (But Winnie the Pooh is certainly an example of the latter.)

And I agree with Sandra about Scarlett O'Hara. In fact, I read one critic who said Rhett Butler is really the protagonist, and Scarlett the antagonist in GWTW.

If memory serves me well -- ha! it's a 1960s sieve -- the Sylvester Stallone Oscar-winning script of Rocky (he was the writer) begins with Rocky playing finger-tappings with some puppies in a pet store window at night. That's what made Rocky a likable character from the get-go.

Wow, what a great way to put you on a character's side and I never thought of it before, Fred. Actions speak louder.
I think lots of kids would favor books with no bad guys-and Winnie is the best example.
My mother loved Jan Karon books and I bet that's why.
Rhett is certainly more likable than Scarlett. He may be a rascal but he doesn't pretend otherwise.

Yes, the Jan Karon books - very good examples. I loved those books. A few years ago I went through a Jan Karon phase and read all the Father Tim books I could get my hands on. It amazed me because I would not have said they were my kind of books at all. A good writer can make just about anything work, I suppose.

I'd add TO SAY NOTHING OF THE DOG by Connie Willis, another book where there aren't any really nasty characters. It features Victorian society and time travel and is wonderfully funny. There is conflict though and a convoluted plot full of head-shaking improbabilities which, perhaps, negates the need for any nastiness.

A villain I especially loved was Sir Eustace Pedler in Agatha Christie's THE MAN IN THE BROWN SUIT.

On the whole, I am not fond of books where EVERYONE is nasty. Maybe when I was younger.

I've always seen Scarlett O'Hara as a very High Maintenance babe. But definitely a woman who gets things done. Those were not pretty times, so she did what she had to.
Not very prettily.

Good point. Can we criticize Scarlett for surviving when those around her gave up? Because she is stronger than Ashley and Melanie, should we scorn her?

T. C. Boyle comes immediately to mind for me when you talk about unlikable characters. I asked him once whether he deliberately tells stories to make readers uncomfortable, and he denied ever doing such a thing. Yeah, right.

I've read a lot of books with no nasty characters. I read them to my little one when she was two. I don't want to read such books at an adult level. No tension. I suppose you could have good people fighting nature, but it would work best if nature became a nasty character, which it sometimes is anyway.

I am not sure I like *really* nasty characters, but to me Macbeth is a wonderful villain. What if he hadn´t married Lady Macbeth? Well, I think Shakespeare knew what he did when he came up with those two.

Nature has little nurture in it.
The MacBeths were a piece of work. Just saw THE MIKADO where almost all the characters ran from nasty to selfish.

The Bridges of Madison County. Folks are cheating but there are no real unlikable characters.

Good example, David. And I guess Brief Encounter would be another one. The circumstance stands in for an unlikable character.