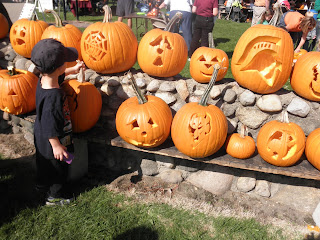 Can you trace the sudden popularity of adults reading YA fiction to a specific event? I guess it was probably Harry Potter, but what came next? Why is YA still growing and why is it better than ever? Is it less encapsulated in cliches and market concerns? What is the secret to YA fiction and what book have you found the most satisfying?
Posted by pattinase (abbott) at 10:00 AM

It is pure escapism for me. But more of an answer is they are very well written.

The latest is Ted Bell's NICK OF TIME.

I think it was before Rowling started her Potter series, and I think at least part of the reason (there's probably a doctoral thesis in here somewhere) is that the offerings from current authors aren't all that much FUN to read, it seems the world is reflecting it's cynicism, darkness and pain into fiction more than ever, in all the genres including the one they label "literature". Where to seek something a bit more fun, a bit less demanding, depressing, difficult? YA fiction.

Then to, and I happen to like this theory even better, there are a lot of baby boomers who want to do the same thing with reading they do with cars: have the ones they enjoyed when they were young. In the case of books, that's often escapist adventure, pulps, science fiction space opera, mysteries that are fun to read and with a satisfying, simple ending. ("Good job, boys," said Fenton Hardy.)

The third reason I'd toss out there is that children of readers in the 1950s-1960-1970s generations, who got read to in their youth and now want to read to their children and they want to read something they can enjoy right along with them. Since the younger readers want exciting adventure, parents read it too. I think at the moment, Rick Riordan is the one cashing in the this trend the most.

I know I loved reading them to my kids: Tom's Midnight Garden, When Hitler Stole Pink Rabbit, Tuck Everlasting all stand out in my memory. I read all these books while they did the dishes together, Megan standing on a footstool. Wish I had thought to snap a picture of since we did it every night. The reason was this, they were skipping by books I thought they should read. Going to adult books at too early an age.

I read YA for fun, and write it too. I think the writing tends to be better: stronger voice, tighter plot, better writing--a lot of the same things I like about short fiction.

I think in general, the popularity of YA with adults is because of the escapism, like David said. It's just more fun, particularly when you're talking about middle-grade books.

Patti - Interesting question! Definitely I think the popularity of Harry Potter played a role. But I also think it came about because of the way the population has changed. The teen population has increased, and that number continues to grow. I'm no expert on population statistics, but if that's true, it makes sense that there might be a lot of interest in that market.

I read one years ago called The Day No Pigs Would Die, or something like that. A very moving, evocative book.

And I have to wonder why no pigs would die. Was it a moral issue or something fantastical?

TUCK EVERLASTING was a good one.

I guess I started reading more of them when Jackie was teaching them and brought the books have from school. And many mystery writers (Pete Hautman, Mary Logue for two) also write YA.

Bill Crider has recommended many on his blog, which was also a catalyst for me.

I read THE BOOK THIEF of late, but I found it difficult to see why it was a YA book. Because the main character was a girl didn't seem to be enough reason.

The writing. Yes. Although there are some big-name authors in the YA crowd, the publishers appear to me to believe that quality is the road to good sales in the YA market; whereas with adult titles, the publishers act as though celebrity is a more certain road to profit.

Before returning to early western fiction this year, I've been reading Middle Eastern and North African fiction. I liked the challenge of trying to get more familiar with Muslim cultures and history.

Coming off that, the mainstream fiction back here seems kind of bland. It's all YA.

That's great, Ron. Grace us with a favorite title.

Although I have now moved to another job, for many years I worked in a junior high school library and read lots of YA as part of my job. I think the appeal of YA is the hope, the optimism. Even the most dystopian fantasies (for example, THE HUNGER GAMES) contain a seed of hope for the future. YA books also show young people taking an active role is bringing about something positive. Perhaps all of us need something like that once in a while.

My favorite "old school" YA is ANNE OF GREEN GABLES and all of its sequels. The best YA I've read this year is Judy Blundell's WHAT I SAW AND HOW I LIED, a coming-of-age story set just after WWII.

I will look for that one, Deb. I read an article that sort of came to that conclusion. That although the stories were dark, they left room for hope.

Harry Potter clued me in. Lately I've read several YA books and enjoyed them as much as the 'regular' stuff I read. THE BOOK THIEF didn't seem to me to need classifying as YA or anyting else - it was just a helluva good book. Well, why classify anything? A book is either good or it's not. But that's just me. (But then I still love picture books.)

Patti - per your request: two novels from Pakistan, A CASE OF EXPLODING MANGOES by Mohammed Hanif, which belongs on a bookshelf next to Heller's CATCH-22, and IN OTHER ROOMS, OTHER WONDERS by Daniyal Mueenuddin, a fine collection of interrelated short stories. And one more: ARABESQUES, by Israeli-Palestinian writer, Anton Shammas.

Thanks, Connie and Ron. So many great books. I have been hearing about THE HUNGER GAMES for a while now.
EXPLODING MANGOES. I will look for that one. The title intrigues.

In the 70's I published 5 YA titles. They were all what librarians called "hot topics". They weren't that for me. I wanted to write about those subjects because they were meaningful to me. I don't think adults read my books, but they weren't meant for them. One of them was taught in school. I think it still is in some places. I have no interest in reading YAs but that's probably because I wrote them. I don't like fantasy and it seems a lot of YAs are in that category. The last book I'd ever want to read is a Harry Potter book. Still, I wish I'd written them!

I don't think adults read YA until recently. I don't know if the books are more mature today, if the kids more mature, the adults less mature or adult books have grown dull. But something changed.

It might be more cynical to say this but I think there are lots of cliches in YA fiction but the young readers don't spot them as cliches the way older readers do.

I think YA fiction really took off when publishers became willing to put out longer books. I worked in a bookstore in the mid 80s and "Sweet Valley High" sized books were the norm.

As I get older, I realize more and more the gaps in my reading. I had gobbled up the Tom Swift, Jr. books as a kid, but had never read the original series. Other items I had never read included many of the Bomba the Jungle Boy books, Roy Rockwood's Marvel series, the Oz books, E. Nesbit, Doctor Doolittle, Mike Mars, Roald Dahl, or George MacDonald. I find that I can still enjoy them and that I am able to enjoy many of the current YA books also.

A couple of caveats: I could not get into Harry Porter at all, and I gagged my way through the first Twilight book. Most of the mystery juveniles and YAs I read as a kid could not hold my interest; why would I choose those when there was a world of adult mysteries out there?

The best YA fiction works to engage the reader honestly.

As I get older, I realize more and more the gaps in my reading. I had gobbled up the Tom Swift, Jr. books as a kid, but had never read the original series. Other items I had never read included many of the Bomba the Jungle Boy books, Roy Rockwood's Marvel series, the Oz books, E. Nesbit, Doctor Doolittle, Mike Mars, Roald Dahl, or George MacDonald. I find that I can still enjoy them and that I am able to enjoy many of the current YA books also.

A couple of caveats: I could not get into Harry Porter at all, and I gagged my way through the first Twilight book. Most of the mystery juveniles and YAs I read as a kid could not hold my interest; why would I choose those when there was a world of adult mysteries out there?

The best YA fiction works to engage the reader honestly.