HOW I CAME TO WRITE THIS BOOK-Charlie Stella

This is the first in what I hope will be a weekly feature on how writers came to write a specific book. 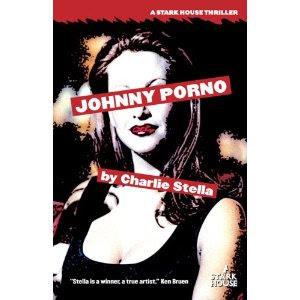 ears ago, after reading an article about the tragic life and death of Linda Susan Boreman (a.k.a., Linda Lovelace), I noticed a documentary had been made about the film responsible for her becoming an overnight celebrity and household name.

Inside Deep Throat was a masterful exposé that detailed the many variables at play behind the making of the film and how its political persecution became the driving force behind its financial success. Immediately after watching the documentary, my wife and I looked to each other and said, “Next book.”

It was special fun to write about my favorite character, Tommy Burns ... a quirky hit man in his infancy, so to speak.

Charlie Stella is also the author of MAFIYA, SHAKEDOWN, CHEAPSKATES, CHARLIE OPERA, JIMMY BENCHPRESS and EDDIE'S WORLD.
Stay tuned on Thursdays for future installments of HOW I CAME TO WRITE THIS BOOK

Next up: Dave Zeltserman
Posted by pattinase (abbott) at 9:06 AM

Patti - What a wonderful idea for a series!!!! Thank you!

Charlie - Thanks for sharing your experiences in writing. I always enjoy finding out about the different inspirations people have for their writing.

I agree; great idea for a feature.