One Suggestion for Improving TV Shows 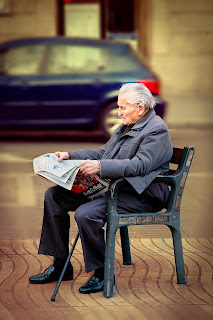 What one suggestion would you offer to the makers of TV shows to make them better?

Now on a great show like BREAKING BAD, they are not afraid to have an episode with just two of their characters. Or skip a major character for weeks at a time. But the average show, has to touch base with each of its characters, spelling out again their essential trait: quirky, sweet, innocent, selfish, etc. Is it in their contracts?

What do you suggest to improve TV? What bugs you?
Posted by pattinase (abbott) at 1:00 PM

I know it's not what you're asking, but dang it, here's my answer: THE COMMERCIALS!! There are so many, so frequently, repeated so often, it's a trial just to watch.

I now DVR anything we are going to watch. It is now a third or more of each show. And I am watching less and less regular TV over time.

Along the same lines as you I find far too many character predictable. Great fiction needs to have a character arc whether the venue is a book, movie or tv series.

Far too many shows are stocked with stale and stagnant characters.

Very few shows have growth in their characters. Each one must have no major changes in an episode. The reason I've always heard is in syndication, shows are often not shown in order of production. It would br too confusing to us for abc to be single one show, then learn he's a closet gay, then single again.

Now that's new to me, Randy, but makes sense. Stale is the right word, Travis.

I just want different and unique.

And less. The Brits do it right by running a handful of episodes a season. We run ours into the ground.

Yes, I cannot believe shows like MEDIUM are still on. Why must they run an idea into the ground.

For the same reason the Brits do, as well, as with DOCTOR WHO, ARE YOU BEING SERVED, LAST OF THE SUMMER WINE, THE BILL...because there's an audience for such.

And as with the other plaints, because it's easier to keep running any (at least modestly popular) show than to come up with something new...until the modestly popular item becomes too expensive over time.

My reaction to your initial suggestion, Patti, is, indeed...don't be hacky. Don't be lazy. THE GOOD WIFE came perilously close to utter laziness with the Deleted Message and people not bothering to doublecheck that, but (mostly) got around that, in the first episode of the second season.

I was worried about it because it is maybe the only network show I like (except for THE OFFICE). Also the first episode of Dexter was not what we were used to in terms of good writing.

I bet it is in their contracts. Tehy want the screen time. AS for improving TV? Have them stop cancelling the few shows I like.

Ditto, Patti. The only things we don't DVR are live news & sports shows.

Another thing the Brits do better: by having one person write all the episodes of a show (for the most part) there is a consistency of tone and character. And they only have to do 5-10 episodes rather than 22.

Another: if there is one successful show (see CSI) there should be a ban on spinoffs and/or imitations.

Finally, stop trying to do American redos of British shows, which rarely if ever work. (See FAWLTY TOWERS and ONE FOOT IN THE GRAVE for two of the most egregious examples.)

THE BIG C is OK. Overall, I prefer NURSE JACKIE. Zoe is my favorite character.

Variety would be nice. The major networks seem to mostly be reality shows/talent competitions or an endless round of nearly identical cop/lawyer/doctor programs.

The other thing I've noticed that bugs me is something happening purely when it's convenient or for a "plot twist", even though neither occurence makes any sense whatsoever and nothing has happened to explain it. And the worst is when they try to throw a flashback in to justify it and the flashback doesn't even make sense if you put it where it occured.

Patti I know you and I disagree about Ted Danson. To me he's so stylized and self conscious an actor--always has been; he's always "acting"--that he ruined last night's Bored To Death for me. We get it; he's a worldly stud. Press Worldly Stud on your computer and you get a picture of him. But with the other two principles wailing and riffing and doing great work (no way would I have gotten into that bed--hilarious!) for me it comes to a halt when Danson does his Worldly Stud turn every episode. And I think that's what you're talking about in TV.The one note star turn. I had high hopes for The Big C because of Laura Linney but it's flat and contrived to me. You've learned by now not to trust my opinion. I don't like Glee, Mad Men or (any more) the very tired 30 Rock. This may explain why I don't get invited to many parties.

I know what you mean exactly. I saw Danson on some PBS show in New York over the weekend and he played the same character there. He really repulsed me. I may never see him the same way again. So full of himself.
I do like MAD MEN but THIRTY ROCK had just one good year and GLEE is too belt-them-out style for my tastes.

At the beginning of the show, the actors are brain dead and make rediculous assumptions on limited information.

Then there are the funny consequences followed by realization of the screw up which leads to makeups and apologies. I Love Lucy to the Honeymooners to Dick Van Dike to Seinfeld to Everyone Knows Raymond and on it goes.

GLEE is, simply, awful, and has always been--its blatancy holds No charm for me. MAD MEN continues to suffer from the deficit that if there is a way that someone can be pettily nasty to someone else, particularly in the early 1960s, someone will do so. It's about as reliable that way as the star-turns are in the shows you decry. I'm still happy enough with 30 ROCK, but haven't seen the new ones yet. I don't mind Danson in BORED TO DEATH, but the writing of BORED is also prone to laziness and using Danson as the power enabler and cheering squad for the irresponsibility of the other two primary characters...and, boy, the worst thing about BORED TO DEATH has to be it being nearly as casually misogynist as TWO AND A HALF MEN. It tries to balance this with an unflinching look at how childish its men are, but as with Judd Apatow movies, the men are also allowed to be funny, self-aware, and otherwise more fully rounded, while their womenfriends are just jerks. I'm hoping for improvement there, since it is actually clever most of the time...far moreso than Gallifanakis's other most prominent recent gig, THE HANGOVER (dunno yet about his asylum teen-romance film).

Well, Chuck, that's precisely the foolish direction THE GOOD WIFE was going in. By gum, if they didn't also include a sex scene, portraying a kind of sex still technically illegal in many backward states, set to a soundtrack of NPR chatter, one would be tempted to moan louder ("that's what she did!").

I can't believe LONE STAR is gone already. That show had the potential of actually being different. Why did they put it up against such blockbusters, although ridiculous, competition and not even move it around. Idiots.

THE BIG C seems half-assed in precisely the same way as THE UNITED STATES OF TARA does. Desperate to be cute, good cast wasted. Nice touches at times, and that's about it.

Someone presumably had it in for LONE STAR.

Outlaw cop and lawyer shows, just for one season. Networks and writers would be forced to use their imaginations.

How many do you think are on right now? It must exceed two dozen.

I had computer problems otherwise I would've written this last night.

I'd just like to see less torture and sexual violence toward minors. It creeps me out and I don't think my reaction is proof of how well written they are.

Ed's reaction to Ted Danson is the same as my reaction to Glenn Close. Except the Stud part, of course.

What I hate is the constant bombardment of visual effects, the fallout of all those idiotic MTV videos.

I'm watching Bored To Death over here in the UK. Really have to agree with Todd Mason's comment the writing is completely misogynistic. Not a single likable female character they are all horribe. I'm sensing the writer Jonathan Ames has some real Mother issues. It's quite scarey, especially as he casts himself in his own fantasy.