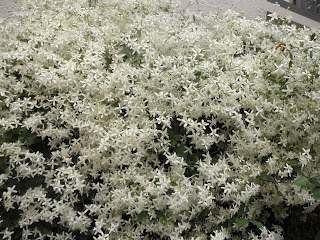 You knew it would happen. A reviewer in the NYT today called out Elmore Leonard on breaking his own rule #10 in his new book. "Leave out the boring parts that no one reads." But can we all agree on what constitutes "boring?" I doubt it.

Although that said, I am sure there are passages in books from a different era, we would all take a red pencil to. Thomas Hardy, for instance. Now I think Leonard's rules are basically good ones, but he set himself up for this by selling them as a little book, by making money from what should have just been some good advice.

Here are the rules first set down in the same publication, I think.

The whole thing is sort of like having your children remind you that you told them to keep both hands on the steering wheel, use a designated driver, and signal before changing lanes.
Posted by pattinase (abbott) at 9:53 AM

In the very early part of the last century W. Somerset Maugham said, "There are three rules for writing the novel. Unfortunately no one can remember what they are." In general Leonard's "rules" are good advice but, as you say, what's "boring" has to be decided by each reader. I still like place description, for instance. Not a lot of it. But as in Maigret and the 87th Precinct weather can become a vital part of storytelling craft. I appreciate good advice. Rules don't do much for me.

it is hard for me not to break most of them from time to time. My formative reading came at at time when writers showed no reluctance to describe a room for three pages. The one I try hardest to stick to is using only "said." I do think the use of anything else only calls attention to an unimportant part of the sentence. But the complete disappearance of adverbs may be a mistake. I don't mind hearing that he said something reluctantly rather than having to add a sentence saying that in some other way.

Patti - I like the way you put that - "Good advice." There are so many ways to write well and to write poorly that I"m not sure there really could be a set of rules, really. I've seen too many cases of books that break the rules and are still memorable...

Yeah, it's deciding what is boring that keeps all the genres alive. I find long stretches of dialogue boring. Long info dumps, etc etc.

Long anything. Right in the middle of an okay movie last night came an info dump that took me right out of the movie. Happens too often.

I'm wondering if the same rules apply to nonfiction. I was reading a nonfiction book yesterday where the content seemed so thin and abstract at times that I started skimming.

With student writing, it's usually a case of not ENOUGH concrete details. I keep having to say, "For instance?" and "Compared to what?"

Biographies are a terrible offender in my mind. Is every life worth 800 pages. Do we need to begin five generations back?

I'm amazed how much slack I'll give a 19th century writer. Reading Dickens or Dostoevsky is an act of immersion. I'm trying to pick up everything.

But 20th century, yeah, I want it to move faster, stripped for speed.

That's a great point, Dan. We do seem to accept a change in rhythm. Although I wonder if I could get through Hardy now. I loved Jude and Tess thirty years ago but now it might seem too melodramatic.

Oh, bother. Here's what happened. Critic woke up late, checked their email and found their credit card company never received their last payment. Outraged by this mistake they slammed down their Dean & Deluca mug and subsequently splashed hot coffee on their new suede jacket. After changing, the critic couldn't get a cab to a meeting downtown because it stared to rain. No time turned into a subway ride from hell. On the way into the building where the meeting was to be held, some vagrant wearing a Chewbaca mask and diaper slapped the critic's cranberry-cinnamon muffin from their hand. Then the critic got stuck in an elevator between floors, and what do you know, no #@&!* cell service. Two hours, packed and sweaty and on deadline...when the critic was finally freed from the elevator, they realized someone had swiped their wallet containing their walkaround cash for the week and all their dry-cleaning tickets (God damn it! those Pakistani ladies are sticklers!) Finally getting a signal, the critic discovered their voicemail was full with repeat messages from the senior book editor's assistant, some smarmy 7 Sisters weasel stabbing her way up from intern status, reminding the critic that once again the critic was overdue on the Dutch piece. The critic had forgotten completely and went into full-blown slash and burn on poor Mr. Leonard....(need an angle, need an angle...OH! I know!) And there you have it. Or maybe not.

Well,taking into account that reading The new York Times is like watching paint stay wet it's about time, really.All'rules' need to be challenged. Though I think I agree with all the Mr L rules.

I skip most description, especially description of the outdoors.If there are more than two lines about a cloud then, you know, it's wasted ink. I gave up James Lee Burke when he started to sound like Mills& Boone with guns.


I've just read R J Ellory's 'A Quiet Belif In Angels' , mind you, and I don't know how it fits in with the rules but there wasn't one boring moment in that book for me.

I so wish you would send that into the NYT book review, Kieran. It might be the beginning of a beautiful friendship.
And that is one more book, I need to read, Paul. I met him in the elevator in Baltimore two years ago and knew he would write beautifully.

As the only non-writer, I think, commenting today I must say this: Leonard's rule about leaving out the stuff that people don't want to read makes sense to me. I've ALWAYS skimmed when things showed up in books that didn't seem quite that important for me to bother about. But I guess the question is: how do I know WHAT to skim? Answer: I just do. (Don't get me wrong, I don't do this often and I don't do it with any joy.When a book makes me skim, it is not a successful book and I may or may not finish it.) And yet there are wordy books, example: CRYPTONOMICON by Neal Stephenson, in which I didn't miss a single word. No matter where Stephenson went, I went with him. How and why that works the way it does, I don't know. Maybe it's this: when an author takes obvious joy in words and language, then maybe I do too.

While we're on the subject of Elmore Leonard: Patti- did you know a film and literary festival is being held for him November 11-13 in Birmingham?

I did know about it last spring but had basically forgotten.
I don't know what to skim and often find myself having to go back and read what I skip. What a gift to know how to speed read. I am the type of reader who starts at page one and reads every word.

Good post, Patti. I'm very reluctant to join a lot of these "rule" crusades, such as the war on the word "was". Or "had". These are supposed to be weak words that must be excised at all costs.

Also, the word "suddenly" is somehow taboo. I don't get it.

I'm a fan of Maugham's quote that Ed Gorman mentioned.

"was" or "had" can be like "said." Words that don't call attention to themselves. Yes, suddenly was another word to scan ms. for last time I looked.

I'm with Kieran on this. For one thing, Leonard's voice is so compelling, I can't imagine I'd be bored reading his shopping list. For another,I had the feeling that the whole point of the review was to get to the "cute" walkaway advice to Leonard: "Get shorter." I'm uncomfortable with reviews that are more about the reviewer's cleverness than the book.

Good point, Anita. You did get the feeling the reviewer was waiting for the opportunity to use his words against him.

The only two books by two of my favorite authors that troubled me (so much so I refused to read either of them, even though I've been told both were good) ... George V. Higgins and Elmore Leonard writing about rules ...

I did read some of Leonard's rules posted somewhere and one of them turned me off. paraphrasing: "Always use said after dialogue, rather than something else more descriptive." While that probably holds true most of the time, it can't be a "rule".

In the end, it's up to the reader to decide whether or not the ultimate rule was broken or not (did they like the book).

Now, let's talk about how my beloved new york state buffalo bills were screwed by "rules" yesterday in Baltmore ... don't get me started!

Poor teams never get good calls. Is that a rule, Charlie? It sure holds true with the Lions.

I'm telling you, Patti ... it's a conspiracy. The Vast Bigger Market teams are keeping our two teams from facing off for the gold. We do play each other this year, but my guess is the officials won't even show up for that one. They'll probably grab a couple of fans from the parking lot.