How I Came to Write This Book" Tom Piccirilli 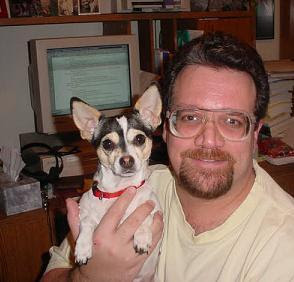 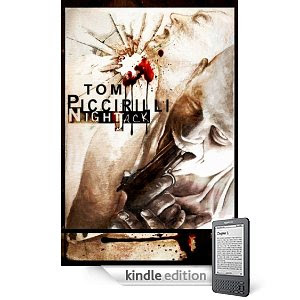 HIDEOUS BABIES AND THE LOOM OF MY MUSE


So how does someone come to write a horror-dark-fantasy-crime novel about a group of four people with multiple personality disorder who wind up together in a mental institution where a murder may or may not have occurred, leaving a list of 167 suspects including gods, creatures of myth, historical figures, private eyes, cowboys, and a talking dog? *gasp* And a protagonist who channels the spirit of Jack the Ripper, who can see all the other bizarre personalities and interact with them?

I have no clue. Scream “Cop out!” if you like, but I’m here to tell you the truth, friends, and the truth is that the longer I write, the less I understand the process. It’s like trying to explain how you breathe–the more you think about it, the more you’re likely to hiccup, choke, snort or hyperventilate. I’m always in awe of authors who can pinpoint the reasons, inspiration, and catalysts behind their fiction. My own muse is quite silent on the subject. She gathers up all the threads of my history and weaves and knots them together in a fashion that remains inexplicable to me.

The metaphor holds true. I never know what elements will reflect some small incident from my childhood or some unresolved situation or trauma. I look back on a scene and wonder, Why did I feel the need to discuss that? Jesus Christ, now everyone will know THAT about me. It’s that kind of a personal mechanism. I never know how deep the muse is going to ply. Maybe she’ll pluck some subject that’s currently on my mind. Maybe she’ll drag out my deepest fear. She might send me to the bureau where my high school yearbook resides. I could turn over from a dream and remember a line from Abbott and Costello that sends me to the keypad to knock out a new chapter. If it plays its part in making me, it plays its part in the work. And it all plays its part in making me.

I wrote NIGHTJACK about five years ago, just as I was making my move out of the horror genre and into the crime field. It felt to me that horror was a young man’s game. Writing dark fiction about the fears that lay ahead around the next corner, as opposed to crime, which seemed to be an older guy’s arena. Dark dramatic fiction dealing with the regrets and mistakes coming up behind you. My inherent story themes and current concerns dovetailed perfectly with my mid-life crisis. Since I started my screaming slide over the hill, I’ve become more and more invested in noir fiction. I don’t need speculative dreads anymore, I’ve got a wealth of real ones to keep me busy. The well of my past is deep. Just like yours. Just like anybody’s.

So NIGHTJACK was a swan song of sorts, a strange cross-genre fantasy that starts off in a mental hospital, moves to the mean streets of New York, and eventually winds up on a Greek island where myth and reality, the damned and the doomed, the dead and the divine all meet. I wasn’t sure if this one would ever see print. It didn’t fit in with my crime fiction career at Bantam. And my small press works, even the pieces that can be considered fantastical, leaned heavily toward the noir field. But digital publishing has opened up some new doorways for works that fall outside the usual parameters of one’s career. You don’t have to worry about your ugly babies anymore, you can allow the little hideous bastards out in public and let them lope along with the beautiful kids.

Tom Piccirilli is the author of twenty novels including SHADOW SEASON, THE COLD SPOT, THE COLDEST MILE, and A CHOIR OF ILL CHILDREN. He's won two International Thriller Awards and four Bram Stoker Awards, as well as having been nominated for the Edgar, the World Fantasy Award, the Macavity, and Le Grand Prix de L'imagination. Learn more at: www.thecoldspot.blogspot.com

This piece also ran on SPINETINGLER on Monday.
Next week, Bill Crider

Patti - Thanks for hosting Tom.

Tom - I really like the analogy you draw between writing and breathing. That makes so much sense!! It's really true that the more one does it, the harder it is to really take apart the process. In cognitive research, that's the difference between controlled processing, where one's aware of one's thinking and behavior(like learning to drive) and automatic processing, where one does things without really needing to be aware of the process (like driving on a typical day after you've been driving for years).

I'm running out to buy some Tom Piccirilli books right now! This is a great feature, Patti!

I'm finding it to be true too that the longer I write the less I can clearly articulate the process. It does become second nature to some extent.

My personal favorite is THE COLD SPOT.

Thanks to Patti for the very cool feature! And thanks to everyone else for their generous comments about the article.

Margot: appreciate relearning the terms, ie controlled vs. automatic processing. I remember a junior high science teacher explaining: "If you put your finger in a hot frying pan and pull it out, that's automatic. If you leave it in, it's controlled, and you're an idiot." Ah, education.