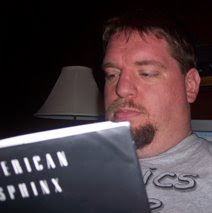 Some of the most faithful book reviewers on this site have been writers and readers of Westerns. They have a passion about the genre that I remember well.

Because when I think of Westerns, I think of my husband's grandfather reading one after the other, sitting in a rocking chair in front of the furnace in his living room. It was nothing for him to read ten Westerns in a week. He readily admitted, he'd probably read the same ones many times since he counted on friends and family to keep him supplied. And he didn't like the fancy ones, he liked his justice rough.

Currently, we have two friends who watch reruns of The Rifleman every morning as they do their exercises. They find the that show a welcome tonic to the day ahead.

My own experience with the genre is from TV and movies in the fifties and sixties. They were as much as part of TV fare as cops shows are now. Maybe more.

Okay, Western fans. Which of the TV Westerns of the fifties-sixties were the best?My favorite was always Maverick but I have the feeling, Maverick was an outlier. According to this website, there were more than a hundred Westerns of some sort in that era. I think my brother watched all of them.
So tell me, what were the best ones. 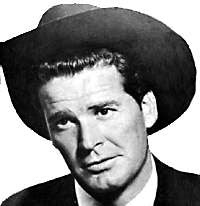 I was always partial to Wanted: Dead or Alive and one called Yancy Derringer.
I watched and enjoyed, of course, Gunsmoke and Bonanza. But the latter became a little too humorous for me at times(the byplay between Hoss and Little Joe the main culprit)

I remember both of them well. I liked Sugargfoot but I think that was a Will Hutchins thing.

Richard Booth had a lot of authenticity, didn't he? I don't think I've ever seen Branded.

The early seasons of Gunsmoke.

Wanted: Dead or Alive with McQueen. Last year I watched season one and it still holds up well.

Have Gun-Will Travel. The shows are dated but Richard Boone as Paladin remains captivating to watch.

My guilty pleasure is The Big Valley. Linda Evans was a big draw as a youngster and I thought Lee Majors as Heath was cool.

We might want to think about this in terms of writing. What makes something dated: money spent on sets and other similar things, sophistication of writing and acting, story lines that seem relevant, directing. What else?

The writing in most cases is still sharp. Production values in many cases of Have Gun seem dated and it tends to hurt the story for me. McQueen's Dead Or Alive and Gunsmoke's productions are grittier and have stood the test of time better. However, Boone's man in black is my favorite character of the bunch.

I think Paladin probably gave the closest insight to what the West was like then as could be had, considering the time in which the shows were written. (And leaving aside production values.)

It's not of the proper vintage, but to me the Western show all others will be measured by will always be DEADWOOD.

I can't speak to TV shows at all, and movies barely, but as a contemporary movie junkie I will say that I'm surprised there hasn't been more of a genre revival in Hollywood. Comic book and graphic novel adaptations are big now but should be suffering more of a backlash, and Westerns seem like a great alternative for the same audience --- action, badasses, vigilante justice, just minus the superpowers.

When I was a kid I was a big fan of Hugh O'Brian in " Wyatt Earp" and Gene Barry in " Bat Masterson." Not sure how those old shows would hold up now...but I wonder if it's coincidence that Tombstone is one of my top ten all time favorites flicks. [ Hell, I even done some rustling from the O.K. Corral for one of my flash pieces.]
John McAuley

Loved Wyatt Earp when I was a kid too. I'd forgotten that one. How about Cheyenne? Why isn't there any today? I loved 3:10 to Yuma. Why is Deadwood the only modern Western success? I can still sing a lot of the theme songs. Especially Have Gun Will Travel. Loved that song.

I watched and liked every show that's been mentioned so far, but in our house we always watched Have Gun Will Travel and Gunsmoke on Saturday night, so they're special favorites. And they hold up well.

At a Western Writers of America a number of years ago I met Paul Savage, who was the story editor for years on Gunsmoke and also wrote many episodes of various Western series. A group of us sat up in the hotel lobby nearly all night listening to him spin yarns about Gunsmoke and Maverick, another show he worked on. Wonderful guy and a great storyteller, and living proof of the fact that one of the best things about being a writer is the people you sometimes get to meet.

Left out "convention" after "Western Writers of America" in my second paragraph above.

Bronco Layne - and Jack Elam as 'Toothy' Thompson in that series. Some great by-play between the two characters. This series alternated, on a Saturday evening, with Tenderfoot (aka Sugarfoot in US).

Speaking of conferences, I went to one in Albuquerque and met an expert on Gunsmoke from the radio days, where William Conrad played the part. He had great stories to tell.
Yes, Saturday nights were set with those two great shows.
Tenderfoot makes more sense, doesn't it?

Was The Wild, Wild West about the last of them?

I'm watching an episode daily of The Wild Wild West (driving my wife crazy)but it's definitely one of the most original westerns.

Wild West, The Big Valley and Alias Smith And Jones were all towards the end.

High Chaperral is, in my opinion, the best of all the TV westerns of years gone by. But I love all the ones mentioned here. And in modern years I think Deadwood was a work of pure genius.

Patti, this post brings back a lot of memories. My dad was a BIG Western fan, so I grew up watching most of the TV horse operas: Gunsmoke, Big Valley, Bonanza, High Chapparal, Have Gun Will Travel, Wagon Train, etc. I loved Maverick for the clever plots and sly sense of humor and I still enjoy reruns of Bonanza for the great male bonding and family dynamics. Fun post.

"Was The Wild, Wild West about the last of them?"

Depending on what you mean, mostly no. GUNSMOKE ran till 1975, and certainly there have been other western series since, if few that have been sustained commercial successes, once you're past LITTLE HOUSE ON THE PRAIRIE and the miniseries version of LONESOME DOVE. I've been impressed by the relative quality of most of the last two decades' worth of western series, particularly DEADWOOD, PEACEKEEPERS, THE MAGNIFICENT SEVEN, LEGACY (one of those series that started poorly and continually improved for its abbreviated run), BRISCO COUNTY, and, stretching a bit (a pretty uneven show at best), LONESOME DOVE THE SERIES...and as I faintly remember it, THE YOUNG RIDERS wasn't too shabby. Perhaps you have to have at least a little something to get a western on, I suspect, at least more going for one than for the routine cop show or sitcom.

I'm a fan of the radio GUNSMOKE and some others, as well. James Stewart's THE SIX SHOOTER was pretty solid.

I catch a moment of Gunsmoke now and then and am always impressed with the high quality of the writing. Saw and read LONESOME DOVE. Nut not the TV series. Anyone seen Appaloosa. It came and went here very quickly.

And, of course, FIREFLY was intentionally a space/horse opera fusion. The series definitely better than the cinematic release which wrapped it up.

Do you refer, Patti, to the tv or radio GUNSMOKE? As the first Adult western on tv, the early ones were indeed pretty impressive.

I didn't see APPALOOSA. It did fly through. OPEN RANGE did a little better a few years back, as did the YUMA remake.

I've never heard the radio Gunsmoke but met an expert on it once. I liked Yuma a lot. SHould see the original.

Or read the Elmore Leonard story!

www.otr.net will play through episodes, though sadly the quality of the recordings there is variable.