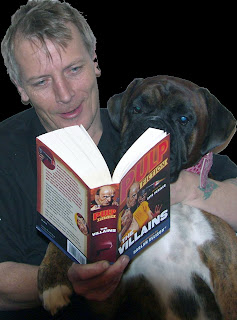 Regina Harvey is the author of a CWA Debut Dagger short-listed Baltimore crime novel, Taking the Village. Under the pseudonym McLean Jacobson, she won the Malice Domestic Grant for her humorous mystery, Extrasensory Deception. Her contemporary noir short story, "Catch Me Waiting," was published by ShotsUK, and is available for reading online. Her day job sees her performing neuropsychological testing for HIV studies in Baltimore, where she lives with her husband, a Maryland State Police IT Chief.

Each “The Girl” is a stand-alone featuring a girl – young woman,
really – who seems to have no connections, who builds or discovers
connections, unearths family secrets, and ends up with lots of money all for
her at the end - and a love interest too. I have always pictured Audrey
Hepburn playing each “Girl,” no matter what the physical description given
by the author. They have that quality of early to mid-sixties movies, where
the young woman is on her own, separated from any familial ties, her own
person with a creative and slightly odd job, yet ready for and welcoming of
adventure. Written by art gallery director and fine arts appraiser, Charles
Mathes, there is something decadently delicious, extremely escapist, and
just plain fun about these.

The Girl At the End of the Line (1999). Molly O’Hara, bookkeeper for a
North Carolina antiques shop, and sister to Nell – mute since witnessing
their mother’s murder seventeen years before, finds a playbill in a box from
a tag sale, showing both girls a world they never knew existed. Their old
grandmother was once a bright new acting starlet, who dies before they can
question her further, and, while the girls rocket to NYC to discover more,
their home in North Carolina is blown up, only the first of several
“accidents” to befall the sisters on their adventure.

The Girl in the Face of the Clock (2001). Jane Sailor, who choreographs
stage fights for theatre, receives word that her painter father, in a coma
these last eight years, has begun speaking without regaining consciousness.
This event has Jane scouring old papers, scampering from art galleries in
New York to antique shops in London, and dealing with the interest of an
international financier, all in search of the eccentric collector of clocks
her father has mentioned in his murmurings.

The Girl With the Phony Name (2003). An orphan trying to find her past,
Lucy MacAlpin Trelaine inherits an inscribed Celtic brooch. Her manic boss
at the funeral parlor decides they must discover the truth about the brooch
and what it can tell them about her past, so they comically hightail it to
the British Isles, where tea and – kidnapping? – await them.

The Girl Who Remembered Snow (2003). A grandfather’s cryptic will, a friend
shot by the same gun that killed her grandfather, a stolen model ship that
was fashioned after one her grandfather had sailed years ago… All these
elements add up to lead a puzzled Emma Passant, professional magician, on an
adventurous search for family truths.

Despite the author’s day job, the plots are not art, not stunning, not
startlingly original, but they are comfortably well-planned, and the writing
is fine, and I mean that in the way Audrey Hepburn might say, “My, this day
has been fine,” while staring up with wide, doe eyes at whichever leading
male has been such pleasant company. I can heartily recommend any of Mathes’
“Girl” books. They have been pleasant company and my reading of each has
been truly fine.

Cameron Hughes reviews books not only for January Magazine, but also for Crimespree Magazine, CHUD and any other publications that will have him. Like Don Winslow's Boone Daniels, he lives in San Diego.

You need to know about my dad first before I tell you about Donald E. Westlake’s The AX. When he was a boy growing up in , he worked as a lot boy at my grandfather’s jaguar dealership. When he was a young man in the 70’s he did a lot of car repo work and could tell you some wild stories. When he married my mother, he got a better job as a car salesman and made good, if not extravagant money. When I came along and was born with Spina Bifida, they realized raising me, despite the fact that I’m very independent and always have been, would be more expensive than the average kid. So he got a job at Chase Manhattan Bank’s branch and sold car financing.

He did this for a very long time and made himself and the bank very good money. Then he saw the writing on the wall. He was too good; he could demand more money, better dealerships to deal with. His days were numbered. They would eventually let him go in favor of a younger man or women (Many of who he had actually trained for Chase) who would work for less money. So he took early retirement at age 54 and then a lot of his former co-workers started getting forced to take early retirement. My dad’s whole life is cars and sales. It’s what he does, he can’t change that.

The AX was written 11 years too early, but as it is, it is scarily relevant now that the current administration has finally killed the economy.

While my dad foresaw his time coming to an end, ’s protagonist Burke Devore did not. He was the manager at a paper mill, paper is what he does, and in his early 50’s, it’s too late to learn a new career and he has a wife, a mortgage and a kid in college.

Burke is desperate, you understand. He had to take extreme measures to provide for his family. It’s that old moral question: Is it okay to steal if it’s too simply feed your family. So he comes up with a plan. He puts out an ad in the local papers and paper trade magazines and whoever applies,(Remember, the fake ad says to mail all résumé’s to his house)Burke evaluates them to see if they’re a threat to any future job he would get, and if they are, he kills them.

That’s the hook, and it’s brilliant.

Eschewing his normal setting, it takes place in the small towns of where a failing economy always seems to hit the hardest. Burke takes no pleasure in his mission. He doesn’t look forward to it, and he prays after each murder that a job will open up and he can stop this insane plan. To his shock, and if we’re honest here, his pride, he’s actually good at this. He doesn’t like it, but he can do it. Now, in another break from his usual way of writing, tells us this in first person. We’re with Burke every single step of the way and the reader becomes a voyeur as Burke takes out men that are like him who are also just trying to support their family. Burke rationalizes that it’s either them or him, and since he thought of the plan before anyone else, it’s going to be them. And the murders keep getting worse, from a simple shooting to gagging someone’s mouth and nose so they suffocate.

One important thing to remember is that The Ax is not a thriller. There are no action scenes; Burke is never really in danger from anyone. What this is, and Hitchcock would applaud, is a suspense novel. Are the police closing in on him? Will he get a job so he can stop killing? Will he even get the job if one opens up? This is the difference between a thriller and suspense. A thriller is a proactive story, while suspense stories are often very small and very understated, but with a constant sense of dread and paranoia. No movie studio would make a movie from this and stay faithful. They’d certainly never do ’s dark and very ballsy ending.

has written both suspense and morality tales, but this is him at his best. Like many of his novels it is very funny, but in a different way than what his readers are used to. He mocks the modern white suburbanite man’s sense of entitlement. The type of person that thinks “Yeah, bad things happen…BUT NOT TO ME” while at the same time emphasizing with Burke’s problem. You don’t have to like Burke, but you really will understand him.

Now, more than ever, ’s masterpiece is incredibly relevant.

Here's some other forgotten books. (I lost the original post so if I forgot you, let me know).