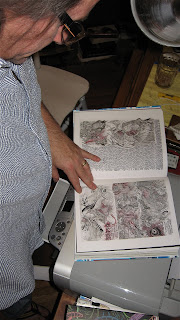 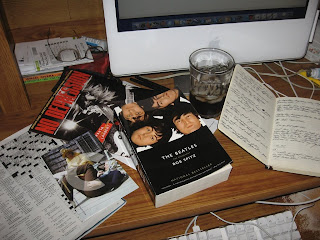 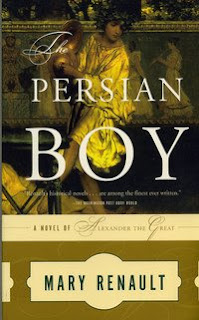 www.joolz-denby.co.uk; is a spoken-word artist and spoken-word recording artist www.myspace.com/joolz_denby; manages New York Alcoholic Anxiety Attack (NYAAA) www.nyaaa.co.uk; is an illustrative artist working within the music industry in particular for New Model Army www.newmodelarmy.org; is a working tattooist; is an Arts curator; is a photographer; and doesn't get enough sleep.

THE PERSIAN BOY - Mary Renault (Vintage) “It takes skill to depict, as Miss Renault has done, this half-man, half Courtesan who is so deeply in love with the warrior.”–The Atlantic Monthly 'The Persian Boy' traces the last years of Alexander’s life through the eyes of his lover, the exquisitely beautiful Persian boy, Bagoas. Abducted and gelded as a boy, Bagoas, the son of a disgraced aristocrat, combines intelligence and sensitivity with unwavering will power and endurance. After various trials, Bagoas was sold as a courtesan to King Darius of Persia, but found freedom with Alexander after the Macedonian army conquered his homeland. Their relationship sustains Alexander as he weathers assassination plots, the demands of two foreign wives, a sometimes-mutinous army, and his own ferocious temperament. After Alexander’s mysterious death, we are left wondering if this Persian boy in fact understood the great warrior and his colossal ambitions better than anyone. This novel is by far my favourite and I have read it many, many times. I always carry a copy with me on my travels as it never fails to entrance me. Mary Renault, herself Gay, paints a moving and intensely romantic - but never mawkish - depiction of a love that unites two seemingly disparate souls in an odyssey that encompasses the decadence of Darius' court, through blisteringly harsh military campaigns and the disapproval of Society. Landscape and historical detail are perfectly evoked without dominating the story as is the case in so many more modern historical novels and the central love affair is hauntingly memorable in its tender beauty. 'The Persian Boy' forms part of Renaults masterpiece, 'The Alexander Trilogy' and I would strongly suggest reading its companion pieces. Mary Renault is a criminally under-rated writer, who should be put up with the literary greats, where she undoubtedly belongs. Only discrimination against her gender and her sexual orientation, combined with the cold English distrust of emotion however restrainedly portrayed, has prevented this.

Cathy Pickens "Southern Fried" won St. Martin's Malice Domestic Award for Best Traditional Mystery. "Hush My Mouth," the 4th in the series, is out in paperback in November 2008. In her other life, she is a lawyer andcollege professor.

GEORGE MACDONALD, C. S. Lewis;
YOUR LIFE IN CHRIST, George MacDonald
To be forgotten and no longer known, one must first be introduced. As a writer, I’m fascinated by the writers who have inspired other writers, so I took note of a mention that two of C. S. Lewis’s inspirations were Jane Austen and ... George MacDonald? First, let me address Jane. I hadn’t forgotten her -- I’m embarrassed to say I’d ignored her. When I was growing up, my mother worked overtime fighting the cultural pressure she knew my three sisters and I would face that we HAD to get married. So naturally books that centered on falling in love and marrying a daughter off interested me none.

Thanks to C. S. Lewis -- and the perspective of time and a happy marriage-- I fell in love with Jane Austen’s books. Passionately in love. Eventhough I came late to the dance.With that happy discovery, I looked up George MacDonald. If Lewis had beenso right about Jane, why not?Lewis’s intellectually self-analyzed conversion to Christianity inspired his life and his writing, so I first read Lewis’s book “George MacDonald,”in which Lewis said: “In making this collection, I was discharging a debt of justice. I have never concealed the fact that I regarded him as my master; indeed I fancy I have never written a book in which I did not quote from him.” [Preface]Lewis first discovered MacDonald through his fantasy novel, “Phastastes,”which he had passed over a dozen times in the bookstall before he bought it -- and found his life transformed. MacDonald’s works have been updated by Michael Phillips; just as “Beowulf”and the Bible must have their language refreshed so we can better read them, so the language of the 17th century Scottish preacher needed some refreshing. I turned first to Phillips’ edition of “Your Life in Christ: The Nature of God and His Work in Human Hearts.” I loved it.Other readers may prefer instead his fantasies: “The Princess and theGoblin” or “Lilith.” In any of his genres, George MacDonald is a writer who deserves not to be forgotten. He still has a lot to say, through his own words as well as those he’s inspired.

Here's some other choices of Forgotten Books.

I just put up a post on Women of Mystery about two forgotten books, Nam and Cops. both are oral histories in the tradition of Studs Terkel.