In celebration of the 100th birthday of Robert Bloch 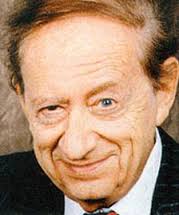 Robert Bloch, dead now for 23 years, was the author of thirty novels and hundreds of short stories, script, etc. His most well-known work was the novel, PSYCHO. You can find out more about him at any number of sites.

Both stories I read were from THE BIG BOOK OF JACK THE RIPPER (ed. by Otto Penzler). Jack's was a story Bloch returned to often. "A Toy for Juliette," which I have read before, is the chilling story of a child in some futuristic place that is amused by toys her Grandfather gives her. These are "real live toys" and I will say no more than that. Except that this was a frightening story. Children behaving badly always scare me and although I admired this story, I didn't enjoy it.

The second story ("A Most Unusual Murder") was a real treat because it combined so many of my favorite elements: time travel, antique shops, people who think they are smart being outsmarted, and Jack. Two gentleman stumble upon a antique store they have never noticed before. Inside one man's interest is drawn to a medicine bag that he manages to trick the owner out of. They are unable to open the bag initially but eventually do and follow a trail to an address where a trick of time awaits them. Great stuff.

I am anxious to read more Bloch now. He had an accessible but lovely writing style and a terrific imagination. On the hunt also for some of the TV scripts we wrote. Thanks to Stephen Haffner for bringing this anniversary to our attention.(http://www.haffnerpress.com/

More review of the work of Robert Bloch

That's an interesting read, I bet!

I love the idea for this special focus!

I prefer Robert Bloch's short stories to his novels.

What George said. I read PSYCHO when I was young, and NIGHT OF THE RIPPER in 1984. I've tried a couple of his reprinted novels more recently, but haven't really connected with them. On the other hand, I've a number of his collections - COLD CHILLS, SUCH STUFF AS SCREAMS ARE MADE OF, MIDNIGHT PLEASURES, MONSTERS IN OUR MIDST.

And, of course, "Yours Truly, Jack the Ripper" is an enduring classic.

I have a piece up now, Patti.

It's hard to pick my favorite among his novels, although THE KIDNAPPER, PSYCHO, THE DEAD BEAT, AMERICAN GOTHIC, and THE STAR STALKER are all near the top. And it's even hard to pick a favorite among his short stories. He may not have been considered a great literary stylist but, for my money, everytime he sat down at the typewriter was magic.

"I don’t know if Bloch’s name has enough cache to warrant his name taking up such a prominent space on the cover'...so much for Timothy Holden. Thanks for this page, Patti. Jeff Segal's tribute will be posted on my blog momentarily.

Blog reviews in honor of a 100th birthday is such a great idea.

I've never read Robert Bloch, but if he wrote Psycho, then he must have been a creative genius. The second story definitely sounds more appealing then the first, but I am now curious as to what the toys are, even as part of me doesn't want to know.

Thanks for including me Patti - love Robert Bloch and great to see his work still being celebrated.

I don't care for horror but the second story you reviewed sounds like a good read (not sure I could read the toy one though!). Thanks for the review!

I posted a little something at my blog as well:

Thanks for the review.

Eek! Sounds too scary for me. Horror isn't my thing.

Patti, have you seen TIME AFTER TIME (1979) with Malcolm McDowell, Mary Steenbergen and David Warner ?, its a minor classic about Jack the Ripper and H.G. Welles, you`d really enjoy it.

Off topic, Patti, congratulations to Megan for her nomination in this year's Thriller Awards! I haven't read any of the other nominees, but they'd have to be spectacular to beat Megan's. It was one of the best books I've read recently.

Thanks, Jerry. Although she won last year for THE FEVER. I am betting on the Hawley book.
Love TIME AFTER TIME. I want to watch it right now.

Patti:
Kudos to you and Todd Mason for your excellent work in bringing together an astounding amount of scholarship and appreciation on the Man of the Hour, and on such short notice.
I'd hoped to add something substantial of my own on this day-of-days, but such things will have to wait a wee bit longer.
Again, congratulations, and thanks!

Will there be a regular Friday's Forgotten Books event this week, or does today's post take its place?

No, we will still have one. Thanks!

Though I'll give you three guesses who wrote my FFB book this week, as well.

As you might've gathered, Patti, "Yours Truly, Jack the Ripper" was easily Bloch's most famous story until Norman Bates came along, and the first I'm pretty sure anyone's aware of to suggest the Ripper achieved literal immortality through his crimes. Harlan Ellison had always been taken with the story, and asked his friend Bloch to write a sequel to the story for Ellison's anthology of new stories DANGEROUS VISIONS. Ellison liked but didn't have his itch scratched by "A Toy for Juliette" and wrote, with Bloch's permission, "The Prowler in the City on the Edge of Forever" also for DV (and reprinted by Penciler as well). Meanwhile, everyone and their brother had ripped off the immortal Ripper idea, and Bloch went on to write sequels of sorts of several varieties, including the STAR TREK script, "Wolf in the Fold" which introduced the Chekhov character. "A Most Unusual Murder" was in the 35th Anniversary issue of EQMM, and was reprinted in the first THE YEAR'S BEST HORROR STORIES I found and read, the fifth annual volume (so you see it has a nostalgic charge for me, as well). HANDS OF THE RIPPER followed some years later.

And, of course, not entirely irrelevantly, there's a TIME AFTER TIME television series now.

Never fear, non-horror-readers...Bloch by no means stuck exclusively with horror. Some of his stories are gentle fantasies, such as "The Movie People" and "All on a Golden Afternoon" and many, as you might've noted, are humorous fantasies of one sort or another...and he wrote no few straightforward suspense stories.

But, yes, he's written some brilliant and shocking horror and suspense as well that cozy-only folks will Not enjoy. Joe Landsdale took lessons, as did Richard Matheson and Stephen King. And Neil Gaiman, and certainly HELLBOY creator Mike Mignola, who might be a bigger fan of Bloch than I.

I enjoy time travel books, and have just lately started enjoying science fiction in general. I'm with you about not liking stories about children behaving badly. The plot reminds me of an old Twilight Zone episode where a giant little girl had a doll house with live people to pay with. - Margy

Well, the story isn't quite that, but Juliette is definitely not one of your more savory children.

Richard Matheson and Charles Beaumont, who wrote most of the best TWILIGHT ZONE scripts, were students of Robert Bloch, and his old friend Ray Bradbury...in fact, Matheson and Beaumont, and William F. Nolan and a few others were sometimes referred to dismissively by some as "the Little Bradburys"...

Bloch, for his part, didn't write for the first series of TWILIGHT ZONE, but did write a notable amount of scripts and source stories for THRILLER, the series host by Boris Karloff, and THE ALFRED HITCHCOCK HOUR (and the very odd half-hour).

I don't think I've read anything by Robert Bloch. Perhaps Psycho, but that would've been many years ago. And now my curiosity is tweaked. I especially want to know what went on the first short story you mentioned! Thanks for introducing me to an author I need to pay some attention to.

Of course the great thing about the marvelous 1971 cult item "DR. JEKYLL AND SISTER HYDE" is that it also includes story threads about Jack the Ripper and Burke and Hare, one of Hammers finest in my opinion. You`d love it Patti.

And another Hammer cult item also from 1971 (that was such a great year for Hammer horror movies) that you`d really like Patti is "HANDS OF THE RIPPER" where Jack the Rippers daughter goes crackers every time she sees some twinkling lights, its a superb film.

Dead that long? wow. doesn't seem like it. I've still got some BLoch to read.

Reading the news out of Washington these days is about all the horror I can take....

The first thing I ever saw of Bloch's was The Night Walker starring Barbara Stanwyck and Robert Taylor. It was screened here in England in about 1974 on TV. I was about eight years of age and didn't know who had written it but it scared the life out of me. Not long after I also saw Psycho on TV. It seemed all the really scary films and TV programmes that were screened here in the UK at the time were either written by Bloch or based on his stories. I ended up reading his printed works and have collected a considerable amount of his books and film/TV works over the years. His TV works on Alfred Hitchcock Presents, The Alfred Hitchcock Hour and Boris Karloff's Thriller will always be my favourites for the screen.