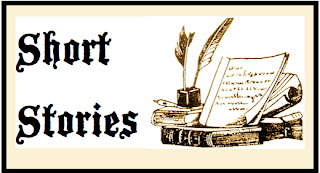 I just read a short story that I think was sabotaged by too many characters, too many separate scenes, too much complexity. The writing was good though so I waded through. But the ending didn't turn it around. The story was more like a blueprint for an eventual novel than a short story to me.

When I studied writing, the professor said that he felt three or four characters was the most there should be in a short story. He also felt it should play out in as few scenes as possible. I seem to have taken that to heart because most of my stories are sparsely populated. "Scrapping", for instance, in an issue of PANK, has three characters and basically three scenes. "Mermaids" in OFF THE RECORD: AT THE MOVIES has five characters but only two scenes. "How to Launder a Shirt" is basically a monologue about three people.. "Undetectable" in PULP INK 2 has four characters but only three really figure in. In other words, in a short story, I don't think you have time to develop many characters and it confuses the reader to try and keep track of too many.

What do you think? I know in the right hands a short story could work with a dozen characters but in average hands, how many is too many characters, settings, scenes?

Perhaps I am under-populating my stories and I shouldn't have listened to that guy.

And here is another question. In a short story, how specific do you like a locale to be? Would you rather have a writer say. 'he's moving up north." Or pinpoint it in a state, "he's moving up to Ipswich."

No, I agree with you. "How to Launder a Shirt" was perfect as it was. As you know I've read over 600 stories so far this year and while some of it does depend on length - yours are mostly relatively short - I thought short and sweet often works best.

What are a few of your favorites from this year, Jeff? I was just looking through my list to decide that.

I'm assuming when you say "characters" you don;t include the occasional spear carrier many stories need to have at some point. Defining a "character" as someone who plays a role in the story that cannot be left out without substantial changes to the story, it seems to me--no expert--a story should have only as many characters as its length allows to be developed. Short stories with too many characters are prone to the problems of what John McNally refers to as a "population explosion," with too many characters introduced too quickly for the reader to be able to differentiate between them. a novel can spread these out, so each can make his or her own impression. Short stories lack the time.

Exactly. You need some background characters in most stories. The kids that are mentioned but never seen. The mother in Ohio. The boys in the billiard hall. But if they are more than mentioned they do need enough development to make them worth naming and describing.

I think less is more in short stories. But, whatever works...

I'd agree with your teacher, no more than 3 or 4 characters. 2 or 3 is probably ideal for a short story.

I think there are basically two kinds of short stories. The first is the novel in miniature, with a clear beginning, middle, and end, and generally more scenes and characters. The other is really just a vignette, something that is more self-contained, more like a one-act play.

I tend to be drawn to the mini-novel, stories of about 5000 words that are fully developed. I think plot is more important in these, whereas in the vignette, tone or atmosphere is more important.

2-3 characters is optimal, I think. Four at most. Every time one of my stories goes off the rails, it may do so primarily for other reasons but you can bet that too many characters is part of the mix.

Alice Munro tends to write the mini-novels, I think. I can picture almost all of her stories drawn out into a novel. The plots are far more impressive than the prose IMHO.
The best ones for me in general are a moment or two in time. An hour or a minute in someone's life.

If Graham Greene did it, it's okay with me.

Patti - Interesting question about the number of characters. I actually agree with you and your prof. that just a few is all you really need. More than that and it can get fragmented. And as for setting? I like specifics when they matter for the story. In short stories, each word counts.

I think Graham nailed it. 5K strikes me as the threshhold of the mini-novel.

I try to keep the main characters to 3, maybe 5 tops. Good guy, friend or two, bad guy. Or vice versa. Sometimes you only need one or two (technically there are always two, unless the conflict is vs. self) but the interplay between characters is often the story.
I have written mini novels lately. 7.5k-10k word stories. Even those had 5 characters. The 10k had nine-four good, five bad. Almost like the Supreme Court.
I don't mind a lot of characters if they get used. If every character has a spouse and kids and they sit there like luggage it sticks out, to me.

I remember in an undergrad class I was told a short story means a short frame of time: hours not days, day not week, week not month, month not years. It should have a finite number of characters and that number should be few. We read a lot of Poe and Hemingway; she hated Fitzgerald.
Now, as a writer, I struggle at times. One publisher wants essentially a book in 10k-15k words. I feel like I've perfected the long short or the short long.

Alice Munro gets away with a novel in a story. But few other writers pull it off.
I can't keep track of too many characters myself. As a reader or a writer.