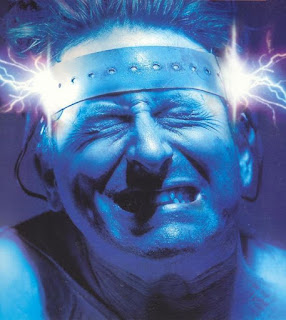 As my father aged, he began to give donations to anyone who asked. Not big amounts, mostly five dollars.

Today I made a donation to Wikipedia. Someone I live with said that was crazy. Wikimedia might not even be Wikipedia.

You vote.(and by the way, I told them I would alert people to their cash flow problems)
Posted by pattinase (abbott) at 6:43 PM

Not crazy. I give handouts on the street to people who probably spend the money on drugs. I don't care. Maybe I'm crazy.

Not crazy. Donating money always involves a level of risk and trust. I don't think that makes you crazy, it makes you kind.

I worked as an accountant for a religious non-profit (temp job) for a while. Seeing how the money was spent turned me into a distrusting (maybe unkind) person. I now mostly donate clothes, food, etc.

My sense of guilt overwhelms good sense I am afraid.

I budget some money each month for what i call 'good deeds." I have some favorite charities that get money every year, but about half of the monthly contributions go to things that catch my eye as good causes at the time. Some may not be such good ideas; I don't know. The way I look at it, the money was spent when I placed a line in my budget for it. I hope for the best and try not to let doubts stain the impulse.2 ightkEur

WIKIPEDIA is clearly the begging party, and they do (we do) pretty good work (though I've made no money from W).

I donate somewhat impulsively...I do tend to give folks things I want them to have along with things they ask for...

Panhandlers on the highway (lots of folks on the entrance to and exit from the Ben Franklin Bridge) get nothing from me, because they are on the [redacted] highway. In pedestrian areas, odds are a lot better for them from me.

I'll be applying to my office to match my Doctors W/o Borders this year, perhaps some others. I suspect they won't match my Occupy Sandy donation.

We give away stuff like books (including educational), clothes, utensils and kitchenware, bags and accessories, and other sundry items as soon as we realise that we no longer need them. I don't give cash to little street urchins, instead I buy them something to eat. The money goes to their parents who probably spend it on booze and tobacco and maybe drugs too.

I try to give where it will make the most sense and do the most good. I give mostly to my church and its related national charitable arm (UMCOR--a Methodist relief organization). My children donate to Smile Train which provides low-cost surgery for children with facial deformities. My husband is the impulse giver--I'm sure any number of Big Easy panhandlers know he's a soft touch.

BTW, I don't think your donation is crazy.

Patti - My vote's 'not crazy,' too. We each have particular things that are important to us, and when there's a need there, donating is what one does.

Definitely NOT crazy. I agree with Todd, I never give to people standing at the off ramps of highways, especially since I know most of them regard it as their job and are there every day. In fact, I've seen the "shift change" several times.

Also do not give to those people on the streets of New York with the big jars "for the homeless" as they have been exposed as fakes and are supposed to be removed from the street.


I have given to people I thought might be scammers but if they were lying, that's on them to live with themselves.

We do give to recognized charities and give away a lot of clothes (some brand new with the tags still on) and books.

You know I give plenty to causes. I've given to Wikimedia a few times, but at this point they should kickstart, create a pledge drive or something. It seems like they do this very often and it's true, they are so valued (despite not being a replacement for vetted references) that they require steady funding.

My husband has no problem with contributing to the usual places. He is just leery of other sources.