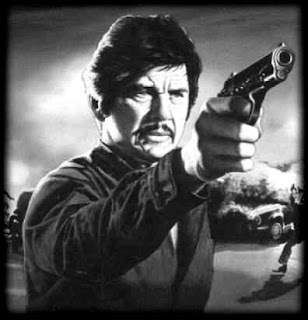 Here's a writerly question for a Saturday.

Do you sometimes have trouble judging how bad your bad guys can be and still feel real? In a similar vein, if you want your victims to earn their death on some level, do you wonder how annoying/narcissistic/piggish they should be.
In a story I'm working on now, I wanted two kids to kill someone. Try as I might, they just weren't the type to do this. Maybe it's because I don't understand child killers.
So I had to change the story to make them unwilling accomplices to a killer. I'm not sure if it's going to work even with that change.
In another recent story, I didn't want the reader to feel sorry for the vics at the end. It was difficult to get just the right amount of despicability into the tale without it overtaking it completely. What do you wrestle with? Do you feel your story has to psychologically informed or do you let the action carry it?
Posted by pattinase (abbott) at 9:17 AM

The key to writing bad guys is to keep in mind that they think they're the hero. In the mind of the bad guy, it's he who's trying to set things right by gettng revenge, getting himself what he thinks he deserves, whatever.

As for victims "earning their death"--well, try going back to those Greeks and their tragic flaws. The tragic flaw, if I recall my high school literature class, is something that would in other situations be a virtue. Love of family, for example. But in the context of the story it becomes the engine of destruction.

In this particular story, they are all bad guys to varying degrees. I think that's where I found it difficult. I like the observation about what could be innocuous in most circumstances becoming the "engine of destruction."

But why are they bad guys, and why do they think they're good guys? (They don't have to be right, remember).

They can be as bad as you can possibly make them--as along as they're also human beings. They can be stone-cold psychopaths but they still need to be human. Even psychopaths can have dreams + desires, and they can screw things up and make their situation harder for themselves. The mistake's made when people make their bad guys into cartoon characters--and even worse, when they're virtually invincible cartoon characters--like some sort of Mike Myers/Halloween character.

Ed Gorman has a nifty book from a few years back called Night Kills that shows how to have a truly detestable villian, but with very human flaws.

Bad guys need to be the personification of evil. Don't bother with explaining how they became evil. Just write them as evil beings who need to die. Then when the hero kills them, we all cheer. See any Indiana Jones movie.

This is a good question. I think the key is what you're trying to do with the story.

As Chuck says, if you're making an Indian Jones or something like that, then the bad guy is just bad - that serves the story fine. As others have said, they don't like that cartoonish approach. Either works, depending on the story.

In some ways this is the whole literature/genre argument right here.

I know for me the bad guys are full of a sense of entitlement and are masters of the justification - they sell drugs the same way guys once sold alcohol, they kill to keep their business going the same way their government kills for oil. They see everyone else as hypocritical and themselves as the only honest ones.

But with something like a child killer you're entering the whole insanity, sociopath area and then the question of "bad guy," is a lot more muddled. Could make for a great story, though.

Have you read, "We Need to Talk About Kevin."

Okay-in this particular story one set of bad guys functions as little more than a killing machine--as Chuck says more or less, but the other two seem like everyday guys in most ways and only as the story unfold is it clear why they deserve their fate--or at least something along that line. The trick is to walk the line that makes you accept their death without seeing them as victims---or at least not quite.
I haven't read We Need to Talk About Kevin but I've been meaning to. Thanks for reminding me, John.
Can't wait to see the final Hardluck Stories issue although I will miss it.

Do you sometimes have trouble judging how bad your bad guys can be and still feel real?

Work criminal investigations, Patti and you'll say, I can't possibly write that because no one will believe stuff that bad happens in real life.

In a similar vein, if you want your victims to earn their death on some level, do you wonder how annoying/narcissistic/piggish they should be.

The night JAWS was first released and we all went to see it, and my Pops taught me one of the most valuable lessons as a writer I ever learned.

In the car, driving home after the movie was going on and on about when the shark kills Quint.

Pops said, He deserved to die.

This wasn't a moral judgement - he was speaking striclty from a mythic story telling POV.

I'm in the back seat thinking what a dynamic and entertaining character Quint was. I didn't get why he derserved to die and said so.

Using the rear view mirror, Pops shoots me "the look" and says "Because Quint smashed the radio."

I still didn't get it.

Pops explains: They were all in danger from the shark, Scheider knew it so he goes to use the radio to call for help. Quint deliberately destroys the radio, and any chance he has of saving the life of the men on his boat but his own life as well. Fucking stupid. That's why he deseserved to die."

As I learn more and more about victimolgy, I see how more often than not, the victim is the instrument of their own doom.

Josephine-I love that story about Jaws. I think that story should be a story, in fact. And my son, a prosecutor, tells me the same thing. You can never imagine how evil, stupid and callous most murderers are. They will try to pin a murder on their kid rather than do time themselves. Oh, there I go. problem solved. Thanks. Maybe the talking cure works for more than psychoanalysis.