I watched THE STATION AGENT again yesterday as I ironed my way into oblivion. And, I thought, I must have posted about that one before. And here is is from 2013. I swear Peter Drinkage doesn't look a day older. 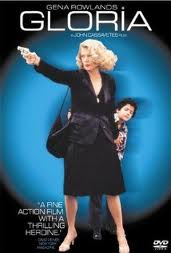 1994 Shallow Graves-directed by Danny Boyle, Kerry Fox, Christopher Eccleston, Ian McGregor, three roommates need a fourth and don't bargain for what they get.

1981-Cutter's Way-directed by Ivan Passer-great novel and movie. Jeff Bridges and John Heard. Bridges witnesses a murder and goes after the killer.

1996 Day Trippers-directed by Greg Mottola -A family takes a road trip into the city when a rogue love letter falls into a wife's hands.

2009 Cairo Time. directed by Ruba Madda Patricial Clarkson plays a woman alone in Cairo who has a whirlwind romance.

2007 Lars and the Real Girl-Directed by Craug Gillespie. Ryan Gosling. A young man cannot be dissuaded from his love for a blowup doll.

Didn't they recently redo GLORIA? That makes no sense to me.

I must admit this is not a list I'd pick, for the most part. I did like THE DAYTRIPPERS. CUTTER'S WAY was based on the Newton Thornburg book CUTTER AND BONE (an alternate title for the film), which I read in 1977. John Heard hasn't aged well. I guess I wasn't in the mood for CAIRO TIME as we found it not as good as expected. And I've never been a Robert Altman fan, with occasional exceptions.

Not so recently, the Sharon Stone dumbed-down remake of GLORIA.

I tend to go into a "fugue state" when I iron too. Unless it's something complicated with lots of pleats and darts, you can usually let your mind roam. I generally listen to music while I iron.

I've only seem a couple of these, Patti. I loved CAIRO TIME but not so much THE STATION AGENT which I found a bit boring. I've been thinking I would maybe like to see it again one of these days.

I saw Cutter's Way and Hard Eight and liked both of them. I think I saw Shallow Grave but it was too dark for me.

Not seen Lars or Cairo Time. liked all the others except Gloria which features probably the worst performance ever by a child actor.

I like all of Robert Altman's films. THREE WOMEN is special.

From this list I think LARS AND THE BIG GIRL is the most original and surprising. I've talked about endlessly to friends who think I'm a very strange person for loving it so much. I can't stand SHALLOW GRAVE. Very much in Tarantino's "Violent death can be funny!" style of filmmaking that I loathe.