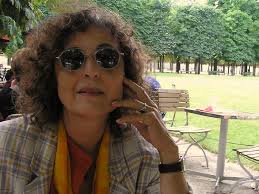 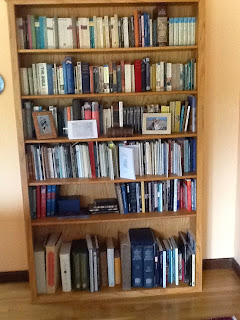 What book is on your nightstand?

A Lady Cyclist's Guide to Kashgar

Who is your favorite novelist?

What book might we be surprised to find on your bookshelves?

Who is your favorite fiction character?

What book do you return most often to?

Jane Austen's novels--all of them, alas, so few.

Anca Vlasopolos has published a detective novel, a memoir, various short stories, over 200 poems, the poetry collections Penguins in a Warming World and Walking Toward Solstice, and the non-fiction novel The New Bedford Samurai.
She was born in 1948 in Bucharest, Rumania. Her father, a political prisoner of the Communist regime in Rumania, died when Anca was eight. After a sojourn in Paris and Brussels, at fourteen she immigrated to the United States with her mother, a prominent Rumanian intellectual and a survivor of Auschwitz. Anca is Professor Emerita of Wayne State University, Detroit, Michigan, where she taught English and Comparative Literature for 39 years. She is married to Anthony Ambrogio, a writer and editor. They have two grown daughters, who are making their own way in the world. You can read one’s blog, about beasts in a populous city.

And my blog tour continues at Elizabeth Spann Craig's blog. WORKING MY WAY TO A NOVEL
And at WOMEN OF MYSTERY where I talk about a sense of place.
Posted by pattinase (abbott) at 7:30 AM