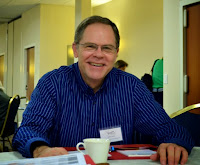 THE BLACK DAHLIA by James Ellroy is in my Nook. Somehow, this is the first Ellroy I've ever read. I'm also in the middle of SEVEN FOR A SECRET by Lyndsay Faye. Her grasp of 19th-century New York is amazing.

Tough one. At different times in my life I would have said Saul Bellow, John Irving, Raymond Chandler, Ruth Rendell. I think at some point I gave up the idea of having a favorite.

ROME IN THE DARK AGES, by Peter Llewellyn. More than thirty years ago I went through a period of fascination with medieval history, and especially with an obscure figure from tenth-century Rome, a woman named Marozia. The historical record on her is very sparse, leaving a lot of room for a novelist's imagination to work. I made a very inept start on a novel about her.

Then, in the summer 2000, suddenly single and in need of some changes in my life, I signed up for a fiction writing class at the Union County College in Cranford NJ. I planned to try again with Marozia, but a short story about a prostitute named Diana sent me on a detour that has lasted fifteen years so far.

I have written one short story about Marozia, which appears in the anthology HISTORICAL LOVECRAFT, from Innsmouth Free Press. I still plan to return to the novel someday.

It will surprise no one who has read any of my fiction that I have a thing for tough chicks, and Liza Cody's Anna Lee is the real thing. True toughness lies in courage, endurance and tenacity, and she has them all.

Two companion volumes by Evan S. Connell: A LONG DESIRE and THE WHITE LANTERN. Both are collections of historical essays with no theme that I can discern, other than the author's interest in the subjects. Fortunately, Connell is a very good guide to what is fascinating in the past.

BIO: Albert Tucher is the creator of prostitute Diana Andrews, who has appeared in sixty hardboiled short stories in such venues as THUGLIT, SHOTGUN HONEY, and THE BEST AMERICAN MYSTERY STORIES 2010. Her first longer case, the novella THE SAME MISTAKE TWICE, was published by Untreed Reads in 2013. Also in 2013 Albert Tucher made his debut in ELLERY QUEEN MYSTERY MAGAZINE with a stand-alone story called HANGMAN'S BREAK. He has worked at the Newark Public Library since 1986.

From Patti-I am over at George's today talking about my bookshelf.

Oh, this is great! Thanks for continuing this feature, Patti. I like the book choices, too!

I agree with Margot! It's always fun to see what other smart people are reading. I'll be sending you my BOOKSHELF choices later today. And, a cool photo!

All your bookshelf visitors seem to be reading stuff that's good for them and classic stuff. I wish I were so disciplined.

This reminded me that I need to read Liza Cody's books. I have been meaning to for years and years.

Somehow she fell off my radar too.

Liza Cody has two series characters--Anna Lee and Eva Wylie, who is one of the most unconventional amateur detectives in crime fiction. She grew up as a feral street child in London. Now she works as a junkyard security guard and moonlights as a professional wrestler. Her first-person narrative voice is fascinating.