Is Daphne DuMaurier A Lesser Writer Than ??? 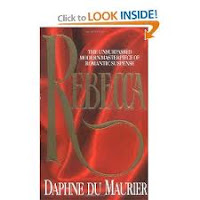 In an article in the Guardian, Daphne Du Maurier is compared unfavorably to Anthony Powell, Evelyn Waugh and other writers. Her writing is called flabby, overwrought. She is judged to be  a near equivalent to Barbara Cartland (no insult intended--I have never read Ms. Cartland).

Now when was the last time you heard anyone say they were reading Powell, I ask you. If a book continues to draw in readers 75 years later, can the writing really be sub-par?Mustn't it have some qualities that are to be admired? Some enduring positive traits?

REBECCA and MY COUSIN RACHEL astounded me once again when I read them a few years back. They have a power, a pull,  that many other novels of that era did not. Some of DuMaurier short stories are brilliant too. (Don't Look Now, The Birds).

This becomes a tiresome argument, but what other writers have been consigned to second ratedom and continue to be read rather than just talked about in articles like this one?

Who deserves more respect than they get?

Du Maurier has unfortunately been consigned to the "romance writer" category (not that there's anything wrong with romance novels, I enjoy reading a good "bodice-ripper" now and then), but she is certainly NOT a romance writer. There are gothic elements in some of her books, but very little in the way of true romance. However, some critics like to pin the dismissive label "romance writer" on any (particularly, female) author whose work they don't want to have to take time to evaluate on its true merits.

I think du Maurier's greatest achievement is the rarely-read THE PARASITES (which, I believe, was the first book I wrote about for FFB)--a story narrated by three half/step-siblings; just the narrative structure alone is very complex--I defy one of those critics to really read the book for its technical expertise as well as its plot and accuse DDM of being "flabby."

Anyway, take heart: This is the reason you started Friday's Forgotten Books--to bring forgotten, overlooked, or critically-maligned novels back for a second look.

Patti, I have never read Daphne Du Maurier but you're right her name and books keep cropping up in all kinds of places. I have been meaning to read REBECCA for a long time. Thanks for reminding me.

Who deserves more respect than they get? I was thinking Pearl S. Buck — read a couple of her books a long time. Does anyone remember her today?

Good point, Patti - the proof if you will of Du Maurier's talent is in the fact that she is still read eagerly. And I couldn't agree more with Deb. Friday's Forgotten Books is a terrific feature for just this kind of reason.

Hunting that down right now, Deb.
Pearl Buck just fell off that face of the earth with a lot of other mid-20 century writers, Prashant. She had a house near where I grew up so you hear about her in Pennsylvania.
Thanks, Margot.

What do readers know? :)

Story and character get short shrift these days. It seems unless you are a prose stylist, some just aren't interested.

Not sure who deserves more respect than they get but I'm thinking about it now.

The feat that Daphne duMaurier has pulled off is to remain in print and get read without being taught.

After a writer is dead the only thing she can do is stay in print. The moderns who are taught to undergrads have a big advantage there but duMaurier has done it without much professional help. And a Hitchcock movie, though helpful, is no guarantee of staying in print.

So she might be written off by critics but she has an audience. Could FINNIGAN'S WAKE do that without thousands of PhD. candidates?

Interesting notion. That graduate programs decide who will endure as an author. Exit Steinbeck, Lewis, Anderson, O'Hara but Cather and some other seldom read outside of the academy remain.
Who else deserves a better reputation today? I'd say Steinbeck.

The two other Johns: Marquand and O'Hara. Taken together, their work limbs the mid-20th century WASP and second/third generation (predominantly Catholic) experience and yet neither is read much anymore.

Pretty sure I read every book both wrote. Was I wasting my time with such light weights? No one thought so then.

I haven't read her work but there's a different time frame with these writers too, and different cultural expectations.

Well, since you asked...I've read Powell, though not lately. I read his 12 volume Dance to the Music of Time back-to-back-to-back over a three week period in 1975, with the final volume the following year. Du Maurier has never appealed to me, though the one Deb mentions sounds good.

Yes to O'Hara, especially the shorts. I've read about 300 of them, all I could find.

I'm with Jeff on John O'Hara's work. The Library of America seems to be correcting the literary history of America by issuing volumes of genre writers like H. P. Lovecraft, Philip K. Dick, and noir writers.

I'd say Steinbeck, too! Also Jack London. Okay, some of the short stories are just okay, and The Sea Wolf is a seriously weird novel, but White Fang especially is not just a fun book but a really brilliant realization of non-human animals' perceptions and perspectives.

Writers tend to fall in and out of literary favor. Kipling seems to have been in, then out, then in, then out, and who knows where he stands now. Didn't someone once say the world is divided into two types of people: those who like Kipling and those who have never kippled?

Sad to admit, I have never read London.
In the sixties and seventies, we assumed Bellow was a keeper. What has happened to him?

I also have read Anthony Powell's excellent 12 volume series, DANCE TO THE MUSIC OF TIME. It's really one long novel in 12 parts that captures the essence of the pre and post World War II generation. Now I'm thinking I have to reread it again before checking out.

I like Evelyn Waugh alot also. I can't see how DuMaurier can be compared to them.

Walker, after reading the Powell series I bought the paperback reprints (in four volumes of three books each) to have it available for rereading someday.

The day hasn't come yet, but I have the books on hand when it does.

Another multi-volume series if books that is worth reading is C.P. Snow's Strangers and Brothers which follows a man's life from the early years of the 20th century up through the 1960s. And, of course, Galsworthy's The Forsythe Saga.

A good topic for some day. the best multi-volume series. Keep it in mind.
I like Waugh but he is so acerbic and misanthropic. I read A QUESTION OF UPBRINGING but I don't know why I left it at that.

I have several Du Maurier novels on the shelf: Frenchman’s Creek, Jamaica Inn, My Cousin Rachel, Rebecca and The King’s General. I have read only Rebecca, as well as having watched two different film versions of it. The others remain for future reading.

Authors who have slipped away from notice? Steinbeck is one, I think, as well as Anthony Durrell, James Fenimore Cooper, Evelyn Waugh.

They are kidding, right?

Hi Jeff--When you decide to reread DANCE TO THE MUSIC OF TIME, I recommend a great guide which will help keep the characters and plot lines fresh in your mind. It's a 330 page book by Hilary Spurling called INVITATION TO THE DANCE.

I also enjoyed the British TV mini-series based on the 12 books, even though it had to leave alot out.

Look at a good writer such as Du Maurier and a lesser writer such as Evan Hunter and "The Birds" v. THE BIRDS (with a heavy contribution from Hitchcock on the script level) serves as an object lesson.

Nearly every writer we do for FFB deserves more attention.

Yes. I am thinking of Ray Bradbury next for a single author day.