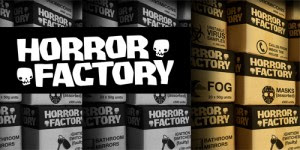 From the people behind CRIME FACTORY, comes HORROR FACTORY just in time for Halloween (or practically). Now available on KINDLE with a POD to follow.

Clive Barker’s Harry D’Amour and the occult gumshoe phenomenon gets dissected by Ryan K. Lindsay; the life, death and career of the Maniac Joe Spinell is exhumed by Addam Duke; 10,000 pages of Japanese horror comics king Kazuo Umezu is injected into your brain by Cameron Ashley, and the Nerd of Noir, Peter Dragovich, plans your evening viewing.

This is my first story about an imp.
Posted by pattinase (abbott) at 11:58 PM

Well, may it only be the beginning of your impishness.

An interesting mix there, to be sure (it'll take a pretty fresh angle to get me interested in Spinell, but I'm always ready for more Landsdale...).

Patti - Oh, this looks intriguing! Now, off to read your story.