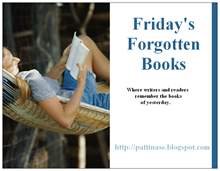 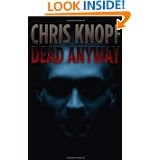 Thanks for including my post, Patti. Dead Anyway sounds like a good read - glad you enjoyed it.

The week got away from me, Patti. I'm still working on the post but maybe I'll just leave it for next Friday. Thanks for your patience with this lazy old lady. :)

It always amazes me how often you do it.

You don't want to go forward with the First Book by a New For You Writer challenge for next week? This might be an impractical if poetic (new year/new writer) timing, but do you feel like going forward with it later in January?

Not that the new-to-me-writer books I have at hand can't be simply done without the challenge...

Since I never really talked about it at all, I figured no one will have done it. Including me. But am happy to have one if you did. I have a few books set aside but my reading has been abysmal. I just keep doing edits on my own work right now.

Thanks, Steve. Looking forward to meeting up again.