"The siren on the top of the Dalton, North Dakota, fire station howls, as it does five days a week at this hour. Its wail frightens into flight the starlings that roost on the station roof every day yet never learn how fixed and foreseeable are human lives. The siren tells the town's working citizens and students what they already know. It's twelve o'clock, time for you to fly too. Put down your hammer, your pencil; close your books, cover your typewriter. Go home. Your wives and mothers are opening cans of soup and slicing bread and last night's roast beef for sandwiches. Come back in an hour, ready to put your shoulder to it, to add the figures, parse the sentences, calm the patients, please the customer."

Whose prose do you admire? 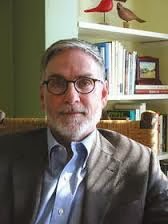 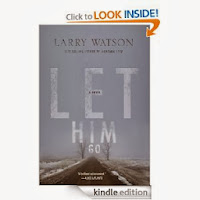 Sometimes it depends on my mood, Patti. But in very different ways, I think both James Lee Burke and Håkan Nesser do prose very well. Oh, and so does Fred Vargas.

Hàve only read Burke but he is a master. Hearing it read on audio by Will Patton makes it melodic.

Sorry--but I think Burke's prose is over-written and very "purple." I guess it's all a matter of perspective: One woman's purple prose is another woman's beautiful prose. I just don't like a writing style that seems to call attention to how "writerly" it is. On the other hand, I love Henry James, Thomas Hardy, and William Faulkner--and I can easily see how arguments could be made that each if them is guilty of an over-written prose style.

I'm with Deb on Henry James. Beautiful sentences! Anthony Trollope's style isn't flashy, but it's marvelously versatile. Raymond Chandler is the master of Style in the Private Eye genre.

I'm with Deb on Burke. One was enough for me. I don't like "look at me" writing either.

I'm a big fan of Burke myself. Cormac McCarthy writes nice prose. Peter Matthiessen in the Snow Leopard has the most beautiful prose ever.

Rule of thumb: What oft was thought but ne'er so well expressed.

I read Russell Hoban's novels thirty years ago, and I remember thinking he was a master. I'm almost afraid to go back, because that sometimes leads to disillusionment.

Never been a fan of Burke's work. Tried several novels, never made it through one.

Just not for me.

Margot is praising the English translators of Nesser and Vargas. I doubt she's reading the original Swedish and French. Translators always get overlooked in foreign editions.

I know the translator of Vargas is Sian Reynolds who does a fine job of retaining the French flavor of the books. She also has to translate French Alexandrine verse. That requires both creativity and ingenuity in order to preserve both rhyme and meter since Alexadrines are 12 syllables in each line. Reynolds is quite a marvel at translating those books.

Call me old fashioned but I have always admired the nearly perfect prose of Ernest Hemingway. You may not care for the stories or the characters, but you have to admire the craftsmanship of the sentences.

In a quite different direction, I also admire the short stories of James Joyce. Has anyone written more perfectly crafted short stories?

As for another, I could never get enough of Colin Dexter's novels and stories. Whatever you may think of the Morse stories, Dexter was a master craftsman.

Loved Colin Dexter. And I guess the prose is the best thing about Hemingway for me. He changed the game and although I would not like to see prose like his in every book, it works well in his novels and stories.
Dunning is very good. Have not read one of his in a while but I loved the Janeway novels. Dexter went down very well, didn't he?

I think I've read everything Colin Dexter ever published. As for Henry James, only in relatively small doses, though I like his non fiction writing.

Confession from an English teacher: I cannot stand Henry James.

This, I think, makes me a heretic in my profession.

Postscript: My favorite writer--a master of prose with a special "flavor"--(drum roll, please)--Flannery O'Connor. Has any other writer ever written so effectively about faith and the American south!

I cannot recall a one that has stuck out. I had a classmate who praised Pat Conroy's prose.

Sadly I have only read three books by James and they are the three shortest probably: WHAT MAISIE KNEW, TURN OF THE SCREW and DAISY MILLER. Have tried others but been defeated by their length and in some cases, inacessability.
Flannery O'Connor is a master.

From Anca Vlasopolos- a literature professor and poet.

I don't know how to post to your blog, but my favorite remains Virginia Woolf, whose sentences still make me catch my breath. And for sly humor Jane Austen. Reading them is like eating great truffles, and there's no weight gain:).

My father once mentioned how the thought Doctorow's BILLY BATHGATE had some almost poetic passages.

Since my father said so I automatically give it credence.

Yes, that was my favorite Doctorow book. Should revisit it.

Didion and Proulx are lovely writers. I am sure GS is too but I have never been able to get him. Too post modern for me, perhaps.
Not sure why.

I second Joan Didion. Martin Amis does some things with language that make me swoon.

I agree with George on Anthony Trollope. Then there's Salman Rushdie. George Bernard Shaw too. I also like Rudyard Kipling's prose. And Jawaharlal Nehru.

Whenever I ask questions like this I realize how many writers I have yet to read!

I haven't read him, much to my shame.

Larry Watson, an acquaintance, writes some of the finest narrative fiction of our times.

The modern fiction writing orthodoxy of "show, don't tell," has largely destroyed the beauty of English-language fiction in our times. Back when a novelist could still employ narrative to describe events, rather than depict them, there was far more understated beauty in our fiction.

Conrad Richter's The Sea of Grass is such a novel, lyrical and textured and rich, and largely narrative.

Lawrence Durrell is a master. I'll add another vote for Hemingway.