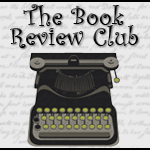 This is a well-written review of the author's life-which corresponds fairly well with mine in terms of general themes. But Anna Quindlen's book LOTS OF CANDLES, PLENTY OF CAKE seemed too much like a series of columns or essays strung together to be very enjoyable to me. And it also seemed like a book that could have been written by almost any college educated woman of our generation. Her observations, although true, were mostly trite and repeated all too often. Well-written, pleasant, yet but all too familiar.

What I had hoped to read was an insightful book on being a writer and/or on growing old. Not a fairly standard one on being a baby boom generation woman. So perhaps it is my fault for looking for a book she did not promise.

I also began to resent how determined she was to put a good face on everything--as if her readers would steer away from any really deep look at the problems of aging in the 21st century.

I have enjoyed several of Quindlen's novels but this book seemed specifically designed to appeal to please. Should the story of one's life be about that?

For more reviews, see Barrie Summy.
Posted by pattinase (abbott) at 9:22 AM

Oh, dear me. How disappointing. I will say that I loved her novel Black and Blue. I read it with a knot in my stomach. There was that much tension. She has a new novel coming out in Jan. (Still Live with Bread Crumbs). I wonder how that will be?

Good for you for being honest. I'm getting too many books that are not great. For those publishing, they should be great.

Thanks for this honest review. A friend of mine has recommended Quindlen's books, but I haven't read any yet, so I was hoping this one would sound appealing. Any suggestions for a good one she's written?

I've downloaded some free books on my Kindle in the last year, most of which were awful. I've got better things to do than waste my time reading bad writing or trite stories:)