What Do You Think?

I recently finished a story that is mostly about a female thief. She is a lesbian. There is nothing graphic though although she has a relationship.

I have sent it two places and both editors admired the story but pointed me to publishers of gay stories. Or erotica. Can't a story have a gay character and yet be published in a mainstream outlet? I can easily imagine a publisher of gay-themed stories saying this is mostly about crime. Which it is.

What do you think, writers? Where would you send it? 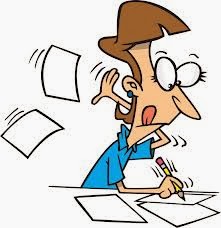 That's a real surprise with a number of gay themed novels on the lists of many mainstream publishers.

I think a novel may be different from a story. I think the expectations fom themes in a story might be more narrow. It is either this or that. A story with a gay character or a story about a thief.

Have you tried The Big Click? They're currently open to this type of story.

And like Ed, I'm surprised that you're being pointed towards gay markets.

I'm not a writer but I agree with you and Ed. I don't understand that reaction at all in this day and age.

I don't get it either. Not a writer myself of course, but what i require is a good story. Matters not any orientation or inclination of a character.

Beats me. You didn't send it to Fleming H. Revelle, did you?

I sold an SF tale years ago with gay characters. It was a mag looking specifically to publish gay or lesbian characters in standard genre type tales. They have long since folded, though.

That is really upsetting, and shame on those editors for sending you off in that direction. Annie Proulx's story "Brokeback Mountain" is a gut wrenching tale, regardless of the sexual orientations of the characters. The same with the movie, which also faced some uphill BS because of the characters. It's all so stupid.

I agree with Chris -- it's stupid. This pisses me off frankly. It's a narrow minded and backward approach to publishing in the 21st century.

Patti--this is Exactly the kind of thing that happens when one pretends there are Genre Rules to pay attention to. In short, blindered nonsense. Nothing escapes genre, and little escapes multiple genres. They presumably are telling you where to find a sure sale. What they are doing is, unless they dislike the story for other reasons, disimproving their magazine or other similar project out of stupidity.