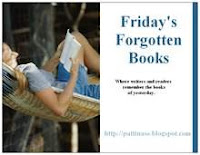 
THE VIRGIN IN THE ICE: THE SIXTH CHRONICLE OF BROTHER CADFAEL by Ellis Peters

I have always loved historical novels. I’ve been a voracious reader since childhood, and would read anything I could get my hands on, but I would always choose a historical novel above any other genre. For me, a historical novel is like a cheap vacation. I love to go to a place and a time and live there for a while.
I discovered English author and scholar Edith Pargeter when I was in my twenties, and she quickly became one of my favorite historical novelists. The day came, of course, when I had read every historical novel of hers that I could find here in this country. Though I’m always happy to reread a good book, I did find myself hungry for any new historical dish by Pargeter. It didn’t take much research on my part to find out that under the pseudonym Ellis Peters, Edith Pargeter had created a fabulous series of historical mysteries featuring a Benedictine monk by the name of Brother Cadfael. The Brother Cadfael mysteries are set in Twelfth Century Shrewsbury, close by the Welsh border, during the long war between King Stephen and the Empress Maud for the English throne. Cadfael may be an elderly monk, but that doesn’t mean he’s innocent of the ways of the world. He gained all the skills necessary to untangle the knottiest mystery during his young manhood and middle age, when he served as a soldier and a sailor in the Crusades. There is little of human nature he hasn’t seen. And since he is also an accomplished herbalist, growing and mixing medicines for the Abbey, he is an expert on the properties of plants and poisons.
Each of the Cadfael novels is a fascinating read, but one of my favorites is the sixth, The Virgin in the Ice. This book stands out not just for its intriguing puzzle and indelible evocation of the Medieval English world, but because the reader learns much about Cadfael’s former life, and how the past has touched the present.
Two noble young people, seventeen-year-old Ermina and thirteen year old Yves, go missing, along with their companion and guardian, Sister Hilaria, following an attack on the city of Worchester by the Empress’ troops. The children’s uncle, newly returned from the Holy Land to serve as an officer in the Empress’ army, asks if he can be allowed to search for them in enemy territory, but the local Sheriff refuses permission.
Brother Cadfael is in the area, at the request of the head of the Priory of Bromfield, tending to a monk who had been seriously wounded in the fighting, and volunteers with several others to search for the children and their Benedictine nun companion. By chance, Cadfael finds the boy, Yves, sheltering from the blizzard with a forester. Yves tells him that they had been safe with a local lord during the battle, but his headstrong sister had run away with a suitor. Equally as impulsive, Yves had left Sister Hilaria at the manor and set out to find Ermina. As Cadfael and the boy are returning to Bromfield, they cross a frozen stream, where Cadfael spots the shadowy form of a woman’s body, frozen in the ice. Fearing that she is Ermina, he keeps his discovery a secret from Yves.
The next morning, Cadfael, his friend Deputy Sheriff Hugh Beringer, and a few other monks, chip out a block of ice containing the body and bring it back to Bromfield Priory, where they lay it in the chapel. As the ice thaws, Cadfael realizes that the young woman doesn’t fit the description of the missing Ermina. The mystery of the woman’s identity is solved when Yves tells Cadfael and Beringer that she is Sister Hilaria, whom he had left safe in their sanctuary. The nun had been raped and murdered, and because of some of the things he said while raving with fever, Cadfael fears that the wounded monk he is tending may have done it.
And where is Ermina? She has left her erstwhile suitor, who she has discovered is a cad, and arrives at Bromfield Priory, saved by an attractive young Syrian-born squire, who her uncle has sent incognito into the king’s territory to find the children.
What follows is a ripping tale of close calls, treachery, and narrow escapes. How seemingly unrelated events eventually weave together to create an amazing, but totally believable tale, is a testament to Peters’ skill as a story teller. She creates haunting images of winter; blizzards and wind like knives, cold stone castles, the beautiful young figure frozen in the ice beneath Cadfael’s feet. Her characters are capable of inhuman cruelty, as well as great acts of kindness and compassion, cowardice and heroism. Actions of a past long gone affect the events of the present, and change Cadfael’s life.
I had never had anything against mysteries, but neither was I a mystery addict in any sense of the word. But Ellis Peters’ Brother Cadfael mysteries rocked my reading world and inspired me to write historical mysteries of my own. Peters’ voice - the very way the books are written - evoke the times and the place with the language she uses. The character of Cadfael himself captured me. He is wise, tolerant, and world-weary, a man of his times. He has a true warmth, and by that, I don’t mean sentimentality or emotion, necessarily. I mean a deep humanity and heart that transcends even his formidable intellect. I want to spend time with him, and that is the secret of a successful fictional character. The setting, 12th Century Shrewsbury, is evoked so strongly that the reader comes away with the sense that she knows what it must have been like to live in that time and place. The Virgin in the Ice contains everything I love about historical novels, as well as a clever, thought-provoking, always surprising mystery.
Posted by pattinase (abbott) at 3:00 PM

This may be my very favorite Cadfael novel. Just great