Clint Eastwood reading (purportedly) Do you recognize the movie?
(and Sylvana Mangano in "The Witches.") 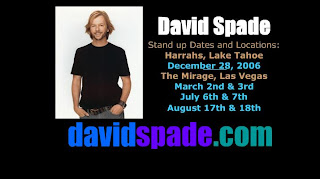 This is a plot device explored to the point of absurdity on many sitcoms. I had thought it a newer concept until I remembered "Bachelor Father" (John Forsythe) from the fifties where Uncle Bentley dated widely. And then there was Bob Cummings, a photographer who did the same in that era. Or Uncle Bill from "Family Affair." So clearly it's been with us for a long time. Dobie Gillis at least thought he was in love with every woman he dated and Thalia Menninger (Tuesday Weld) socked it to him. Is there anything new to say about it?

The uber-slimey womanizer takes things to a new level. David Spade on "Don't Shoot Me." Or the Charlie Sheen character on "Two Men and a Boy"-who'd want to crawl between his overly-washed sheets. Are we supposed to find him attractive? I always thought Joey was the weak link on "Friends" too. Barney, on "How I Met Your Mother," --really sleezy to me. Maybe it's a guy thing though.

Once in a while-someone can almost pull it off-Ted Danson on "Cheers" or all of the doctors on the early "M*A*S*H", but these are the exceptions and it still goes down a bit badly.
How about the whole cast on "Seinfeld"? Or going over to drama, how about Gary on "Thirty-Something" JR. on "Dallas." Gary eventually marries a shrew and pays dearly for not sticking with promiscuity.

I guess these characters are written for the men in the audience: wish fulfillment or something. But as a woman, I'm tired of them. The idea that philanderers are attractive or interesting seems dated. Give me the four doofuses on "The Big Bang Theory" anytime--even if the one who lives with his mother would philander given half a chance. What do you think? Is this an idea whose time has passed? Is there any show that makes it fresh?

Who's the greatest TV philanderer of all time?
Posted by pattinase (abbott) at 9:55 AM

That's easy.... Dan Fielding from Night Court, and the thing that always stuck with me about him is there is an episode where he let's slip that he's been with a lot of women but none of them have ever told him that they loved him.

Almost all the sexual not-quite-predators on routine television drama are clowns...including, to the extent that they engage in the behavior, the women (the closest to Best might be Jennifer Marlowe on WKRP IN CINCINNATI). We are perhaps meant to envy their improbable prowess, but we are also meant to find them pathetic. Says more about the writers and producers, I think, than it does about the audiences.

An interesting question: are these characters always meant to seem pathetic in the end.
Oh, Jennifer is a good one however she is a gold-digger more than a predator. Mary Tyler Moore admits to having had a thousand dates on that show but were not meant to think they were about sex, I think. Men are usually not gold-digging and usually only interested in the sex.

Most of these womanizers are pure fantasy. Can there be enough foolish women to fall for these clowns? The ultimate womanizer is James Bond who had seemingly mystical powers to seduce women.

Good question! They do all seem to be sort of patheti-sad. I'd have to agree with Dan Fielding from Night Court as my favorite for that very reason. Worst womanizer: James Bond.

Now we get into gradations. These men (Bond and Soprano) are powerful--does that make seduction easier than say for Dan Fielding?
Is there an example of an average-looking, non-powerful seducer? Or do they have to have something. Closiest I could get is early Woody Allen characters

Woody Allen characters were examples of Allen's self-pitying rage. Why don't you, attractive woman, love me in my physical ugliness and self-absorbtion?

Dan Fielding, as a prosecutor, isn't without power. Though Lee Goldberg's note the other day about Harry Orwell (David Janssen in HARRY O), who seems to have a lot of women around but doesn't seem particularly interested in bedding them, and who has zero sexual charisma, might fit your query.

I'm not sure I see much of a difference between using someone for money or using them for sex. As long as no one's getting defrauded, I suppose it's no harm, no foul, if not exactly savory.

Regarding Bond, are we talking Movies or Books? I think of many of the films as being "over the top" in terms of seduction and womanizing. It is what "sells" the movie as much as the special affects and violence. The other thing to consider when looking at the character, at least in the books: some of these encounters are directly tied into his assignment and are for "Queen and England." (I know, what a sacrifice.) Others were available women, and from Bond's perspective, if you may die the next day, why not a toss between the sheets the night before? Or is that sexist, too? After all, much of this is the result of Hefner and 60s attitudes. I'm not justifying, just trying to put it in perspective to character. Hmmm ... maybe I'm justifying; I am male.

No, I see a difference between the two. One you walk away feeling used, the other you walk away from feeling poor. I guess it depends to what degree.

I guess womanizing implies that the woman is getting duped or used. And it also implies the man is lacking something-an ability to make committment, satisfying a need to be proven attractive or powerful. With Bond, it's like another gadget or car more than a real comment on him, I think. He's not real for me.

Would Bill Clinton be considered a tv philanderer?

I say yes. And the tele-evanglists too.

But Clinton and the televangelists are apparently usually playing with groupies, who are also using their partners for sex.

Do you think the women characters who leap in bed with Bond or with Sheen's character in TWO AND A HALF MEN are actually thinking that a long-term affair is forthcoming? I find that difficult to believe, even given the improbable irresistability of both characters.

Fonzie-excellent. Jack Tripper on THREE'S COMPANY and his friend, Larry. Oscar on THE ODD COUPLE.
Yeah, the women think they get something out of it. I'm not sure what.

Prestige, if you're referring to the groupies. An extreme form of the tendency to encourage women to live through their men, and their kids.

It's defintely not a guy thing. At least to me. I find those characters irritating and obnoxious as well, although at least the David Spade character constantly failed at womanizing.

The problem is that it's usually lazy writing. These womanizers are interchangeable. You can count on an easy laugh without doing much of anything. If the writing was making a cogent comment on their behavior, saying something new, we could tolerate it. But they don't. It filler, just like the soundtracks. I used to think they were there to help the audience know when to laugh but now I think they are there to occupy space in a script.

Is that really Clint Eastwood? Seems to have changed a lot as he got older

Is THE WITCHES any good?

Seems to be some Italian movie. I've never heard of it. Le Streghe.