How I Came to Write This Story: Court Merrigan 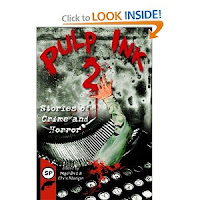 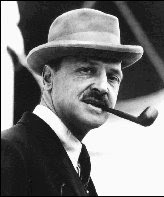 Before I left for Asia in 1998, where I would live for the next decade, I read a lot of Somerset Maugham. He's not much in vogue anymore, stuffy Mr. Maugham, and for good reason; but in his prime he wrote a shit ton of short stories romanticizing early 20th century British colonial life. Tell you the truth, I don't distinctly remember a single one. Debonair white folks in linens and pith hats drinking gin under swaying palms as the devious dark locals plotted and schemed, were recurring set pieces, if memory serves. I doubt those stories were particularly accurate even at the time, but to me, a Nebraska farm boy who'd never been outside the US before I got on that plane, they seemed fraught with exotic wonder.

The real Asia of the present day, of course, has zero in common with those hoary old stories. But reading them at such an impressionable time, they remained with me even as actual Asia made mincemeat of that old racist’s little fables.

Maugham may be a dead letter on this side of the pond, but several publishing houses in Thailand and Singapore continue in his vein, publishing tales of Western good ole boys on the loose in the dirty alleys and empty beaches of erotically exotic Southeast Asia. I've got a couple lying around somewhere; they have titles like Rough Karma and The Burmese Fixer and Bangkok Baby and inevitably, one or more of the characters finds himself, tie ajar, shirtfront stained with sweat, in a go-go bar swigging a Singha and smoking a Krong Thip cigarette.

"Glinty-Eyed Robert" is my attempt at a send-up of the whole genre. I tried to maintain a gentile, Maugham-esque air. It would never do to be uncouth, after all, even in a girly bar. The setting is real enough, I suppose, but the characters - pure caricature. The grizzled foreign correspondent, the stiff Southern wife, the sentimental professor, the cynical cabbie, the lithe and ruthless bar girl (who probably has a heart of gold, though we never get to find out): they're all there.

I strove to gift these stock characters some emotional resonance. Even cardboard cutouts need someone to love them, right? Chris & Nigel gave the thumbs up to the effort, and I couldn’t be happier that this slaphappy little pastiche made into Pulp Ink 2.

Patti - Thanks for hosting Court.

Court - I'm always so interested when writers are influenced by other writers. Thanks for sharing your story.

It's an impressive story. Really enjoy your style Court :)

'in his prime he wrote a shit ton of short stories romanticizing early 20th century British colonial life. Tell you the truth, I don't distinctly remember a single one. Debonair white folks in linens and pith hats drinking gin under swaying palms as the devious dark locals plotted and schemed, were recurring set pieces, if memory serves'

He's probably best-known for tha Ashenden stories, realistic- i.e. squalid- depictions of espionage in World War I, based on his own experiences.

Cakes and Ale and Of Human Bondage come to mind as well as Ashendon.

Oh and THE PAINTED VEIL, which made a terrific but sad movie.
THE RAZOR'S EDGE.

@Margot - thanks! Mr. Maugham made a deep impression on me, even if I am a little hazy on the details these days.

@Julia - thanks so much. You're on the level, and a fine writer yourself!

@Charles - thanks - hope you pick up a copy of Pulp Ink 2 - lots of good stuff in there besides mine.

@Anon - I remember some of that, especially the one about the missionary falling for the whore, though be damned if I can remember the specifics. I do seem to recall it all being overlaid with a heavy patina of racism, though it is some respects unfair to label a writer from his era with standards of the present day, that he wouldn't have recognized. I don't think I've read the Ashenden stories, that I can recall; but who knows, I can't recall much of Maugham, specifically, because his writing just isn't that distinctive.

@ Patti - Oh, man, I can't believe I forgot to mention The Razor's Edge. That novel was also a big influence on me at the time. I wonder how many white boys like myself got sent wandering East on account of that book ...

Great background, Court - I haven't read Maugham in years, but tempted to go back for a pry...

Thanks, Andrez! Don't know if that Maugham is worth another look or not. Be interested to hear one way or the other.

I'm very fond of Maugham. If he'd only written THE RAZOR'S EDGE, that would be enough.