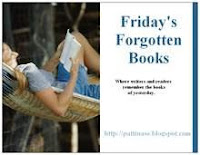 Next week will be a week off unless someone can gather links.

Rereading the books of your youth can be disappointing. The adventure novel y

ou thought was so thrilling now seems to be strictly by the numbers where the hardboiled mystery is downright silly.

For most of us there are a few exceptions, novels and stories first read at twelve or thirteen or fourteen that can be read and respeced even in adulthood. For me one of those books is The Long Loud Silence by Wilson Tucker.
I still remember the first time I saw it. Since it was first published in 1952 I estimate I saw it then or at the latest in 1953. That would have put me at twelve or thirteen. I'd just started buying science fiction magazines.

In those days we lived in a big barn of a house on the edge of town because it was inexpensive. There were a lot of cool things about the location. It was right across from the stadium for Triple AAA baseball, a deep fast creek ran through the property and forbidden train tracks ran on the hill behind us. And one afternoon a week a Bookmobile was parked in the lot of the small supermarket that had a great selection of magazines and paperbacks and comic books.
I always went immediately to the science fiction section in the Bookmobile. This was during the tine of the post war sf boom so there was a decent selection. I pulled out a copy of the Tucker book and was immediately dazzled. The supermarket paperbacks were laid out by genre. The Ballantines were my favorite because of the stunning Richard Powers covers. I knew nothing about Powers or art but I'd hold those novels and just stare at them and let them take me away to some abstract dangerous mordant dimension that nobody but Powers could define. I can't say I even understood them on any objective level but I certainly felt them. They were a hell of some kind. It was no wonder he was the perfect fit for J.G. Ballard a decade later.

The Powers hardcover cover of the Tucker novel was also perfect but I can't tell you why. It just IS.
Recommendation number two was the dedication. Today this has no resonance but in `53 it was at least "naughty" if not shocking. "For the The Toronto Science Fiction Society for the hell of it." Pretty damned cool and ballsy. This was a book I had to read.

While Silence isn't a classic in the way I Am Legend is, it shares some of the virtues of the Matheson book. First of all it is a small, focused story.
Tucker's novel opens up in an Illinois hotel room with Army Corporal Gary trying to work through not only a terrible hangover but also a memory blackout. He'd really hung one on. Little by little he comes to realize that while he was passed out his world had changed radically. The town he's in is now deserted except or a few corpses. He finds only one survivor, a nineteen year old girl who joins him in stealing a car and heading to Chicago. But Chicago has been destroyed. Not only has it been nuked bacteriological bombs were also used. Not everyone is killed by the attack; luck and an immunity to the bacteria used has spared a few people.

After the girl runs away, Gary discovers another shocker. The entire eastern third of the country has been quarantined. All bridges have been closed except one. And anyone who tries to cross it will be shot in sight by the U.S. Army.
Gary's bleak, twisting adventure begins in earnest.

Tucker was pure prairie boy so this is very much a Midwestern story and I mean every aspect, people, landscape, sights, smells, tribal rituals. It is by turns cunning, harrowing and unpredictable. And it is cooly told. There's a certain detachment in the authorial voice, Hemingway-lite if you will. I think this works well, to play against the melodrama that would appeal to most writers and readers. Here it reminds me of what Tim Lebbon did in his brilliant "White," another apocalyptic story.
It is also definitively of its time. The Atomic Age. Mutually Assured Destruction. Duck and Cover. And of course that wonderful musical comedy known as The McCarthy Hearings in which a bellering drunken Mick promised to name a large number of Commie spies in our government but somehow never got around to doing it. He just satisfied himself with smearing dozens of innocent people and thereby depriving them of the right to make a living.

An interesting footnote here. The science fiction writer Cyril M. Kornbluth wrote that Tucker’s original ending had Gary eat his woman friend but his editor talked him out of it.
As for Wilson “Bob” Tucker himself, he was one of the first publishers of an sf fanzine way back in the late 1930s. He was one of the most prominent fans of all time, highly sought after and much respected for his reviews of novels and films. With his good friend Robert Bloch he kept many conventions lively and memorable. Rumor had it that he rarely said no to a drink.
Professionally he wrote numerous mysteries and science fiction novels. In sf his major achievements are probably The Long Loud Silence, (1958), The Year of The Quiet Sun (1970) and Resurrection Days (1981). Remarkably the latter two are admired by both traditionalists and New Wave writers and readers alike.

He was a good friend of Roger Ebert and Ebert, in recalling his days as an sf fan in the late Fifties and early Sixties, included a brief portrait of Tucker hauling three teenage fans—Roger, Vic Ryan and a nineteen year old Ed Gorman—to a convention in Cincinnati. I doubt Bob (not to mention Cincinnati) was ever the same.
Though tame by contemporary standards I think it’s well worth looking up.
-----------------

In one sense this was a riveting, well-written, timely (despite its age) novel. I couldn't put it down. In another sense, I dreaded every word of it. Red Baker is laid

off from his factory job. An alcoholic, self-pitying bastard, it is hard to summon up much sympathy for him despite this. He cheats on his wife, ignores the kid he claims to revere, and has a past that includes acts of crime. He is perfectly willing to let his wife support him as he turns down jobs that would help keep the family afloat. I can't remember a less likable protagonist than Red Baker. And yet he is entirely plausible. Every word of this novel rings true. Not a word seems misplaced.

I am certain there are a million Red Bakers roaming the streets, convincing themselves that they have been mistreated by everyone they come across, that they are worthy of a better hand than life has dealt them. Ward captures a character we all know in real life but seldom come across as the protagonist of a novel. He is not good enough and not bad enough for most writers to spend time with. This is a deadly honest and serious book.

I highly recommend this novel if you can manage enduring its protagonist. There is nothing to like about him, yet there is much to like about the book. Much.

Well, need you ask? Of course I'll gather the links.

Red Baker definitely sounds like the kind of guy I strive not to be...I'll have to seek that out (and am curious as to how old the novel is). Never have understood the need for the sympathetic protagonist, though I'm often willing to put down the book that offers a "sympathetic" protag who's actually some sort of utter ass...and then only if the author's misperception is matched by other sorts of incompetence.

I read a couple of Tucker's books before. "Of Ice and iron," maybe. I remember them as being OK but nothing grand. I have had the experience of rereading Andre Norton, though, who I loved as a kid but find a bit slow in many cases as an adult.

Charles--for Tucker, you should try THE YEAR OF THE QUIET SUN. Or his crime fiction.

Hi. This is Robert Ward, the author of Red Baker. Thanks for reminding people about my novel. I'm glad you couldn't put down. What i wanted to do was to write a deadly honest book about the real guys I knew in Baltimore and how they really lived. No bullshit genre crap with white knights charging around saving the world and turning down sex because they are too virtuous. This is how these guys really live. I grew up there and every guy I knew who was married had a "side" girlfriend. That is every guy that could have one did. The other guys either ewanted to ,but were too broke or too unattractive to get one ior too afraid of their wives to do it. It was a macho culture. Yes, it's wrong and the guys who did it wewre tortured by what they did but they did it anyway. Like the guys in Goodfellas, except most of them were very petty criminals. They lived hard lives with very few of the pleasures that middle class or upper mid class people have. Their work was backbreaking. They got into fights. They had wild senses of humor. Then their jobs were taken away and what little they had was also taken from them. Some of them killed themselves. Some of them went nuts. Some of them -very few-retrained and became computer workers. Some of them, like red, turned to petty crime with disastrous results. I wish you hafd also mentioned that wanda, Red's wife ,is a strong and self reliant person who won't put up with his shit for long.My novel won the PEn West Award as the Best Novel of 1985, and if you look on the barnes and Noble site right now you'll see that they compare it favorably with The "Great Gatsby" and "The Grapes of Wrath." One final thing...fifty per cent of all marriages now end in divorce. Millions of people are cheating, but for some reason, if you write about working class people they are supposed to be noble and self sacrificing, like, say The Waltons. That's not art, that's sentimental bullshit. Wealthy people cheat and go to shrinks and say how "conflicted they are. Then go cheat again. Poor people cheat and when they feel guilty, which they do, get drunk. In the end, both classes are doing the same thing. But only one of them is considered ok. More bullshit. I don't approve of any of it. But as a writer I understand it. Thanks again.

Yes, I should have mentioned Wanda and Ace for that matter. Both of them were valiant, noble and deserved better than Red.
Great book. My husband is reading it now. I am so glad I came across it.