Who Was Your Literary Hero Growing Up?

Long before I thought about authors, I thought about characters. They were my heroes and I had more than a few. But if I had to choose one, it would be Betsy from the Betsy-Tacy series of books by Maud Hart Lovelace. They begin with Betsy-Tacy at the age of five and follow the two friends, and later a third friend, Tib into adulthood. The series began around 1940 and are still read today.

There is even a society.

Now, no these are not particularly adventurous girls but neither was I. They reflected the safe, sane world I long to find.

My other literary hero was a real one. I read THE DIARY OF ANNE FRANK a dozen times or more. I kept hoping for another ending. I never got one but her ability to write and be brave was the most inspiring story I ever read.

Who was your literary hero? 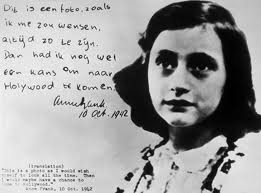 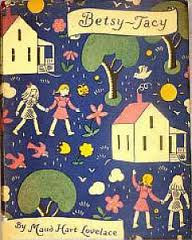 Jackie's was Pippi Longstocking, who lived her ideal life - had adventures and had no parents to tell her what to do.

Pippi was great but living in a tree was too adventurous for me .

hum, John Carter would be one of mine. Ryan Tyler from Louis L'Amour.

Tarzan and Conan. Hasn't really changed. come to think of it...

The Hardy Boys series when I was really young. But then at age 9 came Tarzan and John Carter of Mars.

Hopalong Cassidy, The Hardy Boys (more Frank than Joe, who always seemed to me a bit of a wuss), Perry Mason, and Bomba the Jungle Boy.

I guess Betty and Veronica if we're taking comics.

No one. My childhood reading was eclectic and sporadic. When I was in high school I read the complete Sherlock Holmes mysteries so he was probably my first literary hero.

The Hardy Boys for me too, along with Tom Swift Jr. I also wanted to be in the Stone family featured in Heinlein's Rolling Stones. Later, David Falkyn, Poul Anderson's hero and sidekick of Nicolas Van Rijjin.

A late bloomer (I'm still catching up), I didn't read as a kid until I was forced to ... so my earliest literary memories probably don't sink in until high school (aside from sports bios, Willie Mays, etc.) ... The Stranger during my sophomore year of high school kind of nudged me into reading, although I detoured after that year until college ... pretty pathetic, come to think of it now.

I think your experience is pretty typical for most men, That you came to it at all is wonderful.

Started out with Captain America and Batman, then Conan of Cimmeria opened the door for all manner of fantasy heroes: Aragorn, Fafhrd and the Gray Mouser, etc.

I should have said that my first "literary" hero was probably Santa Claus, of song, poem fame. A guy who comes around and gives me presents? What not to like?

I dunno--most women I work with, in a media-soaked environment, aren't the biggest readers, either.

Meanwhile, writers were more likely to be my heroes than fictional characters. Characters were...fictional...

As close as I might get as a kid would be the likes of Claudia in FROM THE MIXED-UP FILES OF MRS. BASIL E. FRANKWEILER by E. L. Konigsburg or Maftu in CALL IT COURAGE by Armstrong Sperry...

BOMBA was fiction before he/it was comics...much like the Hardys, and from the same people.

I was a reader for a long long time before I gave any thought to writers.