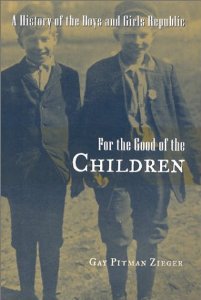 This video was made by a family friend of the Ziegers and I thank Robert Zieger for sharing it.

Four months ago, I wrote about the death of our friend, Bob Zieger, a retired history professor at U-Florida, Gainesville. He wrote many important books on unions that grace our shelves.

Gay was one of those "special" people that you cannot find anything bad to say about no matter how hard you look. She was an incandescent presence in our lives with a child-like wonder about everything. She was a writer, an artist, a teacher, a reporter. a mother, a wife. She loved our kids and spent countless hours with them in their childhood, even playing dolls with Megan. Some people never seem to grow old and she was one of them.

Her life was not always an easy one. She suffered from post-partum depression before it had a name. She wrestled with some disappointments while in Detroit, struggling for years to get her book FOR THE GOOD OF THE CHILDREN published.  But you never saw her without a smile on her face, without love in her heart. She marched against the war in Vietnam with her baby in a buggy. She was totally engaged in life, in literature, in politics, in teaching, in music, in people. And in Florida, her gift for teaching English was valued at Santa Fe College.

But she wasn't ready to make a new life without Bob and so she didn't. I am thankful she had her son, Robert, and his family with her these last months. And the end was sudden. Two days before she died, she responded to a posting of mine on facebook and I thought, "Oh good, she is coming back to life." But I think instead now, she was leaving. Saying goodbye somehow.

I am so sad I will never get one of her watercolors in the mail again. You can see how lovely they are on this video. 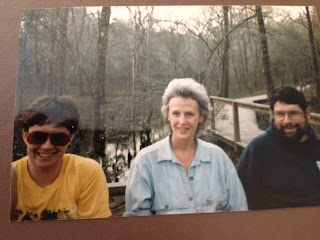 We've had a startling number of friends die this summer. And our family doctor died suddenly, too! We had been going to him for 30 years.

And they call it the golden years!

What a tribute - Thanks, Patti. And thanks for sharing about their lives.

That's a shame but not a surprise. A lot of surviving spouses in long-term marriages die within a year or two when they lose their spouse.

Sad to see the good ones go.

She was a wonderful artist! Thanks to the family and to you for sharing this.

My grandmother passed away last week, and it's nice memories like the ones you just posted that see me through.

I'm so sorry for your loss, and glad you shared this tribute. Nice.