Two Shows You Should Be Watching

if you have BBC AMERICA or SUNDANCE.


ORPHAN BLACK has the best performance on TV I have ever seen. If you like a combo of science fiction and crime fiction, this is for you. It is on BBC-America and has been renewed. Watch one actress play six parts and you will be amazed that each one is completely distinct. Sometimes she plays one character pretending to be another.

RECTIFY on SUNDANCE is the story of the release of a man in prison, on death row, for 20 years when DNA evidence makes the case against him murky. This is a slow and contemplative look at what happens to someone after 20 years alone. It examines southern culture, religion, philosophy. Terrific stuff. 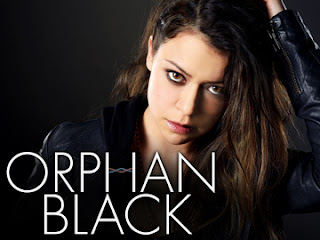 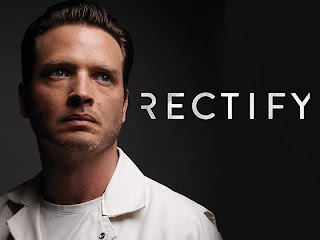 These are exactly the two shows that blew me away this spring, Patti, closely followed by Above the Lake. Sundance and BBC are kicking it.

Just goes to prove that tastes are very different.

We had to stick with it for a second episode to see where it was going, Jeff. At this point, I am starved for shows not exclusively about cops. And also ones where a woman is resourceful.

I think it's worth watching for the actress even if you don't care for the plot. That's true for the actor in Rectify as well.

Better than Tracy Ullman and the dozen or so characters she played??

Yes, Dave, Tatiana Maslansky is hitting most of the right notes in her performance as clones who have been raised in wildly different circumstances, and nothing as broad as Ullman's lesser sketch characters...the series definitely does improve (giving, for example, our first clone's foster brother somewhat [if not quite as much as one might hope] greater depth than the nelly stereotype he starts as).

TOP OF THE LAKE was perhaps a bit too typically Jane Campion, but was better than any of her films I've seen except HOLY SMOKE, and was also pretty good for resourceful women (even if also given to women who allowed themselves to be walked over when plot convenient, hello again there Ms. Campion).

And I like Abigail Spencer in RECTIFY even better than Aden Young, and quite aside from Spencer being quite gorgeous...she has a tougher part to play, since Young gets to play a fellow who's had to numb himself to keep sane, while Spencer's crusading sister is all raw nerves, good intentions, righteous anger and insufficiently rewarded puzzlement as to how to go forward, either in helping her brother and the rest of her family or for herself. The bonehead stepbrother (not quite a stock character) and his wife have been quite good, as well. Worst aspect of RECTIFY is how skimpily they've been handling the activities of the real culprits in the crime that put Young's character away. They make that important, then throw it away. Too few episodes in the first season didn't help that much...they needed room for the family of the exonerated man.

I only had a chance to watch the first four of Rectify before I had to come back to my own cable package, but will catch the rest somehow. I think what I found so interesting is that Young and the writer could make numbness and return to the world so compelling even without a lot of action. I haven't even gotten to alternative criminals yet. In some ways what worked for me was that the compassion you feel for the character has little to do with whether he is innocent or guilty.

And I was really surprised to see Elizabeth Moss play such a different sort of character in Top of the Lake. I am not a huge fan of Campion, except visually. I don't think I even entirely understood the outcome, though we can leave that out due to the spoilerish nature of it.

Thanks for the list of other things to check out.

What Todd and Seana said!

What Todd and Seana said!

I'll check out ORPHAN BLACK. I had not heard of RECTIFY but we have the SUNDANCE channel in our cable package so I'll give that a try, too. Only two more episodes in THE KILLING!

The pace of RECTIFY is very different from other TV shows. It is very much about what being in jail from 20 to 40 might produce in what was probably a passive, dreamy kid. So you do have to be patient. I still have two episodes to go. And two to go on Orphan Black, which is as quick as RECTIFY is slow.

I love ORPHAN BLACK. I just worry about Ms. Maslany. Not even thirty, and when will she ever have this much fun again?

My favorite clone is the crazed soccer mom Allison. She's stealing the show from the other clones, which means Tatiana Maslany is stealing it from herself.

I think she gets the best lines, Al!

Indeed, above I typo the ORPHAN BLACK lead's name, Canadian actress Tatiana Maslany. As the PHILADELPHIA CITY PAPER tv reviewer noted, she might or might not be doing the best acting on television right now, but she sure is doing the most acting...