HOW I CAME TO WRITE THIS STORY: Ron Earl Phillips 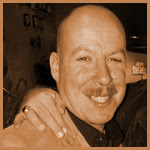 As Luca Veste put it several times over, he invited writer after writer to contribute his worthy charity anthology, Off The Record, and everyone accepted. I was one of those writers. I foolishly jumped aboard.

I had just finished up the story "The Dog Catcher" for the Flash Fiction Friday writing prompt, City of Lost Children, which was facilitated by Thomas Pluck and Fiona Johnson. This prompt did incredibly well, aided by generous donations by Tom and Fi and the inclusion of the Fictionaut community. Luca was among the nearly 50 contributors. He read my story and made his pitch. It was a good pitch. No wonder he got an overwhelming response.

Luca told me, like he told the others, all we had to do was choose a song title. He gave several suggestions, but I ultimately found myself fixated with American Pie by Don McLean. Anyone who knows the song, knows it the song already has a story. It's a tribute in part to Buddy Holly and how it affected a young Don McLean as he grew up into a changing world of the 60s.

To me, the song has many cords that dealt with economic, sociological and political change. A lot of what we are facing today. So I had several ideas spinning around my head that I wanted to tie to themes of the song in one cohesive story. That was a struggle due to word limitations and a want to stay in my wheelhouse, crime fiction.

"American Pie," as it came to finish, is a good distance from where I wanted to take it, crime fiction was out, but in the end, I think I managed to tell a personal story of loss, of regret, with a last glimmer of hope.
--
Ron Earl Phillips
Posted by pattinase (abbott) at 3:00 PM

I haven't read this collection of stories, yet, but I'm looking forward to it.

Great! Child literacy thanks you!