How I Came to Edit This Book: John Kenyon 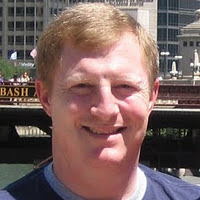 HOW I CAME TO EDIT THIS BOOK
So, I had an idea about this time last year as I was reading some fairy tales to my then-3 year old: what if you took the premise of a fairy tale and recast it as crime fiction? It wouldn't take much; these tales, particularly in their true Grimm-fueled depravity, are quite dark. I was reading "Puss in Boots" and immediately began to think of a plot that would pull the story into the present.
But how to explain this premise? If I submitted the story to a publication, would it require a long set up? If not, without that context, would it work? I decided that the best bet would be to surround it with like-minded stories. Thus, a idea was hatched. I got on my blog, Things I'd Rather Be Doing, and issued a challenge to writers to pen a story that updates a fairy tale as a crime fiction story.

The response was fantastic, and I ended up with 16 great stories (with my own humble contribution making it 17 total). I posted the links, people read the stories and liked them and then, well, that was it.
But the stories wouldn't go away. I kept going back to them, thinking there should be a more permanent way to present these. I had just read the collection Discount Noir and Terminal Damage, anthologies with a similar genesis, and realized what I had was an ebook just waiting to be published.
I contacted the folks behind Discount Noir, Untreed Reads, and made my pitch. They were enthusiastic about the project, and we then spent the last several months working on it -- editing the stories with the writers, lining up the wonderful Ken Bruen to write an introduction, working with Untreed on the presentation and design and more.
In the meantime, popular culture seemed to catch up with what I conceived while reading to my son that day. There was a film retelling of "Little Red Riding Hood," and at least two television shows, including the NBC show, "Grimm." The world, it seems, is ready for this.
The result is GRIMM TALES, what on the surface is a collection of crime fiction stories from the likes of Nigel Bird, Patricia Abbott, Eric Beetner and others, but which is actually much more -- a way to tap into the innocence of another time... and then sully it, and evidence that a great story has resonance no matter the context.
JK
Posted by pattinase (abbott) at 2:00 PM

Labels: HOW I CAME TO EDIT THIS BOOK

Thanks for the great job you did with this one, John! I'm honored to be a part of it.

It's a great collection. All the writers really stepped it up with this prompt. Glad to be a part of it!

I was giddy that Bruen called my story a gem. That was some mighty big praise he sent your way, Ms. Abbott.

I'm with you, Loren and Eric. This one is great and it is an honor for me to be in it with all of you.

I haven't figured out how to download it yet.